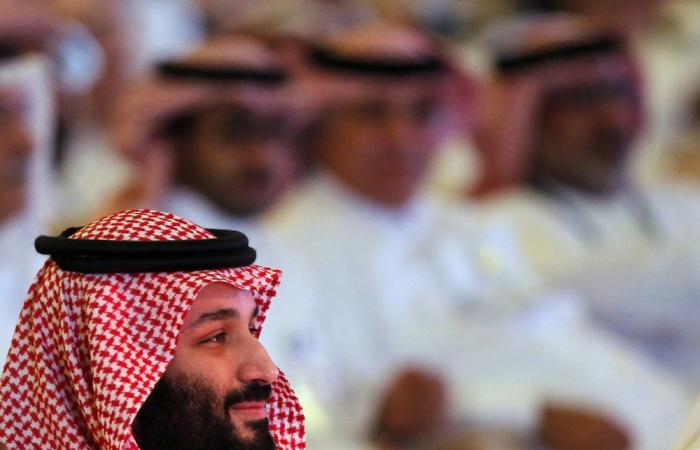 Mohamed Nass - Cairo - RIYADH, Saudi Arabia (AP) — Saudi Arabia is expected to set a new record for the largest stock flotation in history on Wednesday with the sale of part of Aramco, the state-owned oil company valued at $1.7 trillion.

The offering’s success is crucial to the ambitious plan by Crown Prince Mohammed bin Salman to overhaul Saudi Arabia’s economy and wean it off its reliance on oil revenue for survival.

The company is looking to raise $29.4 billion from selling a 1.7% stake on the local Saudi exchange, making it the world’s biggest ever initial public offering. Prince Mohammed had envisioned an even bigger stock market debut for the kingdom’s crown jewel. The aim is to attract foreign investment to rapidly create jobs for millions of young Saudis entering the workforce as he prepares to inherit the throne.

The government has traditionally been the primary employer of Saudis, but lower oil prices, a budget deficit and a large young population mean the private sector must expand to absorb new entrants into the workforce to keep unemployment from rising beyond 12%.

The flotation is “a step in the right direction that will enable the crown prince to build confidence around Aramco,” said Ayham Kamel, head of Eurasia Group’s Middle East division.

That could lead to confidence in the Saudi economy and generate billions of dollars in capital to invest in job-creating projects, analysts say.

What the 34-year-old crown prince had initially sought was a $2 trillion valuation for Aramco and the sale of up to 5% of the company — on an international stock exchange as well as the Saudi market — that could raise $100 billion.

Instead, potential buyers thought his $2 trillion valuation was too high. And the company ditched plans to list outside Saudi Arabia, amid headwinds including lower oil prices, heightened geopolitical tensions and climate change concerns.

In September, Aramco’s main crude oil processing plant and an oil field were struck by missiles and drones, knocking out about half of Saudi Arabia’s daily production or nearly 6% of global daily crude production. The U.S. and Saudi Arabia blame Iran for the attack. Iran has denied the allegations.

The attack underscored how Aramco’s stability and security is tied to that of the Saudi government and its ruling family, who also stipulate Aramco’s oil production levels.

Just Friday, OPEC and allies like Russia said they would cut oil production by another 500,000 barrels per day to support prices. Saudi Arabia, OPEC’s heavyweight, said it would shoulder 40% of that cut and bring its daily production down by 200,000 barrels to 9.7 million barrels per day. Saudi Arabia’s deeper cuts could support Aramco’s valuation.

The company, which has exclusive rights to produce and sell Saudi Arabia’s oil, remains extremely profitable. It made net income of $111 billion last year, more than any other company globally. Profits were down for the first nine months of this year, but still rang in at a sizable $68 billion.

Greg Priddy, director of global energy at consultancy Stratfor, says it seems unlikely that Aramco will try to list its shares on an exchange outside Saudi Arabia once a 12-month block on doing so expires. That’s because it could undermine Aramco’s valuation, which he says is being artificially bolstered domestically in the short term as it lacks large-scale foreign investors

Rather than pursue a “more realistic valuation and course of action,” Priddy said the crown prince appeared to be driven by a need for a “big win” in terms of domestic prestige and public confidence. In practice, that could weaken the prince’s plan, dubbed Vision 2030, to diversify the economy away from oil.

“It will be higher than the 2 trillion and l can bet that this will happen,” he said.

By choosing to list locally, Saudi Arabia made it so that only Saudi nationals, expatriate residents of Saudi Arabia and Gulf nationals could buy the stock as individual investors.

“We kept it to our family and friends,” Prince Abdulaziz said.

The company said last week that it was selling 0.5% to individual investors and 1% to institutional investors, valuing the IPO at $25.6 billion. One of the IPO advisers, Saudi Arabia’s National Commercial Bank, said Monday that Aramco has since exercised an option to sell more shares, for a total stake of 1.7% valued at $29.4 billion. A senior executive at the bank quoted by the Saudi Al Arabiya broadcaster, said foreign investors represented 23% of institutional investor interest in the IPO, with Saudi funds making up the bulk, including a sizable interest registered by the Saudi Public Pension Agency.

To encourage Saudi citizens to buy and keep hold of the stock, the company says it will pay a dividend of at least $75 billion in 2020. Individual Saudi investors who hold their shares for six months from the first day of trading can receive up to 100 bonus shares, or one for every 10 held. The government also encouraged Saudis by making it easier to access credit for stock purchases. There were reports that the prince, who led a shakedown of top royals and businessmen during an anti-corruption sweep in 2017, also pressed wealthy Saudis to contribute.

Institutional investors, many of them Saudi or Gulf-based funds, raised more than $100 billion during the book-building period that closed last week.

“If they are able to garner enough interest right now, that should provide a benchmark for the pricing of Aramco shares… and that can be used at a later date when they’re trying to go for an international market,” said Ranjith Raja, a lead analyst at Refinitiv.

Kamel, of Eurasia Group, said the real test for the prince’s diversification plans will come in 12 or 18 months when Aramco could choose to sell more shares on an international exchange.

“If they’re not able to sequence it and present a credible plan that will attract a large set of investors, then I think that would mean Vision 2030 as a whole is at risk,” he said. “That’s why this IPO or the public listing in Tadawul is one positive step, but it’s insufficient.”

These were the details of the news Saudi prince’s ambitions hinge on triumphant Aramco sale for this day. We hope that we have succeeded by giving you the full details and information. To follow all our news, you can subscribe to the alerts system or to one of our different systems to provide you with all that is new.