‘Everyone wants Hariri’: ex-prime minister set for a return after resignation 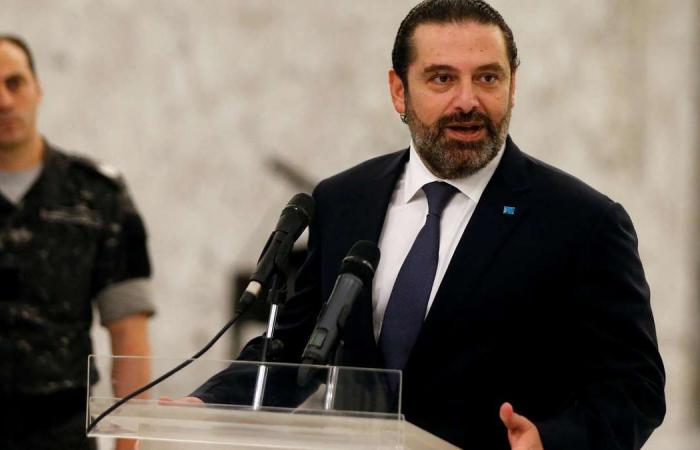 Thank you for your reading and interest in the news ‘Everyone wants Hariri’: ex-prime minister set for a return after resignation and now with details

Hind Al Soulia - Riyadh - Lebanese businessman Samir Khatib’s withdrawal from consideration to be Lebanon’s next Prime Minister has pushed Saad Hariri back into the limelight despite his previous declarations saying that he refused to return as premier.

Late on Sunday evening, President Michel Aoun postponed parliamentary consultations that had been announced for Monday to December 16 after Mr Khatib bowed out.

The decision was made after Mr Khatib, 74, said on Sunday that Grand Mufti Abdellatif Deryan, Lebanon's highest Sunni Muslim authority, told him that "a consensus had been reached to name Saad Hariri as prime minister to form the next government".

However, Mr Hariri, who resigned on October 29 under pressure from mass anti-government protests said in November he had no interest in becoming Lebanon’s Prime Minister once more. He is currently serving as a caretaker PM until another can be agreed.

“Since the beginning, everybody wants Hariri, even the Shiites,” he said, referring to Lebanon’s two powerful Shiite parties, Hezbollah and Amal.

Since Mr Hariri’s resignation, his party, the Future Movement, and the president’s Free Patriotic Movement have accused each other of delaying the formation of a new government.

Mr Hariri previously said that he would only head a government of specialists - a key demand of protesters - while President Aoun argued that politicians should also be included.

Mr Khatib’s withdrawal comes three weeks after former finance minister Mohamad Safadi also gave up the prospect of being the country’s next Prime Minister despite having the backing of three important political parties.

Once the new Prime Minister is nominated, negotiations between Lebanese political parties to form a new government may take some time, Mr Aoun, who is a member of the FPM, warned.

“If [Mr Hariri] is not flexible at all, it could take a long time,” he said.

On Monday, France announced it would host an international conference on Lebanon on December 11, adding that the meeting aimed to push Beirut to quickly create a government that could restore the economic situation in the country.

"This meeting should enable the international community to call for the rapid formation of an effective and credible government, which takes the necessary decisions to restore the economic situation and meets the aspirations expressed by the Lebanese people," Foreign Ministry spokeswoman Agnes von der Muhll said.

The nature of consensual power sharing in Lebanon, which is based on proportional representation of the country’s many sects, created a delay of nine months in forming the last government. Protesters have called for an end to sectarianism, which they say encourages corruption.

Mr Aoun said that parties were ready to accept a government of specialists with “minimal political representation”. The Interior Ministry would stay headed by Raya Al Hassan, a member of the Future movement, while others could be changed, he speculated.

Mr Aoun said that it remained unclear whether caretaker Foreign Minister Gebran Bassil, the head of the FPM and one of the most unpopular politicians in government, would be included in the next government. On December 3, Mr Bassil said that he was ready to take a step back if that would accelerate the implementation of reforms.

These were the details of the news ‘Everyone wants Hariri’: ex-prime minister set for a return after resignation for this day. We hope that we have succeeded by giving you the full details and information. To follow all our news, you can subscribe to the alerts system or to one of our different systems to provide you with all that is new.