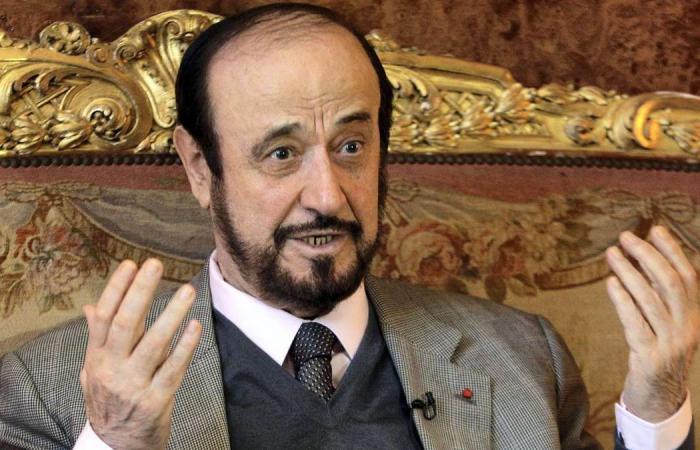 Hind Al Soulia - Riyadh - The uncle of Syria’s President Bashar Al Assad will go on trial in Paris on Monday on charges he laundered Syrian state funds to build a multi-million-dollar property portfolio in France.

Rifaat Al Assad, who is accused of being behind the 1982 Hama massacre that saw as many as 40,000 people killed, allegedly committed a host of crimes including tax fraud and misappropriation of funds between 1984 and 2016.

The 82-year-old is not expected to appear in the dock and will miss the trial for medical reasons.

His brother Hafez ruled Syria from 1971 and 2000 and was succeeded by his son Bashar. Rifaat Al Assad left Syria in 1984 after mobilising his supporters to mount a failed coup against his brother. He now splits his time between the UK and France, and his four marriages have given him 16 children.

The sister of one his wives married the late King Abdullah of Saudi Arabia.

Rifaat Al Assad’s property empire is believed to be nearly $100 million and includes two Paris townhouses, a chateau and a large office space in Syria.

Two years ago, a Spanish high court confiscated over €600m of assets linked to him amid similar charges. Last month a Spanish judge announced he wanted to try Assad, eight of his children and two of his wives.

Judge José de la Mata said that since the mid-1980s he had invested money siphoned from the Syria state into property and business ventures in Spain. The goal was to conceal and launder the financial capital.

Mr del la Mata explained that the ploy was successful by “the sharing out of tasks and the perfect coordination between all the members of the organisation: the father and leader, Rifaat Ali Al Assad, was concealed behind all the others”.

The judge also said that in the 1970s Assad had illegal obtained money from extortion, drug trafficking and stealing archaeological items.

Assad has maintained that his lifestyle was made possible by gifts from the Saudi royal family that amounted to more than a million dollars per month but French investigators say his explanation does not add up.

He was investigated in Switzerland for his role in the Hama and Tadmor massacres in the early 1980s as the commander of an elite Syrian unit.

These were the details of the news Bashar Al Assad’s uncle on trial in France on money laundering charges for this day. We hope that we have succeeded by giving you the full details and information. To follow all our news, you can subscribe to the alerts system or to one of our different systems to provide you with all that is new.