Hello and welcome to the details of Fast and furious: Ontario 19-year-old charged for 'unbelievable' speeding and now with the details

MONTREAL, May 11 — A 19-year-old man has been charged with dangerous driving after “unbelievable” speeding on an Ontario highway, Canadian police said yesterday.

“This is the fastest speed that I've ever heard of,” said Sergeant Kerry Schmidt in a video posted to Twitter. “Unbelievable speeds, we're talking 308 kilometres per hour (191 mph).”

The driver, accompanied by another man his age, was driving his father's Mercedes late Saturday night on the Queen Elizabeth Way highway. His driver's licence was immediately suspended and the car impounded for seven days.

“This is absolutely egregious for anyone to be going those kinds of speeds,” Schmidt said, adding that other drivers honked their horns to express their satisfaction when police pulled the teen driver over. — AFP

These were the details of the news Fast and furious: Ontario 19-year-old charged for 'unbelievable' speeding for this day. We hope that we have succeeded by giving you the full details and information. To follow all our news, you can subscribe to the alerts system or to one of our different systems to provide you with all that is new.

Covid-19: ‘I have only bad news’ PM warns Hungary, as hospitals face worst weeks yet 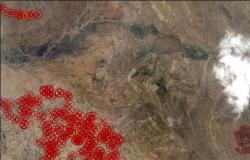 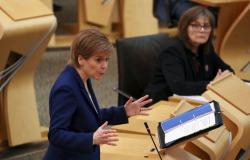 What is the feud rocking Scotland’s government? 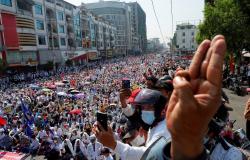