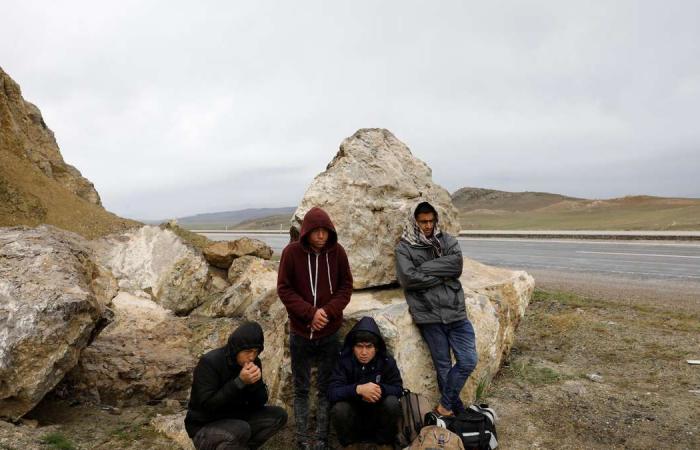 Hind Al Soulia - Riyadh - A suspected high-ranking member of an international human trafficking gang has lost a battle against extradition from the UK to Germany where he is due to stand trial accused of smuggling hundreds of Middle East migrants to Europe.

Briton Rayhan Shirnakhy faces 27 criminal charges after migrants from Iraq, Iran, Afghanistan and Syria, who paid up to 20,000 euros each, were moved by truck across Europe to Germany, according to UK court documents.

Mr Shirnakhy was allegedly responsible for recruiting truck drivers, arranging the pick-ups and negotiating payments to the drivers.

He was arrested last year in the UK along with a second Briton, Jamal Hosseinali, who is accused of securing forged visas for the migrants to secure asylum in Germany. A UK court heard that the migrants were sometimes lied to about the reasons they could use to apply for asylum.

The men appear to be connected to an organised crime gang that was broken up by police during a coordinated pan-European operation on November 13 last year.

Officials in Germany, Romania, the UK and Turkey investigated the role of 36 people accused of smuggling at least 580 migrants earning more than €2 million, according to Eurojust, a body that links prosecutors across the 27-nation European Union.

The migrants travelled from their home countries via Turkey and Greece to Romania where they were loaded into containers. Trucks then took them to Germany via Hungary and the Czech Republic, Eurojust said.

Four drivers were jailed in Germany for up to five years. Eurojust said the “main organiser” was arrested in London and his extradition was sought. Eurojust declined to confirm this was Mr Shirnakhy.

Mr Shirnakhy’s lawyer and the Office of the Public Prosecutor for Weiden in der Oberpfalz, Germany, which was leading the inquiry, could not be immediately reached for comment.

A British judge ruled in September that the two men should be extradited to Germany but they appealed against the ruling.

Mr Shirnakhy’s lawyers had claimed that local level officials in Weiden in der Oberpfalz did not have the authority to seek his extradition. Mr Hosseinali said that his extradition was “unjust” and “oppressive” because of his moderate depression and claimed to have tried to kill himself, the court was told.

Mr Hosseinali said that he had taken drugs overdoses in 2013 when he divorced and in 2018 when his girlfriend was arrested in Iran, the court heard.

Defendants who are unsuccessful with their appeals against extradition are deported within 10 days or at a later agreed date between the two countries, according to official guidance.

These were the details of the news Suspected people smugglers lose extradition battle to Germany for this day. We hope that we have succeeded by giving you the full details and information. To follow all our news, you can subscribe to the alerts system or to one of our different systems to provide you with all that is new.