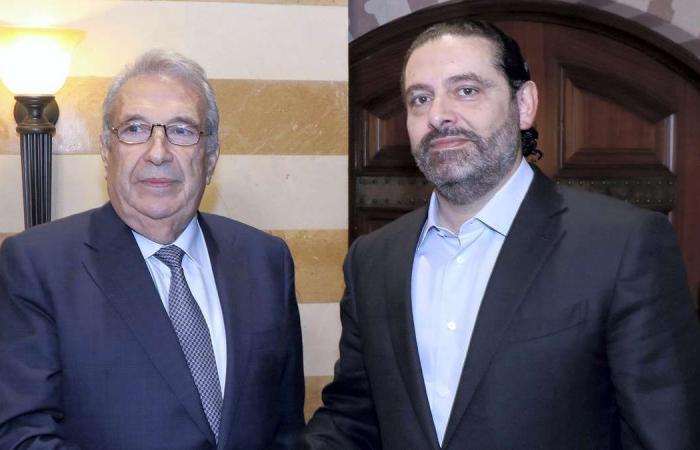 Thank you for your reading and interest in the news Lebanon crisis: PM candidate Samir Khatib withdraws from consideration and now with details

Mr Khatib, 72, who had been considered certain to be endorsed by parliament when it convened to select a new head of government on Monday, announced his decision after a meeting with Lebanon’s top Sunni religious authority.

He said Grand Mufti Sheikh Abdellatif Deryan told him that "a consensus had been reached to name Saad Hariri as prime minister to form the next government".

"I learnt ... that as a result of meetings and consultations and contacts with the sons of the (Sunni) Islamic sect, agreement was reached on nominating Saad Hariri to form the coming government," Mr Khatib said.

He said he would head to Mr Hariri's Beirut residence to inform him of this "because he is the one who nominated me to form the new government".

Mr Hariri currently heads a caretaker government after resigning on October 29 and had backed Mr Khatib’s nomination. Both men are Sunnis, which is a requirement for the prime minister’s post under Lebanon’s confessional political system.

Attempts to get Mr Hariri to form the new cabinet failed after parties that had been part of the government rejected his demand that the new one be made up of technocrats in keeping with protesters’ demands. Among the groups insisting that politicians be included were the powerful Shiite party Hezbollah and its ally, President Michel Aoun.

Other candidates suggested for the prime minister's post have been rejected by protesters.

After weeks of delay amid political wrangling over the composition of the new government, Mr Aoun had called for mandatory parliamentary consultations starting on Monday to decide on a new premier.

Lebanon desperately needs a new government to rebuild trust with both protesters demanding a cabinet of independent experts, and international donors able to provide financial aid.

The economy is in freefall, even as Lebanese struggle with a dollar liquidity crisis.Mr Hariri on Saturday sent letters to the leaders of Germany, Spain and Britain asking for aid to allow Lebanon to continue importing essential goods, a day after he sent similar appeals to countries including Saudi Arabia, the United States, Russia and China.

Mr Hariri has been prime minister on and off since 2009, stepping down and returning on two previous occasions.

The 49-year-old follows in the footsteps of his father, late premier Rafiq Hariri, and is considered the traditional political leader of the country's Sunni Muslim community.

These were the details of the news Lebanon crisis: PM candidate Samir Khatib withdraws from consideration for this day. We hope that we have succeeded by giving you the full details and information. To follow all our news, you can subscribe to the alerts system or to one of our different systems to provide you with all that is new.