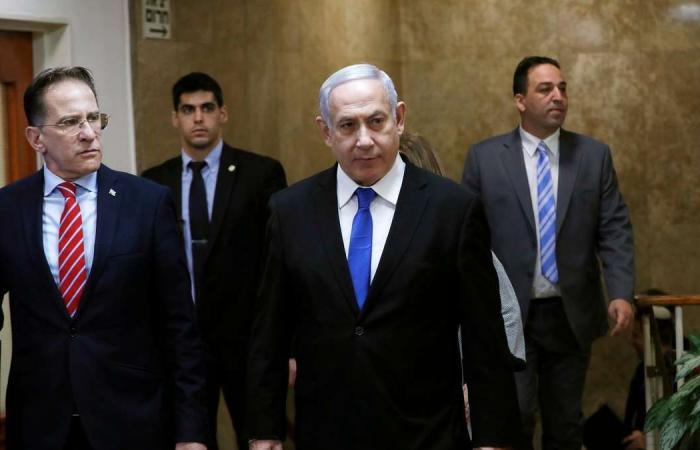 Hind Al Soulia - Riyadh - Israeli Prime Minister Benjamin Netanyahu revealed on Sunday his plans for annexation of large areas of the occupied West Bank despite international criticism that it would not only violate international law but torpedo any hopes of a sovereign Palestinian state.

"It's time to apply Israeli sovereignty over the Jordan Valley and legalise all the Judea and Samaria settlements, those that are in settlement blocs and those outside of them," he said, using the biblical term for the West Bank.

"They will be part of the State of Israel."

The Palestinians seek all of the occupied West Bank, captured by Israel in 1967, as the heartland of their hoped-for state. The Jordan Valley comprises some 25 per cent of the West Bank and is seen as the territory's breadbasket and one of the few remaining open areas that could be developed by the Palestinians.

The majority of the international community considers the outposts, built across the territory after Israel won the 1967 Arab-Israeli war, to be illegal.

But the United States has effectively green-lighted Israeli plans to annex large parts of the West Bank, with US Secretary of State Mike Pompeo announcing last month that Washington no longer shared the widely held international position that the settlements are illegal.

Mr Netanyahu called on the US to back his annexation proposal, at least for the Jordan Valley, despite widespread condemnation about plans for the unilateral move.

"I want American recognition of our sovereignty over the Jordan Valley, it's important," Mr Netanyahu said, noting he recently discussed the issue with US Secretary of State Mike Pompeo at a meeting in Portugal, without presenting a formal plan.

“It was said that we had not discussed a formal plan and that was true, but the issue was raised and I raised it with Secretary of State Mike Pompeo and I intend to raise the issue with the Trump administration,” the prime minister said.

Mr Netanyahu has said in the past that the wider moves to annex or "legalise" settlements in the occupied West Bank would be in coordination with US President Donald Trump and his long-awaited peace plan.

But, on Friday, the US House of Representatives passed a resolution supporting a Palestinian state and determining that the US should "discourage" steps such as "unilateral annexation of territory". It is a non-binding resolution bill that passed along partisan lines.

In its first-ever resolution on a West Bank annexation, the House said that a two-state solution "can both ensure the state of Israel's survival as a Jewish and democratic state and fulfill the legitimate aspirations of the Palestinian people for a state of their own."

The United States should "discourage steps by either side that would put a peaceful end to the conflict further out of reach," the resolution said.

Around 400,000 Israeli settlers live in the West Bank alongside around 2.6 million Palestinians.

The settlements are viewed as major stumbling blocks to peace as they are built on land the Palestinians see as part of their future state.

The Trump administration, whose evangelical Christian base staunchly backs Israel, has not condemned annexation and rallied behind Mr Netanyahu.

Arab states have continued to make clear that they only support a two-state solution. That position is based on the 2002 Arab Peace Initiative, which calls for peace with Israel based on the creation of a Palestinian state.

One of the most vocal critics of the Israeli government's moves has been Jordan, which maintains ties with Israel. Last month, Jordan’s King Abdullah said ties between the kingdom and Israel were at their lowest point since they signed a peace treaty 25 years ago.

Two territories that Amman leased to Israel as part of the peace agreement were also returned to Jordan last month, with Amman refusing to renew that part of the pact.

The agreement had allowed Israeli farmers to work in the two zones. Jordan had insisted that the agreement would end when the lease concluded.

The Israeli premier's remarks on Sunday, at a conference organised by right-wing newspaper Makor Rishon, came alongside an appeal to rival Benny Gantz to form a unity government and save the time and money involved in elections.

The September polls yielded no clear winner, and Wednesday is the last day for a member of parliament to propose a coalition before the country heads to another vote – the third in a year.

These were the details of the news Benjamin Netanyahu reveals annexation plan for West Bank settlements for this day. We hope that we have succeeded by giving you the full details and information. To follow all our news, you can subscribe to the alerts system or to one of our different systems to provide you with all that is new.