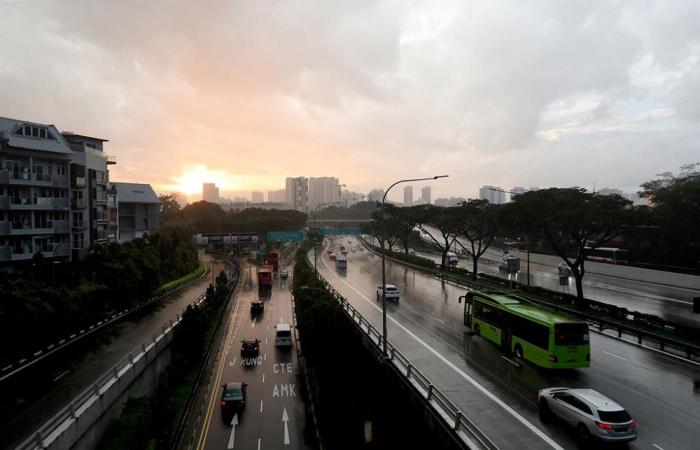 Hello and welcome to the details of Singapore’s circuit breaker: Experts take stock on Day 11 — When hoped-for positive effects were to show and now with the details

SINGAPORE, April 18 — Eleven days after the start of the circuit breaker to restrict movement of people, Singapore is still far from being out of the woods partly due to poor compliance with stay-home rules, several infectious health diseases experts told TODAY.

The 11th-day mark was an anticipated milestone — New Zealand, which imposed a two-week long nationwide lockdown on March 25, reported a positive turnaround in its number of new cases on Day 11, its prime minister Jacinda Ardern had said.

Noting this after a dialogue with Ms Ardern, Prime Minister Lee Hsien Loong said last week that he had hoped for Singapore to see similar positive results.

The circuit breaker, he said in a televised address on April 3, was meant to reduce the risk of Covid-19 pushing Singapore “over the edge” and gradually ease the crop of new cases.

During the period from April 7 to May 4, most workplaces except for essential services and key economic sectors will be shut down, people are to stay home except to buy necessities, exercise or see a doctor, and students have to do e-learning from home.

However, as more diagnostic tests were being done that show a hair-raising surge of infections among migrant workers residing in dormitories, the needle has moved the other way. This leads some to question if the circuit breaker measures are working.

Singapore is not at the inflection point that other countries were when they imposed similar lockdowns on people movement, though there are still many more days to go before May 4, analysts told TODAY yesterday.

However, it does not mean that the costly circuit breaker measures, estimated by one bank to cost Singapore’s economy S$10 billion, is failing.

The number of new cases in the community has dropped, from an average of 40 cases a day in the week before, to an average of 32 a day in the past week, MOH said in its latest statement yesterday night. Community cases are those which are not linked to the dormitory clusters.

This is a marginally encouraging sign, but it is still too early to tell if this is sustainable, Dr Leong Hoe Nam, an infectious disease specialist, said.

He added: “Judging from the behaviour of most people, I think it is a mark for early success. But we should not rest on the laurels, as we could lose what we have achieved in a few days.”

MOH also said that while the circuit breaker measures appear to have helped, it still has to monitor carefully the numbers over the next few days. “We are particularly concerned that it is increasingly difficult to link the new cases and identify the source of infection,” it added.

The number of new cases in the community with no known links to past cases or existing clusters has gone up slightly, from an average of 19 cases a day the week before, to an average of 22 a day in the past week.

There is also the indication of undetected cases in the community based on random testing of patients now in government hospitals.

Professor Ooi Eng Eong, deputy director of the Emerging Infectious Diseases Programme at Duke-NUS Medical School, noted that the numbers each day is representative of how the virus spread five to eight days ago — the estimated incubation period of Sars-CoV-2, the coronavirus that causes Covid-19.

“That the number of (new) cases from community-based transmission have plateaued, not including the work pass holders living in dorms, shows that what was implemented last week is working.”

Virus transmission is influenced by three factors: The inherent properties of the virus, the duration in which an infected person remains infectious, and the number of contacts between infectious persons and other susceptible individuals.

These countries are showing signs of a slower viral spread, which gave their healthcare system more bandwidth to deal with the cases appearing each day, a move known as “flattening the curve”.

Dr Fisher, who also chairs the World Health Organization’s Global Outbreak Alert and Response Network, said that unlike these countries that imposed lockdowns to buy time when the disease has already spread wildly, Singapore’s circuit breaker was a pre-emptive move, so comparisons with these countries may not be fair.

New Zealand’s lockdown happened at a similar stage of the epidemic curve where Singapore was at, which was probably why Prime Minister Lee had held up the country as an example for Singapore to emulate, Dr Fisher said.

Yet the promising narrative seen in New Zealand after Day 11, where the authorities there are now working towards easing some of the restrictions and there were eight new infections reported yesterday, is not the case for Singapore.

Compliance with the rules here is still an issue — Singapore’s authorities have handed out thousands of advisories and warnings, and hundreds of fines, since the start of the circuit breaker and the number still remains high.

Dr Leong, who is in favour of stronger enforcement measures, said: “Certainly, the current (circuit breaker) controls are still not good enough. We need to tighten more.”

But there is the law of diminishing returns to tightened controls, he added. What this means is that as the authorities ramp up their penalties and enforcement, there will still be a degree of non-compliance among people who will still breach the rules.

“Absolute compliance is needed to clear all the community cases If everyone obeys the circuit breaker rules, then the only person you can infect is your family, and thereafter the virus cannot pass on to anyone,” he said.

If the population continues to stay home as much as possible and comply with the regulations, despite possible fatigue or cabin fever, the positive result that the health authorities were hoping for may come soon, the experts said.

Dr Fisher said: “It’s no fun to be cooped up at home, but neither is it fun to experience a widely spreading disease or many, many deaths. With the new community cases remaining stable, I would expect over the next week or so, we may start seeing much reduced numbers in local community transmission.”

Circuit breaker measures work by reducing contact between individuals outside their home, but not when being home involves staying in close contact with hundreds or thousands of others, the experts said.

This makes necessary a distinct strategy for migrant workers, who are in close quarters with one another daily.

This is what the health authorities have been doing to break Covid-19 spread in dormitories by rehousing the workers elsewhere, testing cases actively and effectively putting them on lockdown.

“Treating all cases — both in the community as well as in the dorms — as a single entity will not be helpful. The conditions and hence control measures are necessarily nuanced,” Prof Ooi said.

The coronavirus has infected around 3,000 migrant workers so far, making them the biggest group out of the 5,050 cases in Singapore so far.

From a disease study expert’s point of view, what migrant workers face is completely different from what the rest of the population, but a surge of cases in any one group hurts both by taxing the national healthcare capacity.

This is precisely the situation that the authorities had sought to avoid when they announced the circuit breaker measures on April 3, the experts said.

Dr Annelies Wilder-Smith, a visiting professor of infectious diseases research at the Lee Kong Chian School of Medicine, said: “Unfortunately, this virus has found the weakest link in Singapore.”

She noted that the speed of Covid-19 transmission in the dorms is outpacing the speed of the interventions, which explains the sudden hike in cases over the past week.

“While testing in these dormitories has been enhanced at great scale and speed, and persons found to be positive are immediately moved out of these dormitories, the fact that transmission already occurs before symptoms appear means that many other persons have already been infected before the person is isolated,” she said.

On Tuesday, the health authorities said that some 5,000 workers will be tested this week, as part of a move to relocate essential workers to other accommodations, such as army camps, floating hotels, sport stadiums and vacant government-built flats.

Dr Fisher said: “The numbers (migrant workers diagnosed with Covid-19) will keep going upwards unless we can suddenly do 20,000 swab tests each day. If that does happen, then maybe we might be able to get it under control.

“For now, Singapore will have to test day by day.” — TODAY

These were the details of the news Singapore’s circuit breaker: Experts take stock on Day 11 — When hoped-for positive effects were to show for this day. We hope that we have succeeded by giving you the full details and information. To follow all our news, you can subscribe to the alerts system or to one of our different systems to provide you with all that is new.

PREV Brazil's Bolsonaro 'not afraid to lose' election, does not seek a coup
NEXT Portugal, France battle big forest fires as mercury soars