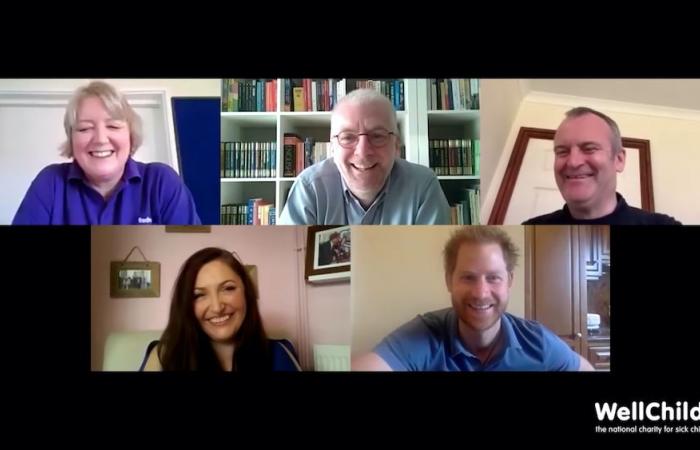 LONDON, April 16 ― Prince Harry has paid tribute to the families of children with severe health needs for persevering under the unique stresses of the coronavirus lockdown in Britain, drawing on his own, new experiences of parenthood.

Harry is a patron of WellChild, a British charity supporting children suffering from serious illnesses, and spoke to parents and nurses via a video call.

He reflected on his own time as a new father to Archie, born last May, as he asked parents about lockdown Britain.

“It’s certainly strange times... Full respect to every single one of you, because this is hard on everyone, but it is especially hard on you,” he said on the video published by WellChild.

“Of course there’s going to be hard days. I can’t even begin to imagine how hard it is for you guys. Having one kid, at 11 months old, is tough, so to see what you guys are going through on a day-to-day basis, honestly so much respect to every single one of you.”

Harry moved to Los Angeles earlier this year with his American wife Meghan after the couple gave up their roles as working members of Britain’s royal family.

The couple’s plans shocked Queen Elizabeth and the other Windsors but a deal brokered by the 93-year-old monarch saw them go their own way from April.

Harry alluded to having more time to spend with his family in California, which has also seen restrictions imposed.

He said that one positive of the lockdown might be having time to spend with the family ― “so much family that you almost think, do I feel guilty for having so much family time?” ― and added that it was important to appreciate positive moments when harder times inevitably lay ahead.

“You’ve got to celebrate those moments where you’re just on the floor, rolling around in hysterics because of something that’s happened, and inevitably, half an hour later, maybe a day later, there’s going to be something that you have to deal with, and there’s no way that you can run away from it,” he said.

These were the details of the news Prince Harry pays tribute to parents of seriously ill children in virus lockdown for this day. We hope that we have succeeded by giving you the full details and information. To follow all our news, you can subscribe to the alerts system or to one of our different systems to provide you with all that is new.