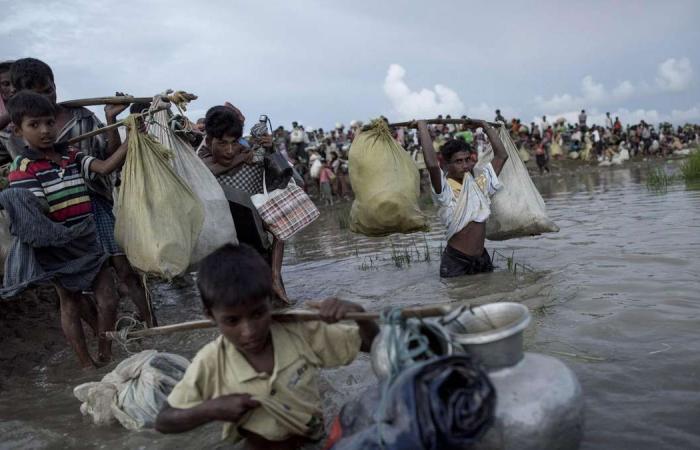 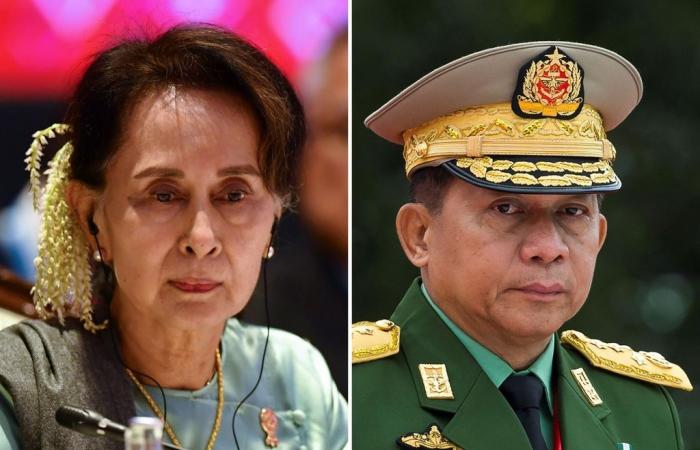 The tiny West African state of Gambia, acting on behalf of the 57-nation Organisation of Islamic Cooperation, will ask the International Court of Justice to take emergency measures to halt Myanmar's "ongoing genocidal actions".

But in a highly unusual move, the office of Nobel Peace laureate and Myanmar civilian leader Ms Suu Kyi has said she will lead a team to the UN's highest court, based in the turreted Peace Palace in the Netherlands.

Legal experts said Ms Suu Kyi would be one of the first national leaders to personally address the tribunal since it was set up in 1946 after World War II to rule in disputes between countries.

Her plan to appear before the court's judges for the three-day hearing starting on Tuesday was "unprecedented and also very unwise", Cecily Rose, an assistant professor in international law at Leiden University, told AFP.

"States never ever send politicians to lead legal teams at the ICJ," she said.

Although Oxford-educated, Ms Suu Kyi's background was "impressive, she has no legal qualifications and would be completely at sea before the court," Rose added.

Around 740,000 Rohingya were forced to flee into camps in Bangladesh after Myanmar's military launched a violent crackdown on the group in 2017, which UN investigators concluded amounted to genocide.

The case will be the first international legal attempt to bring Myanmar to justice over the crisis, and is a rare example of a country suing another over an issue to which it is not directly a party.

Muslim-majority Gambia's case alleges that Myanmar has breached the 1948 UN Genocide Convention. It is seeking the special measures pending a future decision by the court on whether to take on the wider case.

Any final judgment could take years.

Ms Suu Kyi has said she is heading to The Hague in order to "defend the national interests of Myanmar".

The country is expected to argue that the court has no jurisdiction, that its military operation was targeting Rohingya militants and that its own investigations into alleged abuse are adequate.

However, Ms Suu Kyi's international reputation has been tarnished by her response to the crisis, with critics saying she is acting as an apologist for the same military that kept her under house arrest for many years.

"It's highly unusual for top leaders to go to the ICJ themselves to defend their countries," said Willem van Genugten, professor of international law at the Netherlands' Tilburg University.

"What you often see is that they come to The Hague when a case is launched to attract extra publicity," he added, for example when then-Bolivian president Evo Morales came to The Hague for a ruling on a border dispute with Chile.

Myanmar faces other legal challenges, including an investigation by the International Criminal Court – another Hague-based tribunal set up in 2002 to probe war crimes – and a lawsuit in Argentina.

This week's case will be only the fourth in the ICJ's history invoking the genocide convention, after two involving the 1990s Balkans wars and another between the Democratic Republic of Congo and Rwanda in 2002.

ICJ judges have only once ruled that genocide was committed: the 1995 Srebrenica massacre of 8,000 Muslim men and boys in Bosnia.

"What might be seen as unusual about Aung San Suu Kyi leading the Myanmar delegation is the fact that she is viewed as personally responsible at some level for Myanmar's alleged wrongdoing," Mike Becker, assistant international law professor at Trinity College in Dublin.

"Suu Kyi is not personally on trial at the ICJ... but her presence will be remarkable."

These were the details of the news Suu Kyi set to make history by personally defending Myanmar at Hague genocide case for this day. We hope that we have succeeded by giving you the full details and information. To follow all our news, you can subscribe to the alerts system or to one of our different systems to provide you with all that is new.