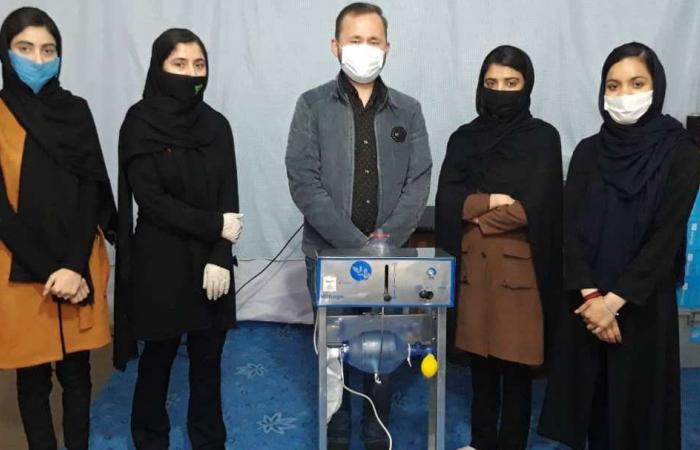 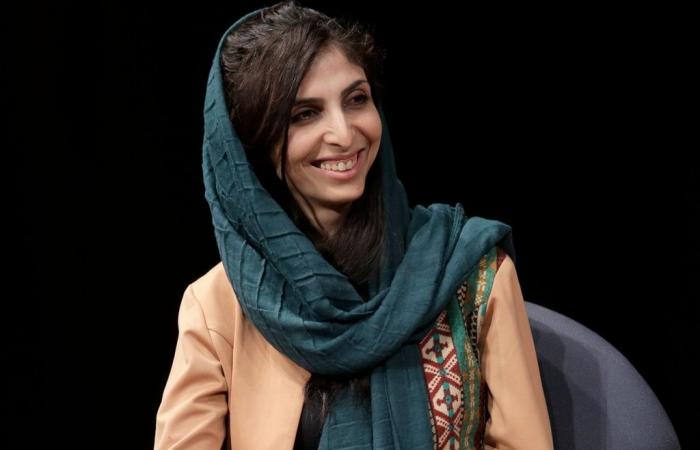 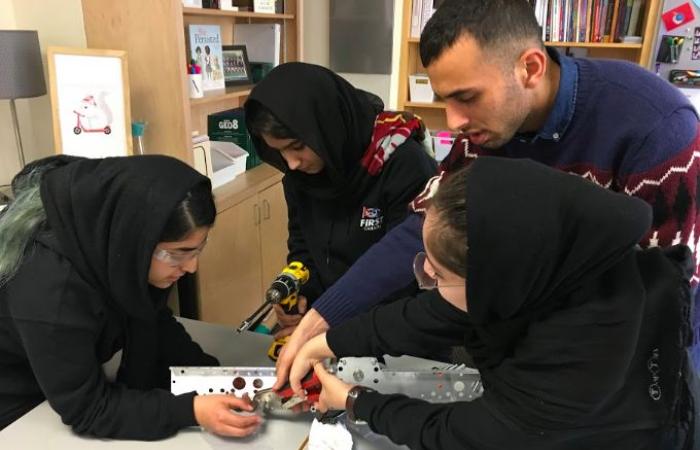 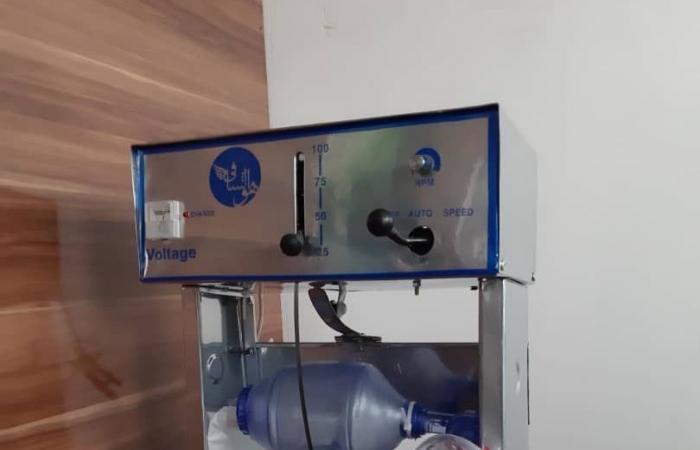 Hind Al Soulia - Riyadh - Five girls in Afghanistan, aged between 14 and 17, have joined the fight against the coronavirus, designing a cheap ventilator that runs off the motor of a Toyota Corolla.

Tech entrepreneur Roya Mahboob founded the trail-blazing programme in the Afghani city of Herat, selecting young girls from high schools across the country, usually aged 14 or 15, for the programme.

It was a passion project for Ms Mahboob, a serial entrepreneur who became one of Afghanistan’s first female chief executives at 23, established a non-profit organisation to help young women to build digital literacy, and has since been named one of Time Magazine’s 100 most influential people.

Participants are selected for the Dreamers based on their entrance exam for the 9th and 10th grades, and the very best of them then get to join the national team – the Afghan Girls Robotics Team – for international competitions. There are about 50 participants in the Dreamers, and they stay in the programme for about two years.

In 2017, the national team made international headlines when their US visas were rejected not long before they were due to travel to an international robotics competition in Washington, DC. After individual appeals to the US Embassy in Kabul failed, the group took to social media to air their grievances. The teams' plight received international attention, and led to US President Donald Trump intervening on their behalf.

The Afghan Girls Robotics Team returned from that competition with a silver medal for “courageous achievement” won by their ball-sorting robot, designed to distinguish between contaminated and clean water.

Upon their return home, the girls were not only heroes, but inspiration for women seeking higher education in Afghanistan, where about 40 per cent of women are literate.

In the years since, that robotics team has graduated, and another has come to the fore. But Ms Mahboob has remained, spearheading a movement to tackle inequality with education.

"The only thing that we all want to do is help our people and our community. We will do anything to help them," she tells The National.

"I work with the girls, but mostly to co-ordinate. They are the real heroes."

Ms Mahboob now splits her time between New York and Kabul. She is currently in Afghanistan, initially to oversee the Brite conference (Building Resilience through Innovation, Technology and Entrepreneurship) – another brainchild of hers – which is due to take place in Kabul this June.

Other teams in the Afghan Dreamers have been working on big projects too, after all. One team was developing a device to help farmers with saffron picking. Another was building drones and robots to work in the mining sector.

But with cities under increasing lockdown in the country and the conference postponed, Ms Mahboob has turned her attention to ventilators.

"We don't know what's going to happen here in two or there weeks so we want to be prepared," she says.

Cases of Covid-19 are accelerating in Afghanistan. The first was reported in Herat, the country's third most populous city, on February 24. That number has since increased to 337, with seven deaths. But authorities fear it could get much worse – and with a compromised health system and an insufficient number of ventilators, the authorities face a race against the clock.

Which is why, when the governor of Herat put out a public plea for more ventilators, five young women answered the call.

This team consists of five Dreamers aged between 14 and 17; captain Somaya Faruqi, Dyana Wahbzadeh, Folernace Poya, Ellaham Mansori and Nahid Rahimi. Ms Mahboob has been working with them for about a year.

They are currently working with two prototypes. One is a gear-based system based on a design from the Massachusetts Institute of Technology in the US. The other uses parts from a Toyota Corolla.

The key to this MIT ventilator alternative was devising a mechanical system to operate the hand-operated plastic pouch, or Ambu bag, which hospitals have on hand in large quantities. An Ambu bag is designed to be operated by hand, by squeezing the bag, which pumps air into a patient's lungs. The mechanic version would cost about $200 to make. A company from Texas has now offered to help provide advice for the design and to connect them with others who can help them bring the concept to fruition.

For the other ventilator, the Toyota Corolla motor was used as it runs off a battery and is easily sourced in the country. And it costs just $300 to make.

Both needed to be made with local materials, Ms Mahboob says. That proved a challenge for the girls, as did working with a gear-based device, rather than their usual technological or robotic designs.

"The idea of these machines is that we use them for emergency cases, when there are no professional ventilators. The thing in Afghanistan is, we don't have enough ventilators, but that's the case for many other countries, even Italy or New York.

"If we don't have access to anything professional we can use these ones."

As cities across the country shut down, working on the designs became increasingly challenging, Ms Mahboob says. The girls' parents were concerned about them being out of the house as the pandemic raged on, but they were usually able to work together for a couple of hours a day.

"It's very difficult for the girls to come together in one place. The shops are closed, so we have to call so many people to open the shop – someone who knows someone, who can open the store to get that part."

The team was still fine-tuning both designs, and working with doctors to test them.

However, since a new governor of Herat took over a few days ago, Ms Mahboob doesn't know what the immediate future of her designs is. She hopes the new governor will look favourably on their work.

"We want to make sure that the government and the community are excited about technology," she says.

"There are other focuses for government money to be spent, but in order to compete and prosper in the 21st century, all countries must be able to access the highest technology that's transforming our world.

"If these girls have access to the opportunity or the tools, their lives can be changed. But not only their lives, they can change their community, too."

These were the details of the news The all-female robotics team in Afghanistan who made a cheap ventilator out of Toyota parts for this day. We hope that we have succeeded by giving you the full details and information. To follow all our news, you can subscribe to the alerts system or to one of our different systems to provide you with all that is new.