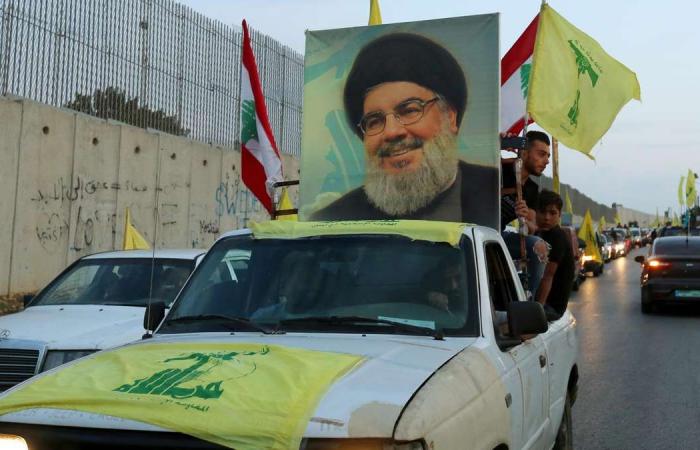 Thank you for your reading and interest in the news Exclusive: sanctioned Hezbollah agent has close ties to Iran’s money laundering network in Iraq and now with details

Hind Al Soulia - Riyadh - A shadowy Hezbollah intelligence operative in Iraq has close ties to what the US dubs a key Islamic Revolutionary Guards Quds Force money laundering network, an investigation by The National has found.

In November 2018, the US sanctioned Mohammad Abd Al Hadi Farhat, saying the Lebanese national was advising militias in Iraq for Hezbollah as well as collecting intelligence for the organisation.

“Farhat has been involved in a project to analyse and report on the Iraqi security situation for Hezbollah and the IRGC-QF,” according to the US Department of the Treasury, referring to the elite foreign operations wing of Iran’s paramilitary force.

While the US government did not provide more information on Mr Farhat, The National has obtained further data on the accused Hezbollah official and his business activities. Mr Farhat is close to an alleged money launderer for the IRGC’s Quds Force with business interests in Iraq.

Attempts to find contact information for Mr Farhat, his associates or others close to him were unsuccessful.

Hezbollah and its Iranian benefactors have worked in tandem in Iraq, not only building their security and political influence in the war-torn country, but also benefiting from a network of businesses to finance their operations.

“Iraq is becoming very important for Hezbollah fundraising,” Dr Michael Knights, a senior fellow at the Washington Institute for Near East Policy, told The National.

Corporate documents reviewed by The National, including a copy of Mr Farhat’s ID, reveal that in 2004 he established General Services Co S.A.R.L, an import-export company with branches in Beirut and southern Lebanon.

While the firm has little public presence, it has been active in recent years, with its board of directors meeting as recently as April 2017.

One of the alleged Hezbollah intelligence official’s business partners in the little-known company is married to Mohammad Abd Al Amir Farhat, who was sanctioned by the US in 2017 for allegedly being part of a “key IRGC-QF-run support network working with Hezbollah.”

Beyond being brothers-in-law, the two Farhats are cousins hailing from the southern Lebanese village of Arab Salim, according to a funeral notice reviewed by The National.

Mohammad Abd Al Amir Farhat’s boss, Iranian national Hasan Ebrahimi, had direct ties to top Quds Force officials in Tehran, according to the US, which added that he helped move money for Hezbollah.

“Ebrahimi and his employees use a network of Lebanon-based companies with ties to the broader Middle East to transfer funds, launder money, and conduct business,” the US Department of the Treasury said in a press release after sanctioning the Iranian.

While the US sanctioned firms owned by Mr Ebrahimi’s right-hand men, it did not name any firms owned directly by the Iranian Quds Force official. Lebanese corporate documents reveal his holdings in the country.

Mr Ebrahimi is a shareholder of the Beirut-based Finance & Help SAL Offshore, alongside Mohammad Abd Al Amir Farhat. The company, which has no public presence, registered a branch in Iraq.

“Iraq is becoming a cash cow for the Axis of Resistance,” Mr Knights told The National in reference to the Tehran-led political and military alliance in the region.

Mr Knights, who has conducted extensive research on the topic, added that Washington’s “maximum pressure” campaign of sanctions against Iran has prompted the ‘Axis of Resistance’ to raise funds from business deals in Iraq.

“Starting from 2018 and 2019 we saw unprecedented levels of Iranian and Lebanese Hezbollah influence at the center of the Iraqi government,” Mr Knights said, adding that it led to a new surge of Hezbollah illicit financing in the country.

These were the details of the news Exclusive: sanctioned Hezbollah agent has close ties to Iran’s money laundering network in Iraq for this day. We hope that we have succeeded by giving you the full details and information. To follow all our news, you can subscribe to the alerts system or to one of our different systems to provide you with all that is new.