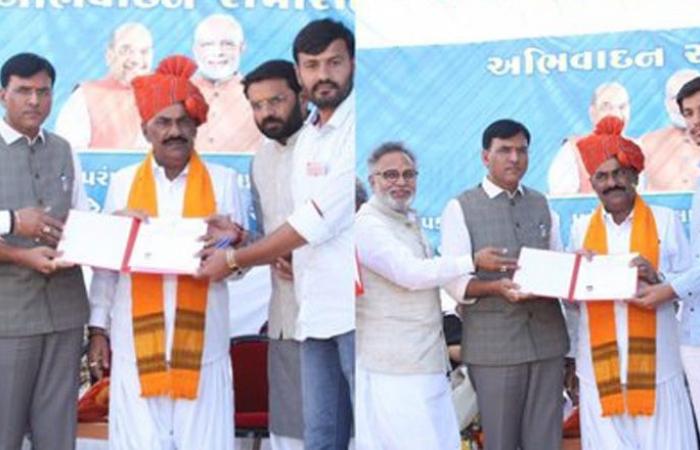 In a tweet in Hindi, Mandaviya, the Union Minister of State for Shipping and Chemicals and Fertilizers, said on Friday: "In Kutch, Gujarat, met refugees from Pakistan and gave citizenship certificates to seven refugees."

Mandaviya lauded the CAA initiative of the Narendra Modi government.

"There is an atmosphere of jubilation and hope over CAA. This historic move by the government led by Prime Minister Narendra Modi has brought a new dawn into the lives of these refugees," the Minister, who hails from Gujarat, said.

While the Bharatiya Janata Party (BJP) has been showcasing the jubilation amongst the refugees, there have been nationwide protests leaving several dead amid widespread violence, rioting and arson.

Earlier this week, as Delhi erupted in protests against the CAA, the BJP set up a counter narrative by its Working President J.P. Nadda meeting an Afghanistani delegation who "thanked" the ruling party for bringing in the legislation in the first place.

At least 30 Afghanistani refugees, mostly Sikh, who had fled to India, 28 years ago, to avoid persecution had met Nadda.

He assured them that the process of granting citizenship to them will be expedited, notwithstanding the nationwide protests against CAA.

"We we will ensure there's enough help desks to help them with the formalities," he added.

These were the details of the news India News - India gives citizenship papers to Pakistani refugees for this day. We hope that we have succeeded by giving you the full details and information. To follow all our news, you can subscribe to the alerts system or to one of our different systems to provide you with all that is new.