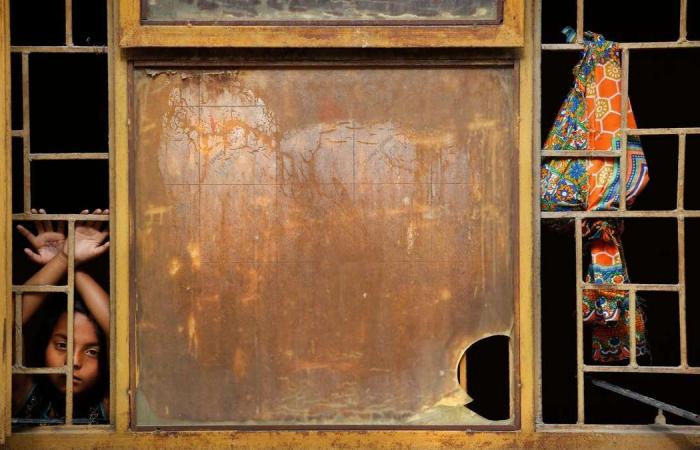 Hind Al Soulia - Riyadh - Prime Minister Narendra Modi has asked citizens to light candles on Sunday evening to “challenge the darkness” of the coronavirus crisis in a video message to the nation as India entered its ninth day of a three-week countrywide lockdown.

“During this time all of you have shown great discipline and helpfulness and that is a great credit to you,” Mr Modi said on Friday. “Social distancing norms must not be violated at this time.”

India is expected to remain under complete lockdown until mid-April in a bid to stop the rapidly spreading coronavirus outbreak that had infected 2,543 people, with 72 deaths, as of April 2.

Yet, with barely 48,000 tests conducted in a nation of 1.3 billion people, virology experts say the true rate of infection in the country could be much higher.

The 123 state-run labs are operating at only 36 per cent capacity, while the 49 accredited private labs managed just an average of eight tests each on Monday, according to the Indian Council of Medical Research.

They say they lack test kits as India struggles to secure the foreign-made ones now in urgent demand globally. Meanwhile, red tape is slowing the deployment of locally made test kits.

“We don’t have kits at all,” said Nilesh Shah, the president of Metropolis Healthcare, one of the accredited private diagnostics firms, adding that government labs do not have supplies either. “The priorities are going to countries where there is a major outbreak like Italy and Spain and the US and the UK. So all the major international vendors are saying I’m not sure how much I can allot for India,” Mr Shah told Bloomberg.

The number of tests conducted in India stood at just 42,788 on March 31, one-thirtieth the pace of the United States, which has detected nearly 250,000 infections, and even further behind that of top testing countries like South Korea.

The low rate of testing has sparked speculation that India’s official tally of infections is underestimating the true size of its outbreak since nations doing more testing report much higher case numbers. Densely packed cities and an inadequate healthcare system make the country uniquely exposed to the fast-moving contagion.

With 0.5 hospital beds for every 1,000 people compared to 4.3 for China, India is counting on stringently-imposed social distancing to contain the outbreak.

Mr Modi asked heads of 29 Indian states and territories on Thursday to formulate a plan for a staggered exit from the lockdown.

He told state chief ministers that the shutdown had helped limit infections but that the situation remained far from satisfactory around the world and there could be a second wave.

"Prime minister said that it is important to formulate a common exit strategy to ensure staggered re-emergence of the population once lockdown ends," the government quoted him as saying in a video conference.

These were the details of the news Narendra Modi calls on Indians to light lamps against 'coronavirus darkness' for this day. We hope that we have succeeded by giving you the full details and information. To follow all our news, you can subscribe to the alerts system or to one of our different systems to provide you with all that is new.