Hackers linked to Iran target WHO staff emails during coronavirus 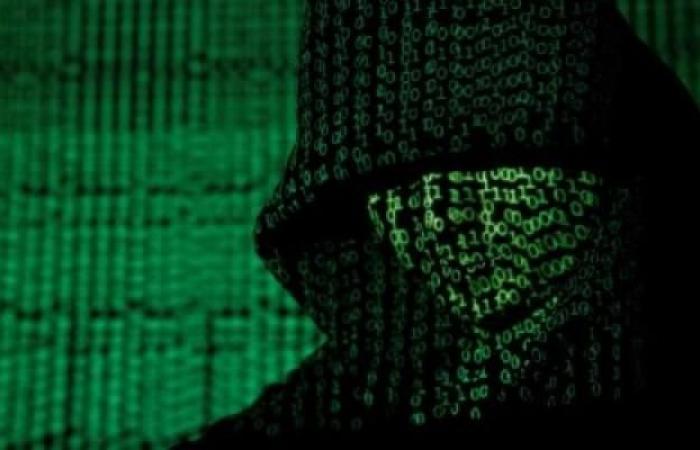 Jeddah - Yasmine El Tohamy - JOHANNESBURG: Both the Daesh group and Al-Qaeda see the coronavirus as a threat, but some of their fighters also see the upheaval from the pandemic as an opportunity to win over more supporters and strike harder than before.
Messages from the extremist groups show concern about the virus mixed with bravado, asserting that it is punishment for non-Muslims while also urging followers to repent and take care of themselves.
Al-Qaeda suggested in a statement Tuesday that non-Muslims use their time in quarantine to learn about Islam.
But in a sharp commentary in its Al-Naba newsletter in mid-March, Daesh urged followers to show no mercy and launch attacks in this time of crisis.
In a commentary Tuesday, the International Crisis Group warned that the pandemic threatens the global solidarity that is key to fighting extremists.
“It is almost certainly correct that COVID-19 will handicap domestic security efforts and international counter-Daesh cooperation, allowing the jihadists to better prepare spectacular terror attacks,” it said.
Though analysts said it was too soon to say which attacks can be blamed on militants exploiting the coronavirus, extremists in late March carried out their deadliest assault yet against the military of Chad, a significant contributor to Africa’s growing counterterrorism efforts, killing at least 92 soldiers near the border with Nigeria and Niger.
In Egypt, two military officials reported a spike in Daesh attacks in March in the restive northern part of the Sinai Peninsula but security forces foiled at least three other major assaults. The officials spoke on condition of anonymity because they were not authorized to brief the media.
While Syria and Iraq have seen no uptick in attacks by Daesh since the virus spread there, the pandemic has prompted the US-led coalition to halt training activities in Iraq amid a planned pullout from several bases.
There are signs elsewhere that the US, British and other militaries are pulling back because of the virus, leaving a possible opening for the extremists.
That’s a danger in Africa’s hot spots of the Sahel, the Lake Chad region and Somalia, where the US military already worried allies in recent months by contemplating cuts to focus on threats from China and Russia.
“Any state that was interested in pulling back in Africa will take the opportunity to do so,” said Clionadh Raleigh, executive director of the Armed Conflict Location & Event Data Project, which tracks extremists’ activities worldwide. “That will be unbelievably bad.”
A US Africa Command spokeswoman, Lt. Christina Gibson, told The Associated Press that “while the size and scope of some AFRICOM activities have been adjusted to ensure the safety and protection of forces — both US and partner nation — our commitment to Africa endures.” She did not give details of affected operations but said AFRICOM still has about 5,200 forces on the continent at any given time.
The British army mission in Kenya, which provides counterterrorism training and other skills, this week announced that all army families are returning to the UK because of the virus.
But France’s largest overseas military mission, Barkhane in West Africa’s sprawling Sahel region south of the Sahara Desert, is keeping its 5,100 troops there, the French Defense Ministry said. A pro-Al-Qaeda French organization issued a statement Tuesday urging French forces to stay home and save lives instead.
African military units, already stretched thin and under attack, are likely to take protective measures as the virus threatens their ranks.
In Nigeria, which has struggled against the Boko Haram extremist group and an assertive Daesh-linked offshoot, the military has called for suspending much of its activities including large gatherings and training.
A leaked memo signed by Nigerian army’s policy chief says its vehicles might have to be used for mass burials or transferring the sick to hospitals as the virus spreads.
While security forces are targets, under-guarded prisons could be too, said Laith Alkhouri, a counterterrorism adviser who researches extremists in West Africa. Both Daesh and Al-Qaeda-linked fighters have turned the Sahel into Africa’s most urgent extremism crisis, and even have engaged in some unprecedented cooperation.
Their fighters are likely to exploit the pandemic by accusing governments of mismanaging the crisis to try to win popular support, he said.
Alkhouri said that under another scenario, individuals may believe that only religion can keep them safe from the virus “and ignore scientific advice, which could lead to an increase in infections.”
Some extremist groups are showing signs that, like the rest of the world, they are trying to understand the coronavirus and respond.
In Somalia, the Al-Qaeda-linked Al-Shabab held a rare five-day meeting of its leaders in March that discussed the virus. In a communique, the group recognized its “emergency threat” to the world, including Muslims.
An Al-Shabab spokesman later told the AP it was too soon to comment on whether the group would heed a UN plea to halt attacks, which have continued, or whether it would allow health workers access to areas it controls.
In Afghanistan, the Taliban have gone even further, putting out videos on disinfection and photos of its fighters handing out face masks and soap. It also has offered security guarantees to any aid group assisting victims of the virus or helping to stop its spread.
Taliban spokesman Zabihullah Mujahed told the AP that “if, God forbid, the outbreak happens in an area where we control the situation, then we can stop fighting in that area.”

These were the details of the news Hackers linked to Iran target WHO staff emails during coronavirus for this day. We hope that we have succeeded by giving you the full details and information. To follow all our news, you can subscribe to the alerts system or to one of our different systems to provide you with all that is new.