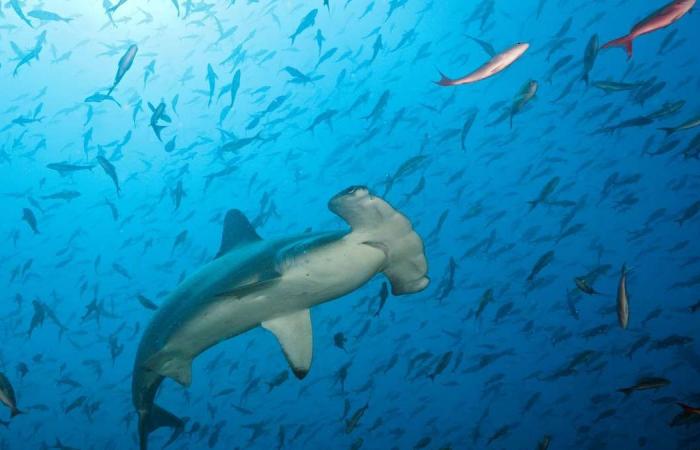 Thank you for your reading and interest in the news Climate change: Marine life endangered as ocean oxygen levels fall and now with details

Hind Al Soulia - Riyadh - The loss of oxygen from the world’s oceans is increasingly threatening fish species and disrupting ecosystems, a report from an international conservation body has warned.

The UN-linked International Union for Conservation of Nature (IUCN) outlines in the report how ocean oxygen loss, driven by climate change, is a growing menace to marine species.

The warning was issued by the UN observer organisation to coincide with COP25, the United Nation’s Climate change conference in Madrid.

The report, the largest peer-reviewed study so far into the causes, impacts and possible solutions to ocean de-oxygenation, details in stark terms how ocean ecosystems are being altered by global warming.

De-oxygenation, it says, is starting to alter the balance of marine life, favouring low-oxygen tolerant species like jellyfish and some squid at the expense of low-oxygen sensitive ones such as tuna, marlin and sharks.

These fish are particularly sensitive to low oxygen because of their large size and energy demands. As the situation is deteriorating these species are starting to be driven into increasingly shallow surface layers of oxygen-rich water, making them more vulnerable to over fishing.

The ocean is expected to lose three to four per cent of its oxygen inventory globally by the year 2100 under a business-as-usual scenario, but the global average masks local changes, the report states. Most of the losses are predicted in the part of the oceans with the richest marine biodiversity.

Roughly 700 ocean sites are currently suffering from oxygen deprivation, compared with 45 in the 1960s, as the negative effects of climate change intensify.

“We are now seeing increasingly low levels of dissolved oxygen across large areas of the open ocean. This is perhaps the ultimate wake-up call from the uncontrolled experiment humanity is unleashing on the world’s ocean as carbon emissions continue to increase," said Dan Laffoley, Senior Advisor Marine Science and Conservation in IUCN's Global Marine and Polar Programme.

“Whilst we have known about dead zones in the ocean for many decades, ocean warming is now expected to further amplify de-oxygenation across great swathes of the ocean. We need to work together to get the ocean oxygen budget back in balance”, said Isabella Lövin, Minister for Environment and Energy and Deputy Prime Minister of Sweden.

These were the details of the news Climate change: Marine life endangered as ocean oxygen levels fall for this day. We hope that we have succeeded by giving you the full details and information. To follow all our news, you can subscribe to the alerts system or to one of our different systems to provide you with all that is new.