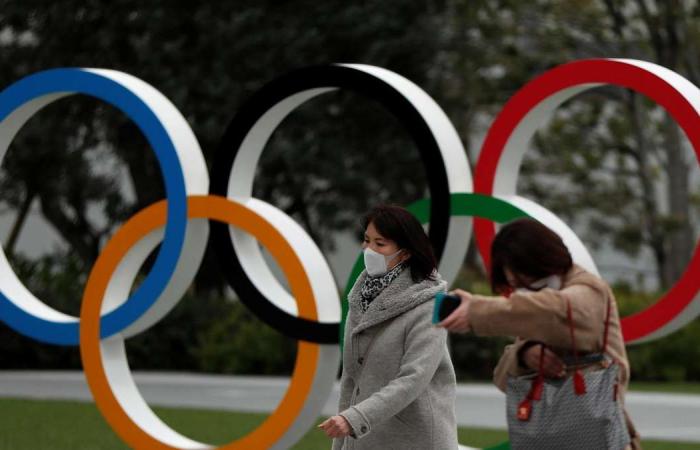 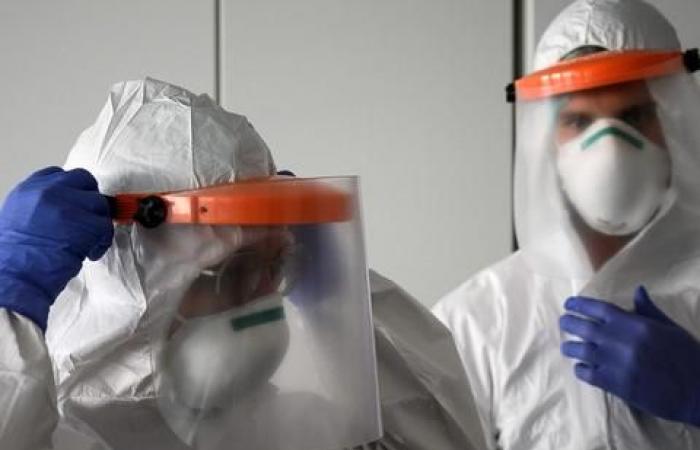 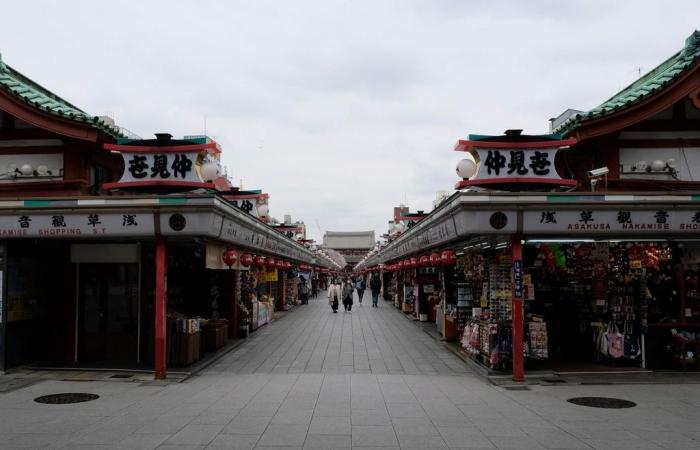 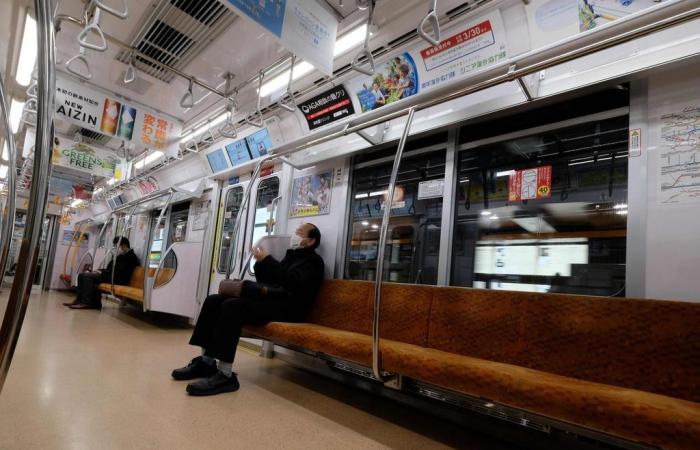 Hind Al Soulia - Riyadh - Before the Olympics were postponed, Japan looked as though it had the coronavirus outbreak contained, even as the virus spread in neighbouring countries.

Now the Games have been delayed until next year, the number of cases in Tokyo has increased.

The city’s governor has requested that people stay at home, even hinting at a possible lockdown, although the government has ruled out declaring a state of emergency on Wednesday.

The sudden increase in the number of virus cases in Tokyo and the government’s strong actions immediately after the Games were postponed have raised questions in parliament and among citizens about whether Japan understated the extent of the outbreak in the country.

Some people have suggested Tokyo delayed enforcing social distancing measures as it held on to hopes the Games would open on July 24 as scheduled.

“To make an impression that the city was taking control of the coronavirus, Tokyo avoided making strict requests and made the number of patients look smaller,” former Japanese prime minister Yukio Hatoyama tweeted.

“The coronavirus has spread while they waited. [For Tokyo Governor Yuriko Koike] it was Olympics first, not Tokyo’s residents.”

Experts found an increase of untraceable cases mushrooming in Tokyo, Osaka and other urban areas – signs of an explosive increase in infections.

On Saturday, Japanese Prime Minister Shinzo Abe said the country was on the brink of a huge jump in cases as it became increasingly difficult to trace infections and keep clusters under control.

“Under the current situation, we are just barely holding up.”

He said a state of emergency was not needed yet, but suggested Japan could face an outbreak as bad as in the US or Europe.

There was less of a sense of urgency displayed when many people visited parks for cherry blossom viewing and Mr Abe was only hinting the Games would be postponed.

But in a phone call with International Olympic Committee President Thomas Bach last Tuesday, Mr Abe agreed to postpone the Games until the summer of 2021 due to the pandemic.

A day later, Ms Koike asked Tokyo residents to spend their weekends at home until mid-April, saying confirmed cases of the virus had shot up to 41 in a day from 16 earlier in the week.

Ms Koike said infections in the city were on the brink of a huge increase, and that stronger measures, including a lockdown, could be needed to contain the outbreak. 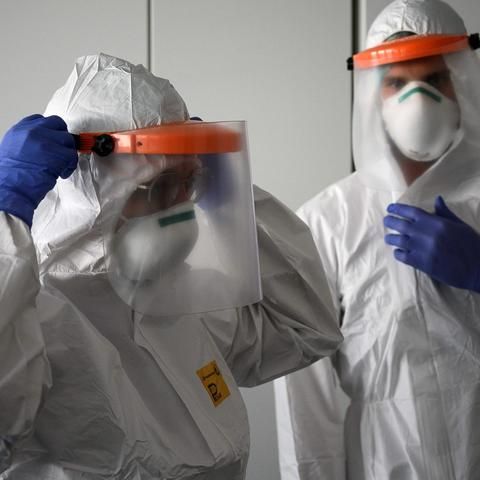 “Is this just a coincidence?” Maiko Tajima, a member of the opposition Constitutional Democratic Party of Japan, said during a parliamentary session last Wednesday, referring to the increase in confirmed cases in Tokyo.

Health Minister Katsunobu Kato said there was “absolutely no relationship” between the Games postponement and the number of confirmed cases in the Japanese capital.

Mr Abe told people to “be prepared for a long battle" against the virus.

A day after Ms Koike’s warning, Mr Abe convened a task force under a special law that would allow him to declare a state of emergency in specific areas of the country, including Tokyo.

Japan’s strategy has been to focus on clusters and trace infection routes rather than mass testing.

A guideline issued on Saturday still says tests will be conducted according to the advice of clinical doctors.

Experts set a high bar for testing eligibility, allowing only patients linked to clusters or those with symptoms to be tested.

From February 18 until March 27, Japan tested about 50,000 people, a daily average of 1,270 – fewer than the national daily capacity of several thousand.

There was only a slight increase in the number of tests carried out in the past week.

In Tokyo, fewer than 2 per cent of those who sought advice on a government hotline were tested, according to Health Ministry figures.

South Korea, by contrast, had tested about 250,000 people by mid-March.

Mr Abe denied allegations that Japan manipulated the number of cases by limiting tests, or combined Covid-19 deaths with other pneumonia fatalities.

“I’m aware that some people suspect Japan is hiding the numbers, but I believe that’s not true,” he said.

“If there is a cover-up, it will show up in the number of deaths.”

He said doctors told him pneumonia patients with Covid-19 can be detected by CAT-scan or X-rays.

Many Japanese experts say testing should be conducted selectively in an attempt to save hospital beds for those who really need them.

“Tests are primarily for people who are suspected of having the virus, and should be based on clinical judgment by doctors,” Shigeru Omi, a former World Health Organisation public health expert who is on the government-commissioned panel, said.

Aki-Hiro Sato, a professor of information sciences at Yokohama City University, said in a recent report that Japan was likely to face a second or third wave of the virus coming from Europe and the US.

Tokyo reported about 430 cases, but Mr Sato estimated another 1,000 people might have been infected in the city by late March if infections were accelerating at a pace similar to what’s happening in other countries.

Including asymptomatic patients or those with minor symptoms, about 10,000 people might be infected, he said.

Japan has confirmed more than 1,800 cases, with 54 deaths, according to the Health Ministry. About 400 people have recovered.

Under the law, Covid-19 is designated as an infectious disease and whoever tests positive is routinely sent to hospital, but a new government guideline would allow a triage of patients, which would include self-quarantine at home.

Right now, Japan has 2,600 hospital beds designated for infectious disease treatment, including 118 in Tokyo, but about one-third of them are already occupied by Covid-19 patients, according to Satoshi Kutsuna of the Disease Control and Prevention Centre.

Citing the recent increase in cases, Mr Kutsuna said an “overshooting of infections is just about to begin, unfortunately".

Mr Abe said the government would secure 12,000 beds and 3,000 ventilators to prepare for a worst-case scenario.

“We fear a situation where severe patients start dying when the medical system collapses, and we must prevent that situation,” Mr Kato said on Sunday.

These were the details of the news Japan questions increase in coronavirus cases after Olympics are postponed for this day. We hope that we have succeeded by giving you the full details and information. To follow all our news, you can subscribe to the alerts system or to one of our different systems to provide you with all that is new.