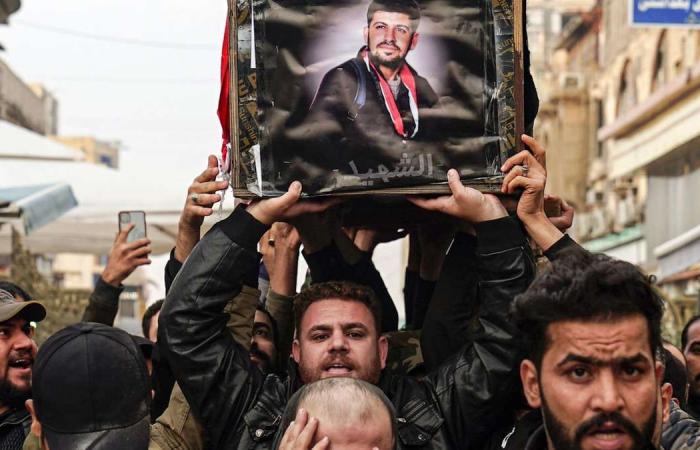 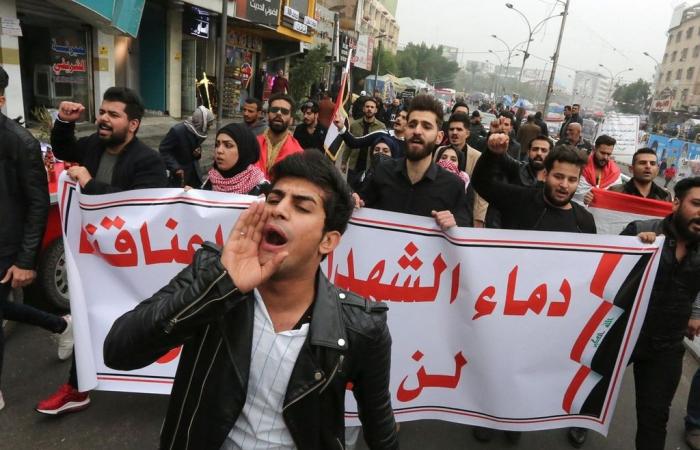 Thank you for your reading and interest in the news Iraq: Death toll raised to 25 killed in Baghdad bloodshed and now with details

Storm clouds gathered over Khilani Square as the protesters surveyed the blackened facade of a parking garage that had served as their defacto command post before unknown assailants torched it Friday night.

Buildings surrounding the square were pockmarked with bullet holes. One demonstrator collected as many as a dozen spent cartridges.

The attack, which took place in darkness moments after the power was cut, marked a major escalation in assaults against protesters that have been taking place in recent weeks.

It was among the deadliest since October 1, when thousands of Iraqis first took to the streets calling for sweeping political reforms and the end of Iran's influence in Iraqi affairs. At least 400 have died at the hands of security forces firing live ammunition and tear gas to disperse the demonstrations.

Friday's attacks also came hours after Washington slapped sanctions on the leader of Asaib al-Haq, a powerful Iran-backed militia accused of being behind deadly sniping attacks on protesters. The US Treasury sanctioned leader Qais al-Khazali, his brother Laith al-Khazali, a commander in the group, and Husain Falih Aziz al-Lami.

Demonstrators feared the attacks would be followed by armed street fighting and more violence that would undermine the peaceful tone of their mass rallies.

“Everyone is terrified,” said Noor, a protester who provided only her first name for fear of reprisal. “We don't want this to become a street war. That is why we are trying to stay peaceful. But day after day we find that we are alone.”

Anti-government activists blame the attacks on Iran-backed militias, which have staged similar assaults against protester sit-ins in the capital and the country's southern cities. On Thursday, the militias attempted to hold their own demonstration in the square to counter anti-government protesters, many of whom were attacked with knives by unknown assailants. They later withdrew.

Two Iraqi officials, who requested anonymity in line with regulations, said it was widely suspected that militiamen were involved in Friday night's attacks.

Members of the Popular Mobilisation Units, an official umbrella organisation comprising an array of militia groups, have said the attacks during the protests have been aimed at infiltrators of the anti-government movement who were looking to cause disturbances.

Falah Fayadh, chairman of the paramilitary PMUs, the programme that oversees an array of Shia militia groups, directed the PMU forces to stay away from squares occupied by protesters, according to an internal statement issued Saturday and seen by The Associated Press. Those who disobeyed the order would be fired, Fayadh said in the statement.

Protesters said the government's failure to protect them at the height of the hostilities on Friday forced them to rely on a militia linked to influential cleric Muqtada al-Sadr, also the leader of the Sairoon bloc, which holds the most seats in Parliament.

Al-Sadr has supported the protests by sending Saraya Salam (Peace Brigades), a militia group under his control, to block roads and prevent anti-protest gunmen from entering during Friday's clashes.

Iraqi officials said they believed al-Sadr would use his popularity on the street as political leverage in talks over the selection of a new premier. Prime Minister Adel Abdul-Mahdi resigned last week in response to the protests.

Abdul-Mahdi’s ascension to prime minister was the result of an uneasy alliance between the Sairoon bloc and parliament's other main bloc, the Fatah, which includes leaders associated with the paramilitary Popular Mobilisation Units headed by Hadi al-Amiri.

Even protesters who are wary of al-Sadr's politics — they consider him part of the establishment they are protesting — said the presence of Saraya Salam members, who were unarmed, was key to their safety.

“I wish the ... army had come and fought for us so that other people don't feel that Sadr is protecting the protesters — because they are also a militia at the end of the day,” Noor said.

For Iraqi officials inside the fortified Green Zone, the seat of Iraq's government, the presence of al-Sadr's militia on the street serves only to reinforce perceptions that the majority of anti-government protesters are in fact supporters of al-Sadr.

Al-Sadr, meanwhile, said his home in the holy city of Najaf was hit by a drone strike on Saturday. He did not elaborate. Nassar al-Rubaie, head of Sairoon's political committee, decried the attack in televised remarks and called for an emergency parliamentary session to discuss the violence in Khilani Square.

Friday's attacks had many protesters on edge.

Mohamed, a protester who only provided his first name for fear of reprisal, said when he arrived at the square Friday night after receiving a call from distressed protesters, he saw groups of masked men wielding knives near the protesters' command post at the parking garage.

“They fired at us, and we ran," he said, noting that the electricity went off moments before. The armed men positioned themselves on the top floor of the parking garage and started shooting at the demonstrators below, said Mohamed, whose version of events was corroborated by a half-dozen other protesters. The shooting lasted for at least three hours, he said.

The attacks claimed the lives of 22 protesters and three policemen, officials said. Iraqi security forces were deployed to streets leading to the square early Saturday.

Some protesters accused the government of colluding with the masked gunmen, pointing to the power outage that happened around the same time as the attacks.

But a senior Electricity Ministry official, who requested anonymity in line with regulations, denied the allegation. The official said it would have been easy for anyone to cut the power lines.

These were the details of the news Iraq: Death toll raised to 25 killed in Baghdad bloodshed for this day. We hope that we have succeeded by giving you the full details and information. To follow all our news, you can subscribe to the alerts system or to one of our different systems to provide you with all that is new.