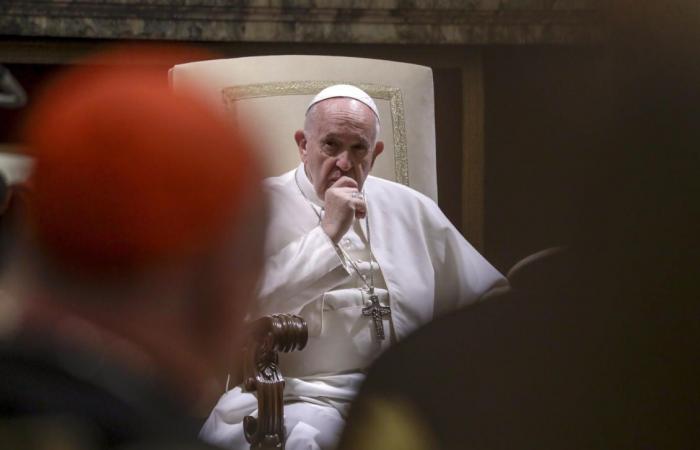 Thank you for reading the news about Catholic Church is losing influence, Pope Francis warns and now with the details

Jeddah - Yasmine El Tohamy - VATICAN CITY: Pope Francis on Saturday called on church leaders for a “change in mentality,” saying the Christian faith is less heeded — even ignored — in the modern world.
New methods were needed to help “reposition our ways of thinking and our attitudes,” the pope warned in his traditional Christmas greetings to the Roman Curia, the Vatican’s top administrative body.
“We are no longer the only ones today to produce culture, neither the first nor the most listened to,” the Argentinian pontiff said.
“We are no longer in a regime of Christianity because faith — especially in Europe, but also in a large part of the West — is no longer an obvious presupposition of living together; worse, it is often denied, mocked, marginalized and ridiculed.”
The change requires “a change in pastoral mentality,” said the Jesuit pope, the first from Latin America in the history of the Catholic Church.
Since becoming pope in 2013, Francis has sought to shake up the powerful and conservative Curia. But he has continued to be met by resistance from many members of the body who reject greater control over their freedom and finances.
In previous Christmas greetings, Francis has taken a harsher tone against the cardinals and bishops within the Curia, calling out “cliques” and “traitors” within the bureaucracy.
Francis has created new “dicasteries,” or ministries, such as in communication, to better respond to a more digitized culture and try to break down the silos between different departments.
In his speech on Saturday, Francis also warned against “the temptation to fall back on the past” instead of “engaging in significant changes.”
Such “rigidity,” he said, “arises from the fear of change that ends up spreading stakes and obstacles in the land of common good, transforming it into a land mine of incommunicability and hate.”

These were the details of the news Catholic Church is losing influence, Pope Francis warns for this day. We hope that we have succeeded by giving you the full details and information. To follow all our news, you can subscribe to the alerts system or to one of our different systems to provide you with all that is new.