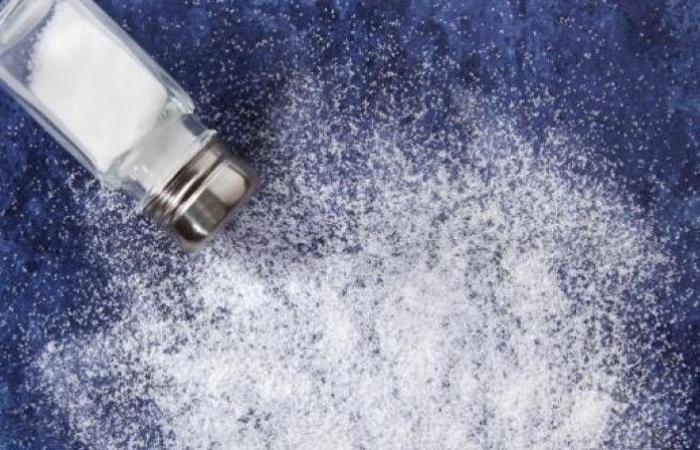 Aden - Yasmine El Tohamy - Five grams a day, no more: This is the maximum amount of salt that adults should consume.

Researchers have found that eating too much salty diet weakens your immune system and makes it harder for your body to fight off bacterial infections.

Five grams a day, no more: This is the maximum amount of salt that adults should consume according to the recommendations of the World Health Organization (WHO). It corresponds approximately to one level teaspoon.

"We have now been able to prove for the first time that excessive salt intake also significantly weakens an important arm of the immune system," said study researcher Christian Kurts from the University of Bonn in Germany.

According to the researchers, this finding is unexpected, as some studies point in the opposite direction.

"We were able to show this in mice with a listeria infection," said study lead author Katarzyna Jobin from the University of Wurzburg.

"We had previously put some of them on a high-salt diet. In the spleen and liver of these animals, we counted 100 to 1,000 times the number of disease-causing pathogens," Jobin added.

Listeria is bacteria that are found for instance in contaminated food and can cause fever, vomiting and sepsis. Urinary tract infections also healed much more slowly in laboratory mice fed a high-salt diet.

Sodium chloride also appears to have a negative effect on the human immune system, the study said.

"We examined volunteers who consumed six grams of salt in addition to their daily intake, this is roughly the amount contained in two fast-food meals, i.e. two burgers and two portions of French fries," Kurts said.

After one week, the scientists took blood from participants and examined the granulocytes. The immune cells coped much worse with bacteria after the test participants had started to eat a high-salt diet.

In human volunteers, excessive salt intake also resulted in increased glucocorticoid levels. The best-known glucocorticoid cortisone is traditionally used to suppress inflammation, according to the study.

"Only through investigations in an entire organism were we able to uncover the complex control circuits that lead from salt intake to this immunodeficiency," Kurts stressed.

These were the details of the news Too much salt in your diet can weaken your immune system for this day. We hope that we have succeeded by giving you the full details and information. To follow all our news, you can subscribe to the alerts system or to one of our different systems to provide you with all that is new.