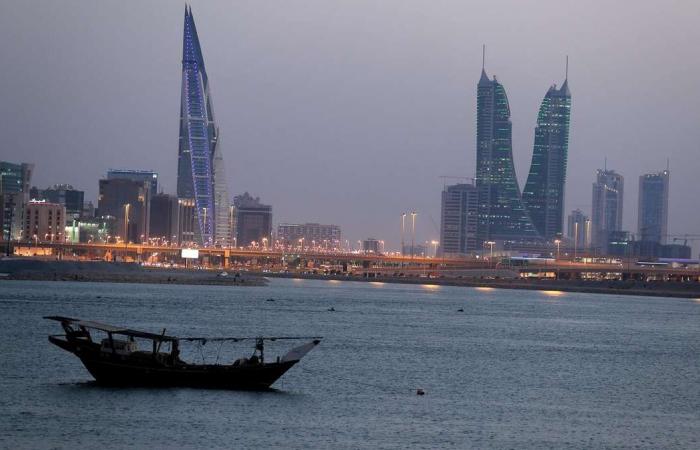 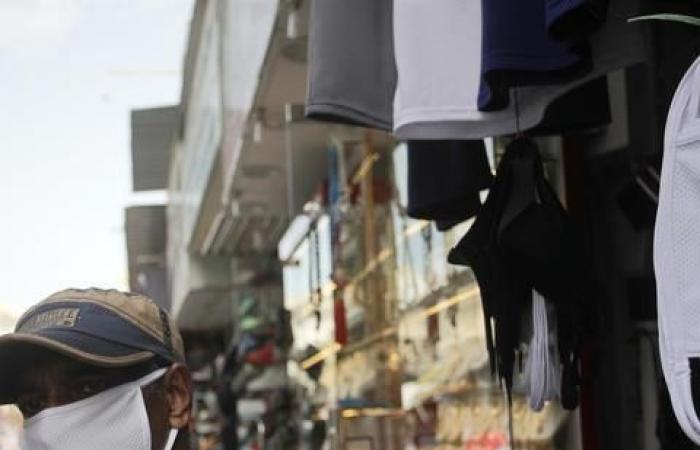 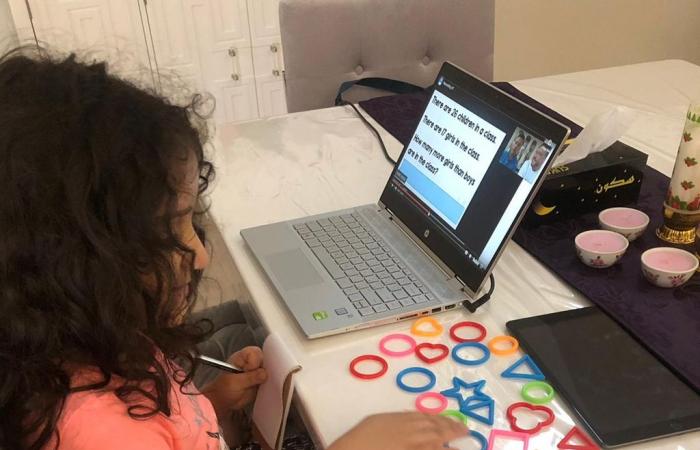 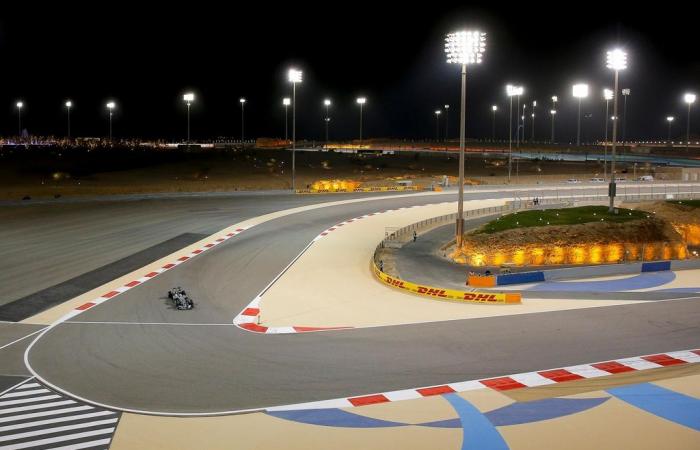 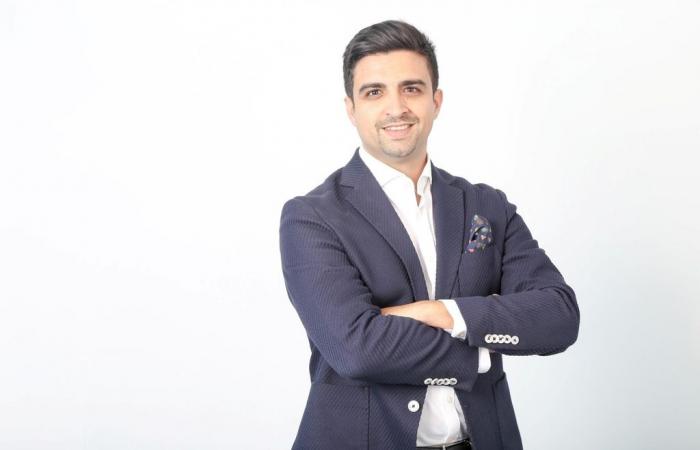 Hind Al Soulia - Riyadh - It was only days after returning from Oman in late February that long-term Bahrain resident Helen McKee started to feel unwell.

She went immediately to American Mission Hospital, a private non-profit medical centre in the capital Manama, to be tested for the novel coronavirus sweeping the world.

As she entered the hospital, her temperature was checked before blood and a nasal swab were taken.

As part of Bahrain’s aggressive approach to testing and tracing all Covid-19 patients, she was told to expect the results that evening. 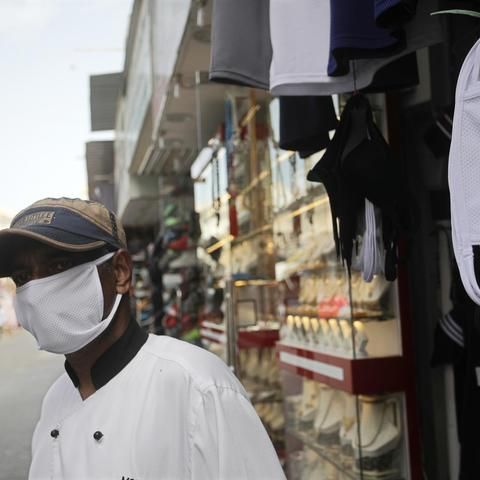 Her test came back negative, but her experience is part of Bahrain’s efforts to stop the spread of the virus, which have won it international plaudits as a leading example of how to handle the pandemic.

“Honestly, I felt safe going into the hospital and knowing I didn’t have a temperature, even though I was wearing a mask anyway. I wanted to make sure I didn’t give it to anyone,” she told The National of her experience.

Ms McKee’s visit to American Mission Hospital was her second round of testing.

When her plane touched down from Oman, nurses were there at immigration to look for new cases.

“A man had been asked to stay on the plane and nurses boarded wearing head-to-toe scrubs, aprons, masks, gloves and goggles as we disembarked,” the Irishwoman recounted. “As we walked through immigration, we were told to walk along one side of the corridor, where there was a nurse’s station with a thermal camera, checking everyone.”

As whole continents struggle to contain the spread of Covid-19, Bahrain has been praised for its efforts to tackle the crisis.

Schools have been closed indefinitely, restaurants are open only for delivery and thousands of tests have been conducted in the small island kingdom.

In recent days, all shops have been shut, gatherings of more than five people banned and a curfew has been proposed, pending a parliamentary debate.

It is also the first Arab country to confirm its participation in the World Health Organisation’s “solidarity trial” experiment, a study that will compare treatments across the world to find the most effective means of fighting Covid-19, as the search for a vaccine continues.

WHO officials have praised Bahrain’s “overall comprehensive approach” to the pandemic, which includes a massive contact-tracing operation and the quick provision of isolation wards.

Professor John Ashton, the former regional director of Public Health England, told BBC Newsnight how impressed he was with the island’s actions, as he condemned the UK government’s “complacent” response.

He is embedded with the team for coronavirus led by Bahrain’s Crown Prince Salman bin Hamad, to whom he is an advisor.

“They set up a ‘war room’ five weeks ago, they’re doing extensive testing, they’ve built, in the past two weeks, a camp for 3,000 pilgrims who are returning from Iran, 50 per cent of whom are turning out to be positive, and they’ve got a very good set-up,” he said in a broadcast earlier in March.

Bahrain, which has a population of about 1.4 million, began testing for the virus early and extensively.

As of March 23, a total of 23,804 tests had been administered, said the country’s Ministry of Health.

The country had reported 390 cases and two deaths as of March 24.

One resident, who wished to remain anonymous, received a call 11 days after she attended an exercise class because someone there had tested positive for Covid-19.

“They got the number from the owner of the business … and they asked me to present to public health the following morning for the test,” she said.

On arrival at the hospital, she was given a mask and, within an hour, had been tested and asked with whom she had been in contact. She signed a form agreeing to self-quarantine for 14 days from her last encounter with the person who tested positive, or 14 days after her nasal swab if the results came back positive.

John Maguire, executive head of the British School of Bahrain

The woman was told she’d receive a call within 24 hours if she had the virus, or two to three days if she did not.

“I got a call three days after swabbing to let me know I was negative, check the details I supplied and let me know that I have now finished my self-quarantine, but still need to practise the self-isolation and social distancing that everyone else is encouraged to do at the moment,” she said. “I was pretty impressed at the efficiency of the process.”

People across the country are being asked to work at home, including teachers and pupils, after all educational institutions were closed on February 25.

As schools, colleges and universities move to online courses, teachers and principals have hailed the government’s efforts to make it a smooth transition.

“The communication has been clear, concise and well thought through,” says John Maguire, executive head of the British School of Bahrain. “The assistance we have received from the various ministries has been reassuring and calming. When school campuses first closed, this had a large impact on us. Thankfully, the Education Ministry reassessed the situation and allowed staff to access the school safely. This adaptability, whilst maintaining safety, is highly commendable.”

In the past three weeks, BSB’s online learning system has been a “huge success” for all age groups, Mr Maguire said. “All students are able to maintain their full education through remote access and activities that promote independent learning.”

But Mr Maguire admits that the “indefinite” closure of schools is hard to bear.

“In the school’s 25-year history, this is certainly the greatest challenge that we have faced,” he said.

He said its “greatest concern at this time” was for pupils who have prepared for international examinations that are unlikely to run.

On Monday, Cambridge International exams, the British body that oversees A-levels and GCSEs in more than 10,000 schools globally, cancelled tests for May and June over the pandemic.

Mr Maguire said holding exams seemed unsafe, but added that the school was were taking steps so that no pupil lost out as a result of cancellations.

“It does not seem sensible, or indeed safe, to have 250 candidates collect into a confined examinations hall, and we can fully understand why the Education Ministry will not permit the sitting of any examinations. We have continued to prepare and assess all candidates and can provide the awarding bodies with accurate predictions based on their likely performance. Certainly, no student should be disadvantaged by the current situation.”

But he also said the school faces another major challenge – a drop in morale caused by isolation.

For businesses hit by shutdowns and dropping demand, the government has also stepped in with a BD4.3 billion (Dh42bn) economic stimulus package. The figure is equivalent to 29.6 per cent of the country’s annual GDP and represents a large spending plan in a country still struggling with financial difficulties and supported by a $10 billion (Dh36.7bn) financial assistance package from the UAE, Saudi Arabia and Kuwait as it seeks to eliminate the budget deficit by 2022.

Ryaan Sharif, managing director of Bahrain’s branch of Flat6Labs, a regional start-up accelerator programme, believes the government’s handling of the crisis has been “exemplary”.

“As citizens, we have come to feel that there isn’t a safer place to be,” the Bahraini-Welsh finance expert told The National. “The Crown Prince has led this pandemic by ensuring that both human and capital resources are readily available, and several initiatives have been made to ensure we avoid any form of economic collapse.”

He particularly noted the speed with which Manama had taken action. “The government’s instant recognition of Covid-19’s severity has helped us maintain control of the situation,” he said.

“I think they are doing a fantastic job, informing us of how to manage the situation in the workplace and constantly updating the community through their website, newspapers and online of any new development,” she said.

The British-Egyptian resident says she’s also been impressed by the way the dissemination of misinformation has been handled.

“The government has been very good at tackling fake news and highlighting social media rumours that may be circulating as not to create further panic within the community,” she said.

A recent example of this came after a death in Bahrain’s Janabiya area. While many people online speculated that it was due to the coronavirus, the Interior Ministry quickly confirmed that the early investigation pointed to suicide.

Sara Loch is the owner of DMS Global, a market intelligence and events specialist.

“I compare them to Singapore, which I think is what they’re basing their plan on,” she says of the authorities’ approach. “I really think they’ve done such a great job, and what I like as well is how people have come together and made it feel like a community. There’s clarity there. It’s open and clear.”

These were the details of the news How Bahrain is leading from the front on coronavirus containment for this day. We hope that we have succeeded by giving you the full details and information. To follow all our news, you can subscribe to the alerts system or to one of our different systems to provide you with all that is new.