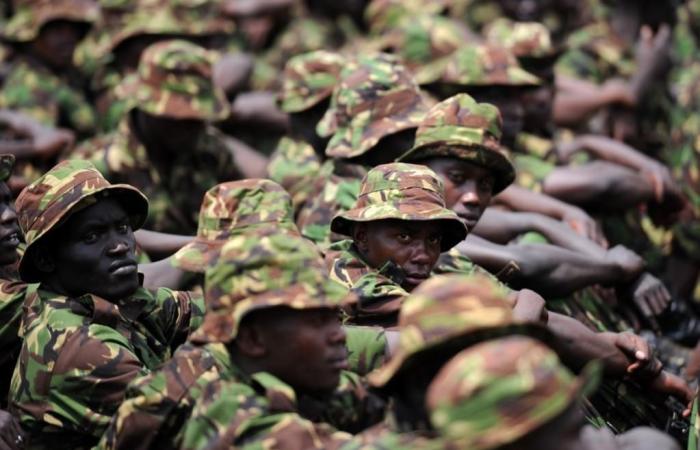 Jeddah - Yasmine El Tohamy - NAIROBI: Several police officers were among at least eight people killed in an attack on a bus in northeast Kenya claimed Saturday by the Somali Islamist Al-Shabaab group.
Kenyan President Uhuru Kenyatta had been briefed on the “brutal” murders of eight people, including police, during the attack in Wajir county, a presidential spokesperson said Saturday.
However, a senior police source said that the toll was 10 dead, seven of them police.
“We lost seven police officers in the bus attack,” the source said, asking not to be named.
“The total number of the people killed are 10. One was identified as a local doctor.”
A police statement released Friday evening gave no casualty toll, just noting that the bus, which linked the towns of Wajir and Mandera, came under attack about 17:30 local time (1430 GMT).
“Security forces are pursuing the killers,” the state house spokesperson said, adding, “the government will not relent in its ruthless crackdown on criminal elements including suspected terrorists in its solemn duty to safeguard the lives and property of Kenyans.”
The Shabaab released a statement taking responsibility for killing “10 crusaders among them secret security agents and government employees.”
The area where the attack took place borders Somalia, which is regularly the scene of Shabaab raids.
On June 15, at least eight police officers were killed in similar circumstances in Wajir county.
Home-made weapons and bombs have been used to kill dozens of police and soldiers in the northern and eastern border regions, where such attacks are relatively common.
Al-Qaeda affiliate Shabaab has been fighting for more than a decade to overthrow successive internationally-backed Somali governments and has previously resorted to direct attacks on road vehicles.
Kenya sent troops into southern Somalia in 2011, joining the regional peacekeeping force AMISOM that drove the Shabaab from Mogadishu.
The government has justified the incursion to protect Kenyans from Shabaab which, among other attacks, killed 21 people in Nairobi in January.
AMISOM includes troops from a number of African nations including Kenya, making security forces from the country a target for the militants.

These were the details of the news Al-Shabaab militants kill 8 in Kenya bus attack for this day. We hope that we have succeeded by giving you the full details and information. To follow all our news, you can subscribe to the alerts system or to one of our different systems to provide you with all that is new.