British holidaymakers face being stranded in Morocco amid coronavirus chaos 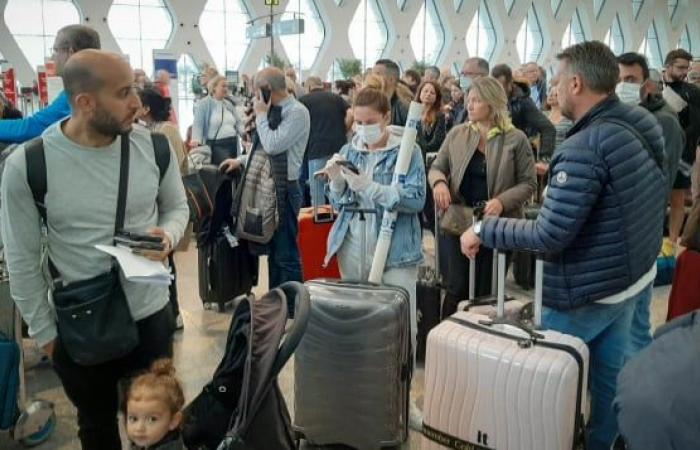 Jeddah - Yasmine El Tohamy - LONDON: British tourists face being stuck in Morocco following the Kingdom’s decision to impose a travel ban this week in a bid to stop the spread of coronavirus.

The UK’s Ambassador to Morocco Thomas Reilly has reassured British nationals stuck in the country that the embassy was doing everything possible to repatriate them, according to the Guardian.

“Please bear with us, I know this is horrible for you guys. We are doing everything we can,” he tweeted on Wednesday.

He urged any British tourists to follow the embassy’s social media pages for more information.

His efforts have been praised in some quarters, but others were critical of the British authorities’ response.

One tourist, Rory O’Connor, who is trapped in Marrakesh, spoke to the Daily Mail: “We've been in a queue for easyJet for four hours. We’re probably still another hour to an hour and a half from the front.”

He said many holidaymakers were being given conflicting advice from the embassy and airport workers.

“The information being provided by the British Embassy is completely different to what’s being said at the airport,” O’Connor told the MailOnline.

“The ambassador claimed he was getting 30 planes sent over but easyJet, Ryanair and British Airways have no information on the flights. The Embassy has been useless,” he said.

Another British visitor spoke to the Guardian and said she feared for her asthmatic mother and her 72-year-old husband, who were stuck at Marrakech airport for hours.

“They were told their British Airways flight tomorrow was cancelled, no flights available with other carriers and to ‘contact the Embassy.’

“The French government seem to have laid on repatriation flights, apparently the Germans at the airport say the same,” she said.

Morocco suspended all international flights on Monday as part of its measures to prevent the spread of the virus.

These were the details of the news British holidaymakers face being stranded in Morocco amid coronavirus chaos for this day. We hope that we have succeeded by giving you the full details and information. To follow all our news, you can subscribe to the alerts system or to one of our different systems to provide you with all that is new.

PREV Nearly 80% of Americans say Biden won and reject Trump’s position,...
NEXT Trump still believes in victory – but does not appear in...