Who is Hassan Diab, Lebanon's next prime minister? 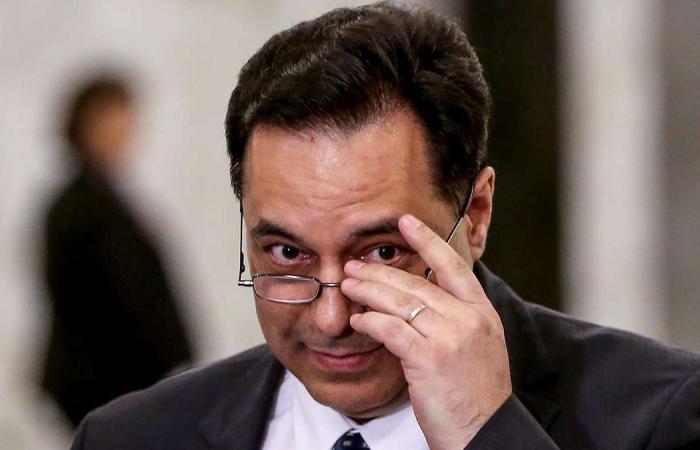 Thank you for your reading and interest in the news Who is Hassan Diab, Lebanon's next prime minister? and now with details

Hind Al Soulia - Riyadh - Lebanese academic and former minister Hassan Diab, named Thursday as protest-hit Lebanon's new premier, is a self-described "technocrat" propelled to the helm of government by the endorsement of Hezbollah and its allies.

But while his appointment was backed by Hezbollah-allied parliamentary blocs, he did not win the backing of parties from his own Sunni community.

That suggests divisions that will complicate the challenge of forming a cabinet and could fuel sectarian tensions on the streets.

He will take office amid nationwide anti-government protests demanding a technocratic government, amid the worst economic crisis since Lebanon's 1975-1990 civil war.

A two-month-old protest movement demanding a government of technocrats will also pose him serious challenges.

It remains to be seen how protesters will react to Mr Diab, who has a low public profile. Although hundreds gathered in central Beirut on Thursday evening to denounce his appointment.

At this point, most of the major politicians have their own protest chant and Mr Diab is no exception. Within hours of his appointment, videos were being shared of demonstrators singing a version of a popular chant saying, ‘Hela ho, hela ho, hela, hela, ho, they put Hassan Diab where he is, and we will make him fall,’ to the tune of Jingle Bells.

A father of three, Mr Diab is an independent who had Hassan away from the political limelight since leaving his post as education minister in 2014.

He is a career academic with a PhD in Computer Engineering from the Universtiy of Bath in the UK, and is currently a professor of electrical and computer engineering at AUB.

Mr Diab has held several academic and administrative posts at the university – including that of vice president – since joining it as an assistant professor at the age of 26.

He is a self-styled advocate for educational reform in Lebanon, authoring books and several papers on the subject.

"I am certain that the solution to most of our economic, unemployment, social, financial, and even political challenges, lies in education in all its forms," he writes on his website.

His brief previous experience in politics came at a time of political polarisation in Lebanon.

His tenure as education minister between 2011 and 2014 was in a government formed after Mr Hariri's cabinet was brought down by Hezbollah and its political allies.

Observers now say history may be repeating itself.

"The coming government will be dominated by Hezbollah [and its allies] without political cover from Hariri and the Sunnis," said Imad Salamey, a political science professor at the Lebanese American University.

"This will drive Lebanon towards a Sunni-Shiite schism."

Repeating the sequence that made him a minister eight years ago, Mr Diab rose to the post of premier as a result of Mr Hariri bowing out.

Mr Hariri had been seen as the most likely choice to head a technocrat-dominated government but the 49-year-old announced late Wednesday he was no longer in the running.

Mr Diab is not an established party member, nor a vocal supporter of any particular group.

He described himself on his website as "one of the rare technocrat ministers since Lebanon's independence" in the 1940s.

On October 20, three days after the start of unprecedented nationwide demonstrations, he called the protests a "historical and awe-inspiring scene".

But activists and demonstrators have criticised him for previously participating in what they see as a government of inept and corrupt politicians.

Some on social media have criticised a glossy book the education ministry released after his tenure, outlining his main achievements as a minister.

But Samar Hamdan, who has been his neighbour for 15 years, said she has "only seen good things from him".

"He is a prominent academic... who remained humble when he became a minister," she told AFP.

She said she hoped his appointment will be a "blessing" for the country.

These were the details of the news Who is Hassan Diab, Lebanon's next prime minister? for this day. We hope that we have succeeded by giving you the full details and information. To follow all our news, you can subscribe to the alerts system or to one of our different systems to provide you with all that is new.