The growing row over picking judges in India 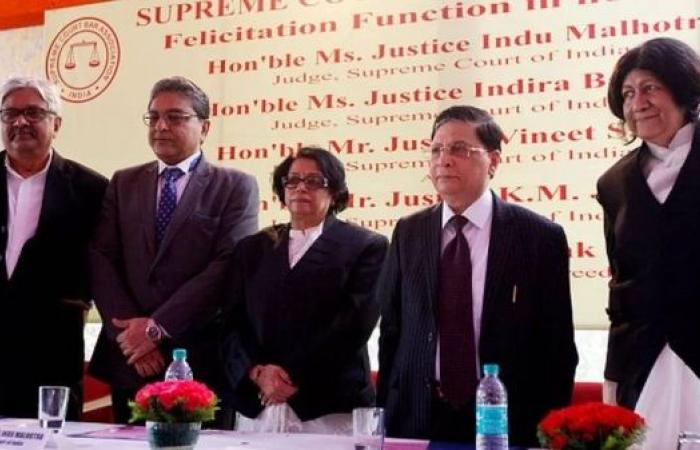 Hind Al Soulia - Riyadh - NEW DELHI — For long judges in India's top courts have been selected by their colleagues through a mechanism called the collegium system. Judges of the Supreme Court are appointed by the president after consultation with fellow judges. The law minister puts up the justices' recommendations to the prime minister, who advises the president to appoint them.

The government believes this system needs radical reform. In recent weeks, a number of senior functionaries, including the law minister and the vice president, have spoken out against the collegium. "Across the globe judges do not appoint judges. But in India, they do," said Law Minister Kiren Rijiju. He called the collegium system "opaque and not accountable".

In 2015, Prime Minister Narendra Modi's government tried to change this through a new law that gave it more say in appointing judges. It would have replaced the decades-old collegium system with a federal commission that would include the law minister. The Supreme Court struck down the law, saying it was "unconstitutional". The judiciary could only safeguard the rights of the citizens "by keeping it absolutely insulated and independent from the other organs of the government", asserted one of the justices while delivering the verdict.

An independent judiciary lies at the heart of democracy and acts as a counterweight to the executive and legislative branches. But India's extraordinarily powerful higher judiciary has capitulated to ruling governments in the past. It has also been criticized for ignoring or delaying matters. Governments have often "undermined the independence of the judiciary" by superseding, transferring and not confirming judges, writes Abhinav Chandrachud, a lawyer, in his book, Supreme Whispers.

The nearly two-decades-old collegium system might have taken away the power of the government to intimidate. Yet the system itself has been criticized by politicians, judges and scholars for not being transparent and accountable enough.

For one, it has been blamed for being slow-moving, leading to delays in filling vacancies.

There are 27 judges in the Supreme Court now, seven short of the sanctioned strength of 34. (The judges sit in smaller panels to decide cases). The appointment of more than 100 judges recommended by collegium for high courts are pending with the government.

Fewer judges also means slower justice. More than 40 million cases are estimated to be pending in India's choked courts. Over 70,000 of these are pending in the Supreme Court, many of them more than five years old.

The Supreme Court has rarely worked at full strength throughout its history, according to Rahul Hemrajani of the University of South Carolina. The court typically functions with 87% of its sanctioned strength - and the average number of vacancies has been steadily increasing and been particularly high in recent years, he says.

Using appointment and retirement data of the court from 1950 to 2020, Mr Hemrajani found that there have been, on average, more vacancies in the top court since 2015 than any other comparable period in recent history.

Despite an increase in the sanctioned number of judges, only 28 judges have been appointed to the top court between 2015 and 2020, compared to 30 judges in the previous five years. Appointments after 2015 have been delayed with an average of 285 days taken between the vacancy and an appointment, up from 274 days earlier.

Legal scholars say one reason for the delay is that the collegium meets too infrequently. Meetings happen only when the chief justice and four senior-most judges are available. Between October 2017 and 2020, the collegium met only 12 times to discuss appointments to the Supreme Court, Hemrajani found. (Three of them were to discuss a single judge's name.)

Most vacancies are foreseeable - top court judges retire at 65 years - but the collegium doesn't have a shining record in planning for replacements. Since 1977, no judge of the top court has been appointed immediately after a vacancy happened. Also, recommendations for new judges are sent to the government in batches rather than to fill individual vacancies - 81 of the last 100 top court judges were appointed in batches of two to five, Hemrajani found.

Many believe much of the delay is happening because the government has pushed back hard by "interfering and delaying" the appointments of judges. In mid-December, the collegium proposed the names of five judges to be elevated to the Supreme Court. The government is yet to clear the names. Madan Lokur, a former top court judge, believes the "government is playing games with the Supreme Court".

So is India's judiciary caught between a rock and a hard place? Gautam Bhatia, a legal scholar, notes the "answer to judicial dominance is not executive dominance, a path we have gone down before". He believes what is needed is a "balanced process that considers all stakeholders' interest, but at present, there is no such proposal on the table". Fali Nariman, a senior lawyer, says the collegium system had a "lot of drawbacks", but it is the "lesser evil".

Others like Arghya Sengupta of Vidhi Center for Legal Policy, a think tank, believe the collegium should be replaced by a judicial commission with representatives of the judiciary, the bar and civil system. "Tinkering with the collegium won't do," he says. "A system for judicial appointments cannot be perfect, but must have an optimal set of checks and balances." Clearly, the jury is still out on whether judges should pick judges. — BBC

These were the details of the news The growing row over picking judges in India for this day. We hope that we have succeeded by giving you the full details and information. To follow all our news, you can subscribe to the alerts system or to one of our different systems to provide you with all that is new. 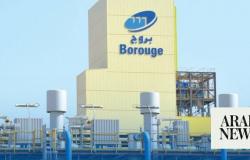