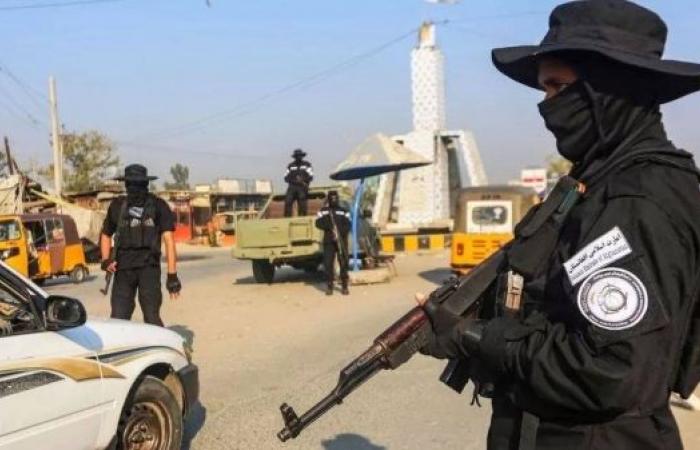 We show you our most important and recent visitors news details Murderer publicly executed by his victim's father, Taliban say in the following article

Hind Al Soulia - Riyadh - KABUL — A man convicted of murder was shot by his victim's father in the Taliban's first public execution since their return to power in Afghanistan.

A Taliban spokesperson said the man was killed at a crowded sports stadium in southwestern Farah province.

The father of the victim shot the man three times during the execution, a later statement from the Taliban spokesperson said.

Dozens of the group's leaders attended the shooting.

However, the exact crimes and corresponding punishments have not been officially defined by the Taliban.

While several public floggings have been carried out recently — including that of a dozen people before a crowded football stadium in Logar province last month — it marks the first time the Taliban have publicly acknowledged carrying out an execution.

According to their spokesperson Zabihullah Mujahid, the execution was attended by several Supreme Court justices, military personnel and senior ministers - including the justice, foreign and interior ministers.

Mohammad Khaled Hanafi, charged with imposing the Taliban's strict interpretation of Islamic law as minister for vice and virtue, was also present. However, Prime Minster Hasan Akhund did not attend, the statement said.

According to the Taliban, the executed man named Tajmir, a son of Ghulam Sarwar and a resident of Herat province, had stabbed a man named Mustafa about five years ago.

He was subsequently convicted by three Taliban courts and his sentence was approved by Mullah Akhundzada.

Before the execution, a public notice was issued publicising the event and "asking all citizens to join us in the sports field".

The murdered man's mother told the BBC that Taliban leaders had pleaded with her to forgive the man, but she had insisted upon his execution.

"This could be a lesson to other people," she added. "If you do not execute him he will commit other crimes in the future."

"We call for a return to the moratorium on the death penalty" in Afghanistan, she said.

During their rule from 1996-2001, the Taliban were condemned for regularly carrying out punishments in public, including executions at the national stadium in Kabul.

At present, no country has recognized their new government and the World Bank has withheld around $600m (£458m), after the Taliban banned girls from returning to secondary schools.

The US has also frozen billions of dollars held by Afghanistan's central bank in accounts around the world. — BBC

These were the details of the news Murderer publicly executed by his victim's father, Taliban say for this day. We hope that we have succeeded by giving you the full details and information. To follow all our news, you can subscribe to the alerts system or to one of our different systems to provide you with all that is new.