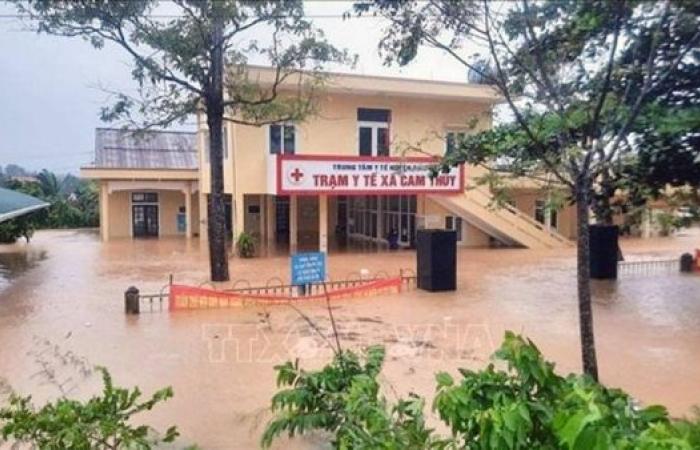 Hind Al Soulia - Riyadh - HANOI — Heavy downpours and floods in the central region of Vietnam in the past few days claimed the lives of five people as of 5 p.m. on Tuesday, Vietnam News Agency (VNA) reported.

According to the standing office of the National Steering Committee for Natural Disaster Prevention and Control, 2,903 houses were submerged in Thua Thien – Hue province and more than 10ha of rice and 620ha of crops in Quang Nam province were flooded. Traffic on some roads was blocked due to landslides.

Meanwhile, severe erosion at the riverbank in the southern province of Vinh Long has swallowed nearly 38,000 sq.m of land, 11 houses and other properties. The damage is estimated at about 7 billion VND ($294,000).

Local authorities have erected warning signs to prevent people from entering the dangerous area and relocated 17 households to safety locations.

To cope with cold spells in the northern region and floods in the central region, the Standing Office of the National Steering Committee for Natural Disaster Prevention and Control has asked localities to continue keeping a close watch on weather developments to take appropriate response measures.

They were advised to adopt measures for flood prevention, deploy forces to review low-lying residential areas with a high risk of flash floods and landslides and stay ready to evacuate people in emergencies. Localities are requested to ensure the safety of reservoirs, especially small hydropower ones.

Coastal provinces and cities from Quang Ninh to Quang Ngai were instructed to closely monitor weather forecasts and developments; notify captains and owners of vessels operating at sea to take appropriate plans, maintain contact to promptly handle any situation that may occur as well as make timely reports to the committee. — Agencies

These were the details of the news Floods kill five in central region of Vietnam for this day. We hope that we have succeeded by giving you the full details and information. To follow all our news, you can subscribe to the alerts system or to one of our different systems to provide you with all that is new.