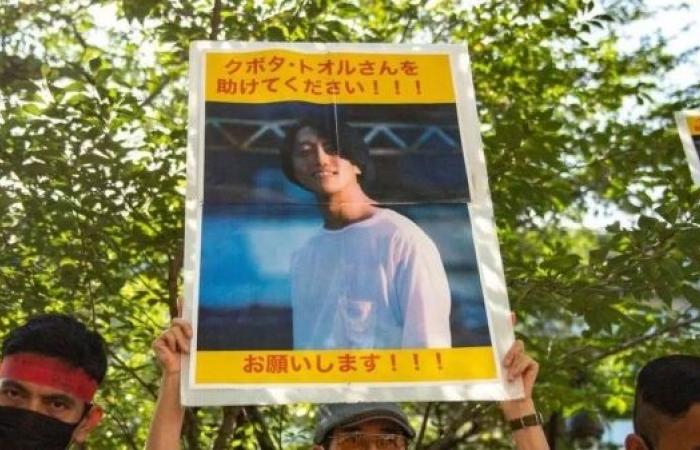 Hind Al Soulia - Riyadh - YANGON — A Japanese documentary filmmaker has been sentenced to a total of 10 years in jail by a court in Myanmar.

Toru Kubota, 26, was first detained in July near an anti-government rally in the capital Yangon.

He was sentenced to three years on sedition charges and seven years for violating an electronic communications law. It's not clear if he will be able to serve these concurrently.

He faces another charge of breaking an immigration law next week.

According to Japanese news agency Kyodo, the Myanmar junta claims Kubota entered Myanmar from neighboring Thailand using a tourist visa, and that he had participated in anti-government demonstrations in 2021.

They also said that he had previously reported on the Rohingya minority.

Kubota, who first arrived in Myanmar in July, was filming a "documentary featuring a Myanmar person", a friend of his was reported to have said earlier this year.

According to filmmaker site Film Freeway, Kubota started his career when he met a Rohingya refugee in Japan in 2014, and subsequently made "several films about refugees and ethnic issues in Myanmar".

His Instagram profile also features several pictures of Rohingya refugees from as far back as 2017.

Earlier last year, a Japanese freelance journalist was also arrested and charged with spreading false news - the first foreign journalist known to be charged since the military took power in February 2021.

He was later released, with Myanmar authorities maintaining he had violated the law but saying they were releasing him at the request of the Japanese government.

It's estimated more than 15,600 people - including lawmakers, activists and journalists - have been arrested since the military overthrew Aung San Suu Kyi's democratically elected government in February 2021 - sparking huge protests across the country and a widespread resistance movement. — BBC

These were the details of the news Japanese filmmaker sentenced to 10 years jail in Myanmar for this day. We hope that we have succeeded by giving you the full details and information. To follow all our news, you can subscribe to the alerts system or to one of our different systems to provide you with all that is new.