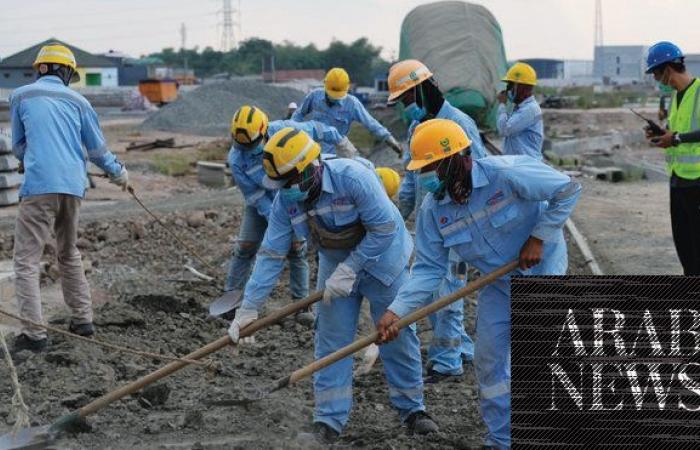 Jeddah - Yasmine El Tohamy - JAKARTA: Indonesia is hopeful that a wide-ranging economic pact with the UAE will open more markets in the Gulf region to the country’s exports, the Trade Ministry said on Tuesday, as officials aim to ratify the agreement by November.

Indonesia and the UAE signed the Comprehensive Economic Partnership Agreement in July, after talks aimed at eliminating tariffs and boosting investment between the two countries were launched in September 2021. The pact is Jakarta’s first with a Gulf country and Abu Dhabi’s first with a Southeast Asian nation.

Bilateral trade volume reached around $4 billion last year, according to Indonesian Trade Ministry data, showcasing an increase of nearly 38 percent from 2020, when it was worth $2.9 billion.

The agreement is still pending ratification by the Indonesian House of Representatives, which held a meeting this week with Trade Minister Zulkifli Hasan to discuss the process in detail.

“IUAE-CEPA will benefit Indonesia because UAE will be Indonesia’s hub to tap new, very big markets,” Hasan said, as quoted by the ministry in a statement on Tuesday.

Through the agreement, he continued, the country’s goods, from jewelry and agricultural commodities to products from small and medium-sized enterprises, can enter Africa, the Middle East, Central Asia and Eastern Europe.

Hasan said the pact is expected to boost Indonesian exports to the UAE by an annual average of 7.7 percent.

The pact erases about 99 percent of existing tariffs, the Trade Ministry said, and includes commitments to increase Indonesia’s services exports to the UAE by 6 percent and mutually recognize each country’s halal certification.

“We hope that Indonesia will ratify IUAE-CEPA before the upcoming meeting between the presidents of Indonesia and the UAE in Solo that is being planned for Nov. 17, 2022,” Hasan said.

“From what I’ve read, Indonesia is hoping that with the tariff cut and its becoming a trading hub, UAE investment will increase in Indonesia,” Rizky said.

“This is something that the Jokowi administration has continued to pursue,” he added, referring to Indonesian President Joko Widodo’s popular nickname.

Rizky said the effort is in line with ongoing attempts to attract foreign investors to fund the development of a $32 billion new capital city in Borneo, a project that saw Japan’s SoftBank withdraw its backing earlier this year.

UAE Ambassador to Indonesia Abdulla Salem Obaid Al-Dhaheri said in March that his country would invest in Indonesia’s new capital through an existing $10 billion funding commitment to the Indonesia Investment Authority.

These were the details of the news Indonesia pins hopes on UAE trade pact to open new export markets for this day. We hope that we have succeeded by giving you the full details and information. To follow all our news, you can subscribe to the alerts system or to one of our different systems to provide you with all that is new.