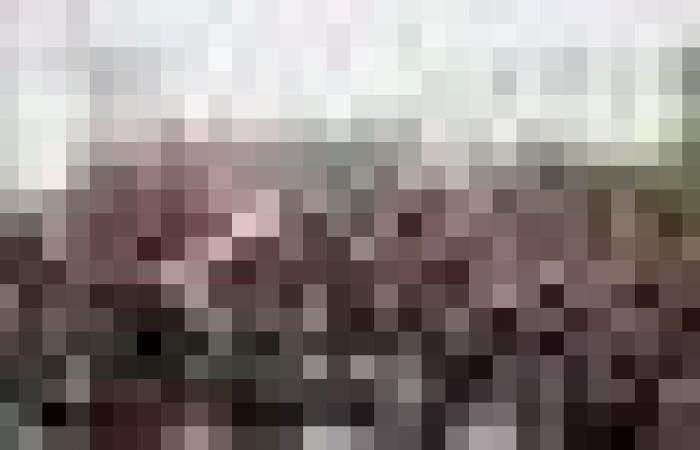 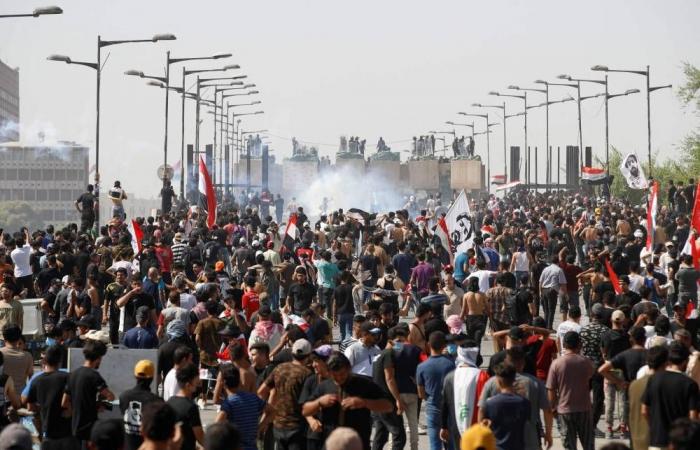 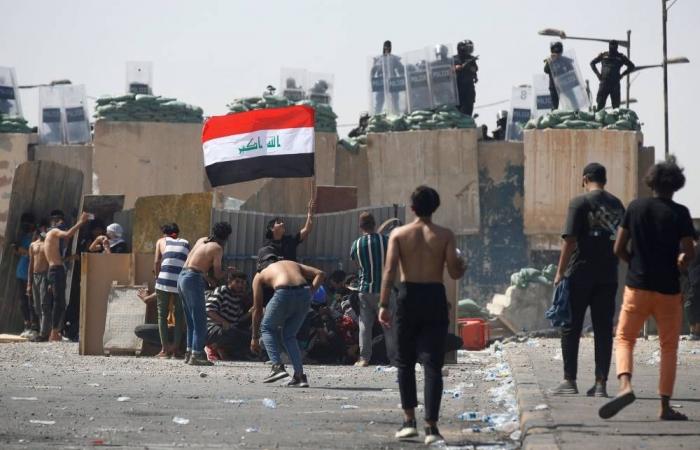 The latest protests in Baghdad come as Iraq has been mired in political paralysis since elections in October last year that have failed to bring in a new president, prime minister or government.

Protesters were heard chanting “the people demand the fall of the regime” as thousands gathered on Saturday in Baghdad’s iconic Tahrir Square, the epicentre of the protest movement, an AFP correspondent said.

Many brandished portraits of the “martyrs” killed in the wave of rallies three years ago.

“All the bridges and roads are blocked because the authorities are afraid of the protesters,” he added, condemning “infighting within the political class, which completely ignores the will of the people”.

The demonstrations seek to revive the unprecedented protests of October 2019 that condemned rampant unemployment and the country’s decaying infrastructure.

Those protests raged for months before winding down under the shadow of coronavirus restrictions and a harsh crackdown that saw at least 600 demonstrators killed and tens of thousands more wounded.

The protesters on Saturday gathered at Al-Jumhuriya Bridge, where they attempted to overcome a series of barriers set up by security forces to block access to the fortified Green Zone that houses government buildings and diplomatic missions.

Protesters threw the iron barriers into the river, according to an interior ministry official who reported 18 minor injuries among riot police resulting from stones and glass bottles being thrown at them.

Police retaliated by throwing smoke grenades at the crowd to disperse them, the AFP correspondent said.

At least 28 protesters suffered from breathing difficulties as a result, according to an interior ministry official. 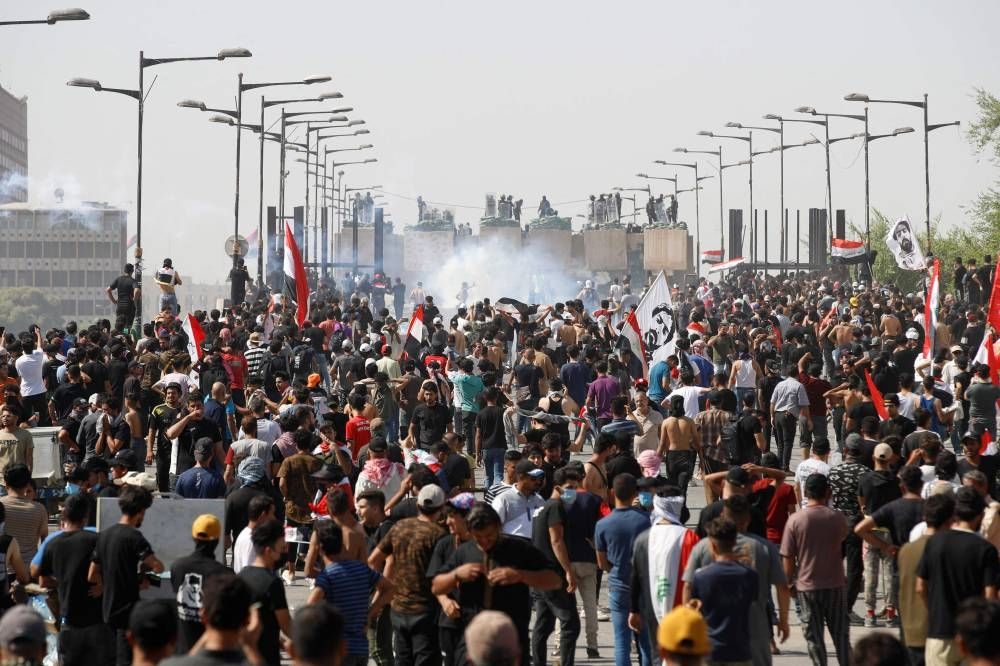 ‘We Will Not Remain Silent’

Rival Shiite factions in parliament have for months vied for power and the right to select a new prime minister and government.

The impasse pits the powerful cleric Moqtada Sadr against his rivals the Iran-backed Coordination Framework, which includes lawmakers from the party of his long-time foe, ex-prime minister Nuri al-Maliki.

Sadr wants snap elections and the dissolution of parliament but the Coordination Framework wants a new head of government appointed before any new polls are held.

Tensions boiled over into clashes on August 29 between the Sadrists, rival Iran-backed factions and the army in which more than 30 Sadr supporters were killed, after their leader said he was quitting politics.

A teacher at the protest on Saturday lashed out at the “quarrels and confrontations between leaders” in the country.

“We will not remain silent in the face of injustice,” she said, speaking on condition of anonymity. 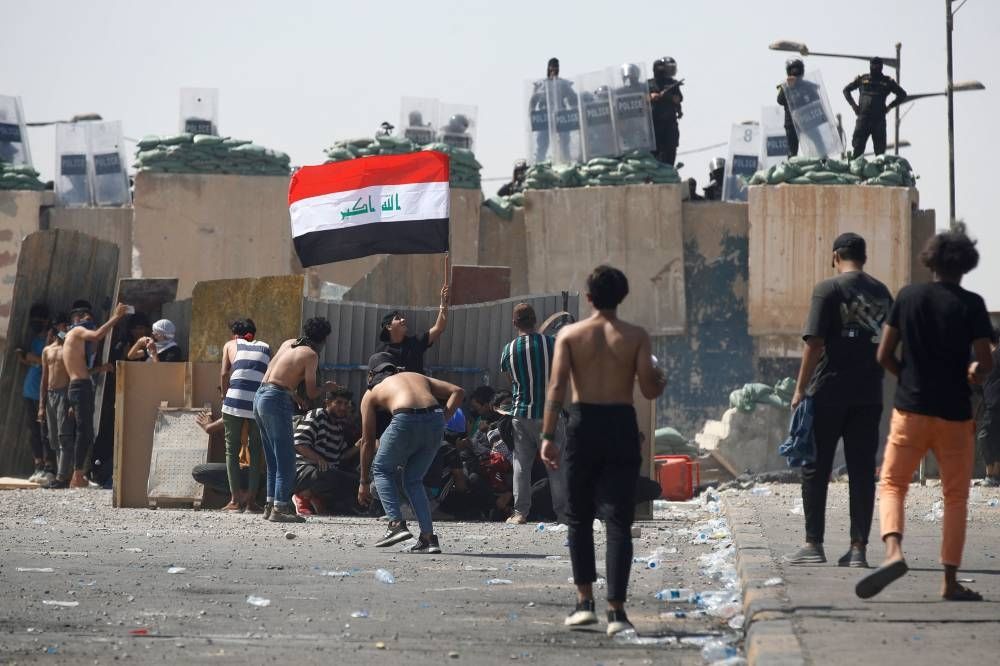 In parallel with the political impasse in the country, Iraq has also been gripped by deep economic and environmental crises.

After decades of war, the oil-rich but conflict-ravaged country has struggled to rebuild.

It has also repeatedly found itself caught in the crosshairs of geopolitical tensions stemming from neighbouring countries, making it a target of frequent cross-border strikes from Turkey and, more recently, Iran.

As Iran has been gripped by nationwide protests over the death of a Kurdish woman in the custody of the feared morality police, the Islamic republic launched a barrage of strikes on Wednesday targeting Iranian Kurdish groups based in northern Iraq, accusing them of stoking unrest back home.

The strikes killed at least 14 people, including a pregnant woman, while at least 58 others were wounded, mostly civilians, according to Iraqi Kurdish counter-terrorism forces. ― AFP

These were the details of the news Thousands of Iraqis mark 3rd anniversary of nationwide protests for this day. We hope that we have succeeded by giving you the full details and information. To follow all our news, you can subscribe to the alerts system or to one of our different systems to provide you with all that is new.