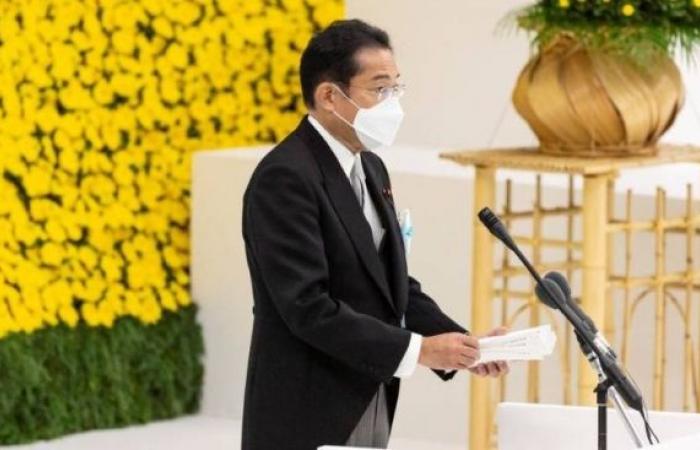 Japan's ties with China were already strained after China conducted unprecedented military exercises around Taiwan following the visit there by US House of Representatives Speaker Nancy Pelosi this month, Reuters reported.

During the drills, several missiles fell in waters inside Japan's Exclusive Economic Zone.

"We will never again repeat the horrors of war. I will continue to live up to this determined oath," Kishida told a secular gathering in Tokyo, also attended by Emperor Naruhito.

"In a world where conflicts are still unabated, Japan is a proactive leader in peace," he said.

The anniversary of Japan's surrender is traditionally also marked by visits to Tokyo's Yasukuni Shrine, which is seen by South. — Agencies

These were the details of the news Japan PM vows no more war for this day. We hope that we have succeeded by giving you the full details and information. To follow all our news, you can subscribe to the alerts system or to one of our different systems to provide you with all that is new.

NEXT Women in power across Europe