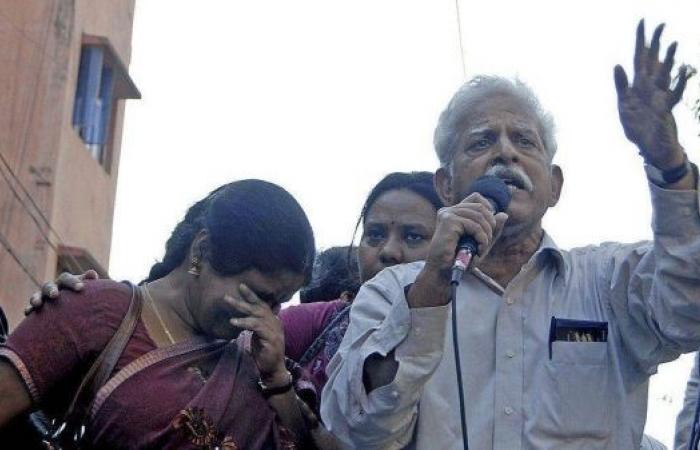 We show you our most important and recent visitors news details Jailed poet, 82, gets bail from India’s Supreme Court in the following article

The three-judge bench said it took the decision because of Rao's age and health condition.

He has strongly denied all the allegations against him.

Since his arrest, he had spent months in hospital after his lawyers alleged that he was denied proper medical treatment in jail.

He was granted interim bail on medical grounds in 2021 and has been out of jail since then. With the top court's new order, he cannot be arrested until investigative agencies submit new evidence.

Rao is among some of India's most prominent activists and public intellectuals who are being held under the draconian UAPA (Unlawful Activities Prevention Act) - an anti-terrorism law that makes it almost impossible to get bail.

He and around 14 others have been jailed in connection with caste violence that erupted in 2018 in Bhima Koregaon village in Maharashtra state. They all deny the charges against them.

In July 2021, Stan Swamy - a respected tribal rights activist who was arrested in the same case - died of a cardiac arrest in hospital. The 84-year-old's health had deteriorated rapidly in prison, to the point where he could not eat or bathe by himself.

Prison authorities were criticized for denying him access to basic amenities such as a straw and sipper - a plastic drinking beaker with a spout or straw - which he needed to drink water because of hand tremors caused by Parkinson's. — BBC

These were the details of the news Jailed poet, 82, gets bail from India’s Supreme Court for this day. We hope that we have succeeded by giving you the full details and information. To follow all our news, you can subscribe to the alerts system or to one of our different systems to provide you with all that is new.