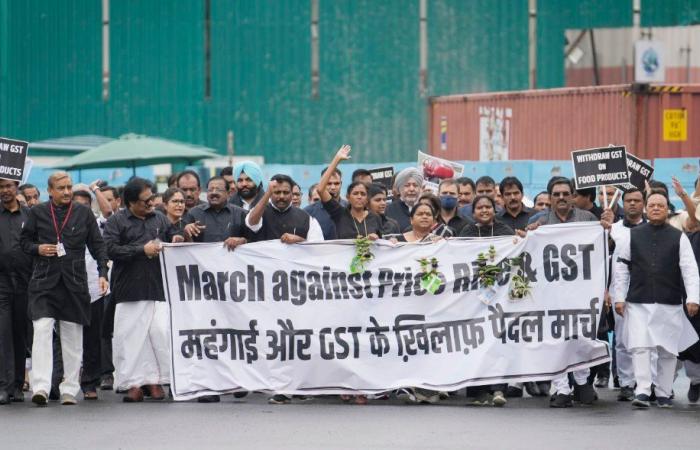 WASHINGTON: Recent tensions between Kosovo and Serbia amid a dispute over license plate rules should be resolved through dialogue and the implementation of previous agreements between the two countries, the US Deputy Assistant Secretary of State for the Bureau of European and Eurasian Affairs, Gabriel Escobar, said.

Escobar urged both countries to work out their differences through the framework of agreements sponsored by the EU.

His comments follow angry protests by ethnic Serbs in northern Kosovo who refused to display temporary license plates on their vehicles when entering Kosovo territory from Serbia.

In a press briefing on Friday attended by Arab News, Escobar said that the US government remains committed to the Western Balkans region.

“The Western Balkans remains a place of tremendous opportunity, a dynamic and important part of the world, and one that we count on and where we are building important partnerships,” he said.

Tensions between the two countries flared on July 31 when Serbian protesters used vehicles to block key border areas between Serbia and Kosovo over plans by the Kosovo government requiring people entering Kosovo with Serbian IDs to replace them with a temporary document during their stay in the country.

The measures also called for Serbian drivers to display temporary Kosovo license plates on their vehicles.

The Kosovar government argues that the plans are similar to those the Serbian government applies to Kosovar drivers and citizens who enter Serbia.

An estimated 50,000 ethnic Serbs who live in northern Kosovo use Serbian identity cards and license plates, and refuse to recognize the Kosovo government.

In 2013, an agreement normalizing ties between Kosovo and Serbia stipulated the establishment of an Association of Serb Municipalities in northern Kosovo, granting ethnic Serbs in the region a semi-autonomous status.

However, the Kosovo government insists that the so-called Brussels agreement should not undermine Kosovo sovereignty or create a Serbian mini-state within the country.

Escobar agreed that the issue of Association of Serb Municipalities should not contradict the Kosovo constitution, but also called for ways to acknowledge Serbian minority rights and cultural heritage.

Kosovo declared its independence from Serbia in 2008, and has since joined NATO and hopes to become a EU member.

Escobar said that “from the US perspective, the long-term future for both Serbia and Kosovo is to become members of the EU.”

He added that both countries should work to resolve their differences on the issues of license plates, energy and the Association of Serb Municipalities.

“In that regard, we support the EU efforts to facilitate a dialogue between the two countries. And our position is that all prior agreements should be implemented, including the Association of Serb Municipalities. So we would like to see a discussion on that when the parties meet later this month,” Escobar said.

He added that “the future lies with Europe,” and EU membership for both countries would encourage regional integration and freedom of movement, as well as stability.

Escobar said that three Balkan states are already NATO members, and the Balkans is an important component of US European security strategy, especially in the wake of conflict between Russia and Ukraine.

These were the details of the news Indian police block opposition protests over price increases for this day. We hope that we have succeeded by giving you the full details and information. To follow all our news, you can subscribe to the alerts system or to one of our different systems to provide you with all that is new.