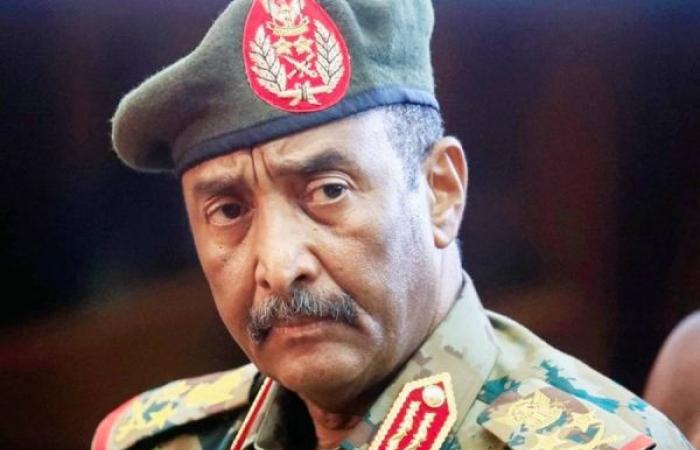 The move took place during a meeting held between Al-Burhan and the council's five members, the ruling council said in a press statement.

It came following a recent decision by the Sudanese general to dissolve the Sovereignty Council and replace it with a council of defense and security and to scrap the military's involvement in national dialogue held under the auspices of the "tripartite mechanism".

The direct dialogue was launched in Khartoum on June 8 under the auspices of the African Union in a bid to end the political crisis in the country.

About two weeks after Al-Burhan's coup against the transitional government last year, it was announced that a new Sovereignty Council was being formed. It consisted of five military members, representatives of the three armed militias, and the consensual civilian member Raja Nicola, in addition to four other civilian members.

On Monday, Al-Burhan announced that the Sovereignty Council would be dissolved and replaced by a Supreme Council of the Armed Forces. "The new council will assume the supreme command of the regular forces and be responsible for security and defense tasks in agreement with the government that is being formed," he explained.

The general also announced that the military establishment would not participate in the national dialogue under the auspices of the "tripartite mechanism". The army's withdrawal from the dialogue, he said, makes room for the political and revolutionary forces and national components to form an independent national competency government that will complete the requirements of the transitional period.

Sudan has witnessed popular protests since Oct. 25 last year calling for the return of democratic civilian rule and rejecting the exceptional measures taken by Al-Burhan, who was then the head of the Sovereignty Council. Opposition groups describe the measures as a "military coup".

Al-Burhan has denied the accusation. The measures, he insisted, are aimed at "correcting the course of the transitional phase," and he pledged to hand over power through elections or a national consensus. — Agencies

These were the details of the news Sudan's ruling council chief axes five civilian members for this day. We hope that we have succeeded by giving you the full details and information. To follow all our news, you can subscribe to the alerts system or to one of our different systems to provide you with all that is new.