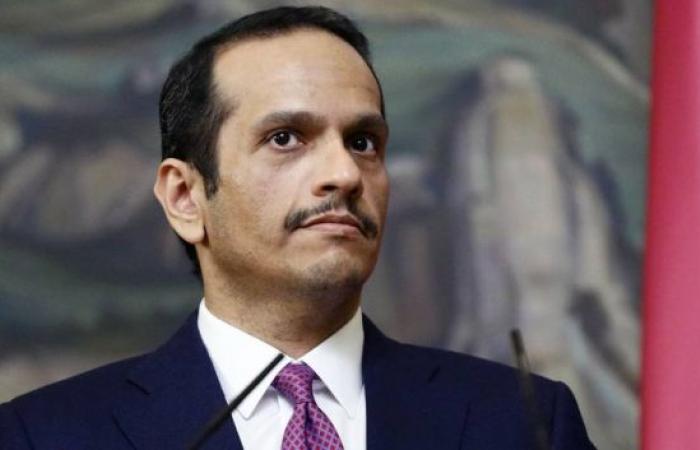 In a visit where he is also scheduled to meet Iran’s security chief Ali Shamkhani, the top Qatari diplomat arrived in the Iranian capital on Wednesday afternoon.The visit comes two days after Doha hosted indirect talks between Iran and the United States in late June under EU shuttle diplomacy.

In a joint press conference with Iranian counterpart Hossein Amir Abdollahian in Tehran, the Qatari leader added that it is important for all sides to put in efforts and constructive endeavors to ensure success of nuclear negotiations and regional dialogue.

The Qatari top diplomat thanked Iran for its trust in Doha as it is hosting latest rounds of indirect talks between Iran and the United States, adding that they are in pursuit of dialogue that could provide a ground where the parties can recommit to their vows.

As major disagreements over the scope and guarantees on the lifting of US-imposed sanctions remain between Tehran and Washington, the talks concluded without any progress and no more negotiations have been scheduled so far.

Washington has no plan for another round of talks at the moment, US State Department spokesperson Ned Price told reporters on Tuesday.

In regards to the two nations' bilateral relations, the Qatari foreign minister commented that they are eyeing further development in economic and commercial relations.

On his part, the Iranian foreign minister stated that talks on strengthening regional cooperation were positive, hailing the role of Doha in bolstering constructive dialogue and collaborations.

Abdollahian added that negotiations in Doha were in regards to American assurances regarding Iran's economic benefits, but the American side failed to deliver on such assurances.

As for accusations against Tehran stating that Iran's demands overstep the nuclear deal, the Iranian official affirmed that their demands correspond to the 2015 deal.

Price, stated in a press conference yesterday, that they are "disappointed with indirect negotiations in Doha over a renewed deal on Tehran's nuclear activity, which have witnessed "no progress".

Stating that Iran lacks seriousness and is not committed, Price also said Tehran has “consistently introduced extraneous demands that go beyond the four walls of the JCPOA.”

A series of phone calls between stakeholders to discuss the fate of the nuclear deal formally known as the Joint Comprehensive Plan of Action (JCPOA), which the US unilaterally abandoned in 2018, also precedes the Qatari diplomat trip.

These were the details of the news Iranian-Gulf dialogue could transpire in positive outcomes for region — Sheikh Mohammad for this day. We hope that we have succeeded by giving you the full details and information. To follow all our news, you can subscribe to the alerts system or to one of our different systems to provide you with all that is new.