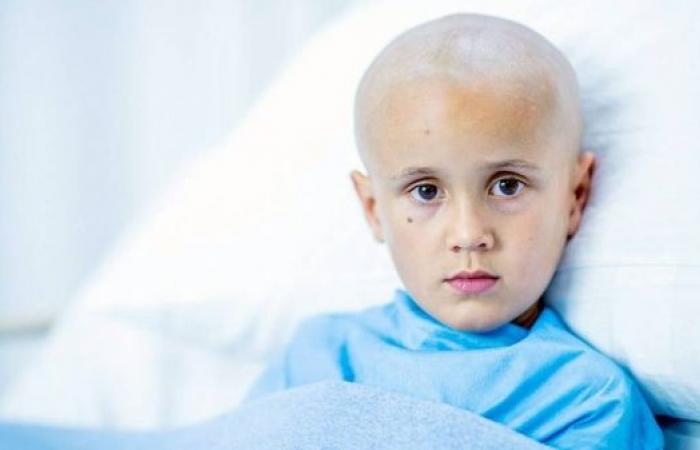 We show you our most important and recent visitors news details 10% of cancer cases in Europe caused by pollution, says groundbreaking new study in the following article

It found that exposure to these pollutants likely contributes to nearly 2.7 million new patients diagnosed in the EU each year.

It’s the first time the EEA has found links between cancer and the environment. The report, called 'Beating cancer — the role of Europe’s environment', estimates that environmental and occupational risks are behind around 10 percent of cancer cases in Europe.

Causing 1.3 million deaths per year across the European Union, cancer takes a huge toll on our society. The economic costs are also enormous, estimated at around €178 billion in 2018 alone.

The good news is that the report also says these risks are preventable — if the EU takes urgent action.

“Cutting pollution through the EU’s Zero Pollution Action Plan and the Chemical Strategy for Sustainability as well as strong implementation of other existing EU policies would go a long way to reduce cancer cases and deaths. This would be an effective investment in our citizens’ wellbeing,” said Hans Bruyninckx, EEA executive director.

The EU’s Zero Pollution Action Plan is set to be achieved by 2050 — targeting air, water and soil pollution.

The three main goals include improving air quality to reduce the number of premature deaths caused by air pollution, improving water quality by reducing waste, plastic litter at sea and microplastics released into the environment, and improving soil by reducing nutrient losses and chemical pesticide use by 50 percent.

Virginijus Sinkevičius, EU Commissioner for the Environment, Fisheries and Oceans, agrees that this is the best tool the EU has at its disposal to minimize further harm to human health.

“The EEA report highlights that too many cancer cases have an underlying environmental cause. We can act now to cut pollution and prevent deaths. With the Zero Pollution ambition of the European Green Deal we can deliver cost-effective cancer prevention benefits by reducing exposure to harmful pollutants. What is better for the environment is also better for us.”

What exactly are the environmental risks of developing cancer? The risks to human health can be broken down into different categories, according to the EEA.

Air pollution (both indoor and outdoor) alone is linked to around 1 percent of all cancer cases in Europe, and causes around 2 percent of all cancer deaths. For lung cancers alone, this rises to 9 percent of deaths. Recent studies have detected associations between long-term exposure to particulate matter, a key air pollutant, and leukemia in adults and children.

Radon and ultraviolet radiation also contribute significantly to cancer in Europe. Radon is a colorless, odorless gas. It is formed by the radioactive decay of the small amounts of uranium that occur naturally in rock and soil.

People can be exposed to radon by breathing in air that comes through cracks and gaps in buildings and homes.

Indoor exposure to radon is linked to up to 2 percent of all cancer cases and one in ten lung cancer cases in Europe. Natural ultraviolet radiation may be responsible for up to 4 per cent of European cancer cases. In particular, the rising cases of melanoma, a serious form of skin cancer.

Exposure to secondhand smoke may increase the overall risk for all cancers by up to 16 percent in people who have themselves never been smokers. Around 31 percent of Europeans are exposed to secondhand tobacco smoke at home, at work, out and about, in educational institutions or in public settings.

Lastly, certain chemicals used in European workplaces and released into the environment are carcinogenic and contribute to causing cancer. These include lead, arsenic, chromium, cadmium, acrylamide, pesticides, Bisphenol A and per- and polyfluorinated alkyl substances (PFAS).

All forms of asbestos are well-known carcinogens, associated with mesothelioma and lung cancers, as well as laryngeal and ovarian cancers. While the EU banned asbestos in 2005, it is still present in many buildings and infrastructure, leading to workers involved in renovation and demolition work being exposed to it.

The EU’s Zero Pollution Action Plan is trying to reduce air and water pollution in the coming years. The bloc has taken some tough measures on air pollution already, implementing the National Emissions reduction Commitments (NEC) Directive and the Ambient Air Quality Directive, which sets air quality standards for Europe.

The Chemical Strategy for Sustainability aims to ban the most harmful chemicals in products, including those that cause cancer, and to encourage the use of chemicals that are safe and sustainable.

On radon, the Basic Safety Standards Directive has introduced legally binding requirements to prevent exposure to natural radiation sources — in a revised version of the legislation. Set out in 2013, it mandated EU Member States to establish national radon action plans by 2018, which are still in force today.

Other EU actions include coordinating European efforts to tackle second-hand smoking and raising awareness of the dangers of UV rays, for instance staying safe in the sun and avoiding sunbeds and tanning booths.

It might sound obvious, but spending time away (or living away) from cities is a simple step you can take to limit the amount of pollution you inhale.

While cars and transport play a big part, it’s also the emissions linked to the built environment that cause increased particulate matter in the air. For instance, the heating of buildings, construction and the traffic related to it.

With remote work on the rise ever since the COVID pandemic, and the mental benefits that arise from spending time in nature, there has never been a more opportune time to set up camp in a more rural area.

In terms of keeping track of pollution, there are websites you can use to forecast what the day is looking like. In Europe, you can use the EEA’s European Health Quality Index and in the UK, DEFRA (Department for Environment Food & Rural Affairs) has its own search bar tool where you can type in your location for more details.

Walking, biking or carpooling are great ways to ensure you’re not contributing to air pollution yourself when travelling around. And if you try and leave for work earlier than normal, you’ll steer clear of the fumes generated during rush-hour.

Lastly, try to use less energy in your home. Turn the lights off when you’re not in the room, have shorter showers and turn off your central heating during the summer. Generating electricity creates air pollution, so by reducing your energy use, you can help improve local air quality and curb greenhouse gas emissions too. — Euronews

These were the details of the news 10% of cancer cases in Europe caused by pollution, says groundbreaking new study for this day. We hope that we have succeeded by giving you the full details and information. To follow all our news, you can subscribe to the alerts system or to one of our different systems to provide you with all that is new.