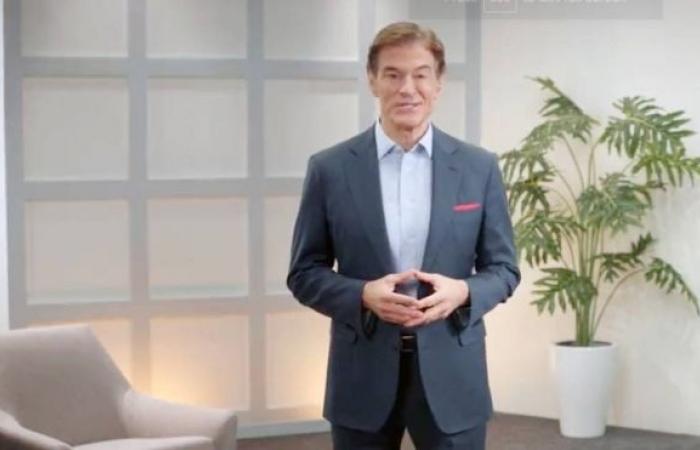 We show you our most important and recent visitors news details Pennsylvania primary: Trump-backed 'Dr Oz' in cliffhanger vote count in the following article

Hind Al Soulia - Riyadh - PENNSYLVANIA — A Trump-backed celebrity doctor's campaign to run as the next Republican senator for Pennsylvania has come down to a nail-biting conclusion.

Mehmet Oz, a surgeon best known for his appearances on the Oprah Winfrey Show, is facing a cliffhanger vote count after the party primary. He was neck and neck with former hedge fund executive David McCormick.

The race is being closely watched as a test of former President Donald Trump's hold over the Republican party.

The contest in this key presidential swing state is one of a number taking place across the country to determine who will stand for office in the midterm elections in November.

The midterms fall halfway through a president's term in office. They decide who controls the two chambers, which make up Congress — the Senate and the House of Representatives.

At present, the Democratic Party controls both chambers, but by very slim majorities. And historically, the party that holds the White House has tended to suffer losses in the midterms.

The primaries decide which party's candidates will run against each other in the midterms, and their election will play an important part in determining the rest of US President Joe Biden's presidency.

Five states held primary elections on Tuesday, making it the busiest date on the 2022 midterms calendar so far. Here are some of the projected results:

Pennsylvania: Pro-Trump Republican state legislator Doug Mastriano won the race to become the Republicans' nominated candidate for governor of the state. He has been a vocal supporter of Trump's baseless claim that he won the 2020 presidential election.

Idaho: Republican governor Brad Little defeated a challenge by his own Lt Gov Janice McGeachin. The two have been locked in a power struggle as Trump-backed McGeachin issued orders while Little was out of state last year, including barring mask mandates.

Earlier this month, Trump's pick for the Ohio Senate primary cruised to victory against his opponents. But Pennsylvania's primary has gone down to the wire.

Despite Trump's endorsement of Mehmet Oz, the race stayed in a three-way dead heat until polls closed.

The Republican contest was shaken up by a late surge from right-wing commentator Kathy Barnette. But McCormick came from behind, with the race narrow enough to be in recount territory.

The eventual Republican winner will take on Lt. Gov John Fetterman, who easily won the Democratic Senate nomination on Tuesday night — two days after announcing he had suffered a stroke.

On Monday, the left-wing Democrat's team said he had undergone surgery to implant a pacemaker with a defibrillator.

Fetterman, a Harvard-educated former mayor who sported hoodie sweatshirts instead of suits on the campaign trail, remained in hospital on the night of his election victory, with his wife speaking at a campaign event in his place.

In a White House statement on Tuesday night, Biden congratulated Fetterman and argued that the Republican candidates were "too extreme".

But a controversy that dogged Fetterman in his primary campaign is certain to be raised by Republicans during the general election.

In 2013, during Fetterman's second term as mayor of Braddock, a town of around 2,000 outside Pittsburgh, he pursued an innocent black jogger who he wrongly thought had been firing a gun near his home.

Fetterman, who is a hulking 6ft 8in and was armed with a shotgun during the confrontation, has refused to apologize for the incident. — BBC

These were the details of the news Pennsylvania primary: Trump-backed 'Dr Oz' in cliffhanger vote count for this day. We hope that we have succeeded by giving you the full details and information. To follow all our news, you can subscribe to the alerts system or to one of our different systems to provide you with all that is new.