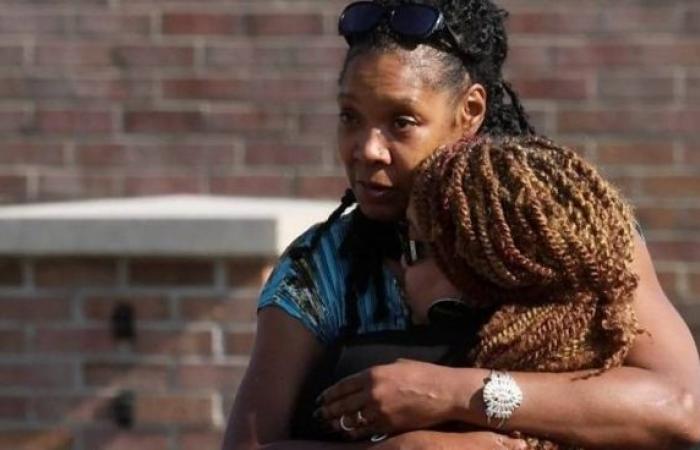 We show you our most important and recent visitors news details Gunman deliberately sought black victims, says Buffalo mayor in the following article

The attack is being investigated as an act of racially motivated violent extremism.

A 180-page document seemingly authored by Gendron has emerged, in which he describes himself as a fascist and a white supremacist.

Questions are being asked about how he was able to carry out the attack when concerns had already been raised. "I want to know what people knew and when they knew it," New York Governor Kathy Hochul told ABC News.

Joseph Gramaglia, Buffalo's chief of police, told reporters on Sunday Gendron had made "generalized threats" while still at high school. He spent a day and a half in hospital undergoing a mental health evaluation but was then released.

He does not appear to have remained under watch by authorities.

FBI Special Agent Steven Belongia told the New York Times neither state police nor the FBI had any intelligence on Gendron. Meanwhile, the gun store owner who sold him a semi-automatic weapon told several US outlets that no alert came up when his name was run through a government background check system.

"This event was committed by a sick, demented individual who was fuelled [by a] daily diet of hate," she said.

The shooting has stunned the local community. One of those attending a vigil on Sunday told Reuters: "It just hurts, why somebody would do that."

Of the 13 people shot, police said 11 were black. Among those reported killed were a man buying cupcakes for his son's birthday and a woman who had gone shopping after visiting her husband at a nursing home.

The attacker, dressed in military gear, drove into the car park at Tops Friendly Market in Buffalo - an area in which police said he had done "reconnaissance" the day before - at about 14:30 EST (19:30 BST) and began livestreaming the rampage.

A security guard fired several shots back but the gunman's bulletproof vest stopped one that hit him, police said. He then killed the guard and stalked through the store firing at other people.

Witnesses described horrific scenes. "It's like a nightmare... you see this on TV, you hear about it on TV... but I never thought I would be one of them," said one.

Mr Gendron was arrested after the attack and has pleaded not guilty to murder charges.

US President Joe Biden said facts were still being established but strongly condemned racist extremism. "We must all work together to address the hate that remains a stain on the soul of America," he said.

In a later statement, the White House announced that Mr Biden and the First Lady would travel to Buffalo on Tuesday to meet with the community.

Saturday's attack is thought to be the worst mass shooting so far in the US in 2022. Some 40,000 deaths a year involve firearms in America, a figure that includes suicides - and mass shooting events occur frequently.

Less than a day after the attack in New York state, police in southern California said one person had been killed and five injured in a shooting at a church in Orange County.

A man in his sixties was arrested after some of the churchgoers tackled him and tied him up by the ankles using an extension cord, a local sheriff said. — BBC

These were the details of the news Gunman deliberately sought black victims, says Buffalo mayor for this day. We hope that we have succeeded by giving you the full details and information. To follow all our news, you can subscribe to the alerts system or to one of our different systems to provide you with all that is new.