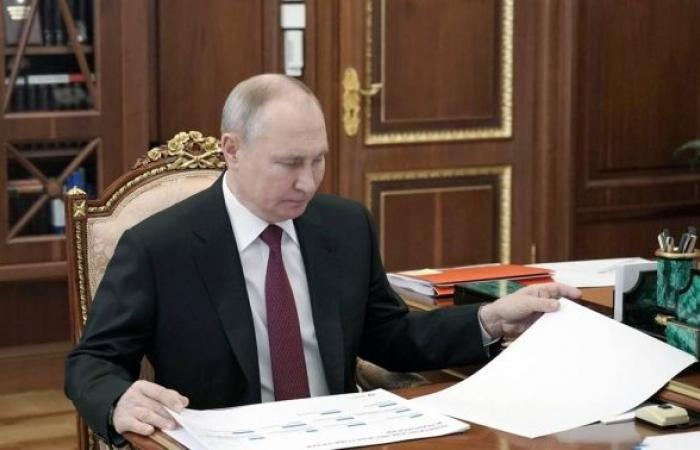 He told Sauli Niinistö there was no threat to Finland's security.

The exchange came during a phone call made by the Finnish president, ahead of a formal request, which Finland is expected to announce very soon.

Sweden has also indicated its intention to join the Western alliance, following Russia's invasion of Ukraine.

Finland shares a 1,300-km (810-mile) border with Russia. Until now, it has stayed out of NATO to avoid antagonizing its eastern neighbor.

Putin did not make a specific threat of retaliation over Finland's move, but the Russian Foreign Ministry has indicated there will be retaliation.

Russia's decision to suspended electricity supplies to Finland is being seen as an early sign, however.

He said Russian imports accounted for around 10% of national supply, adding that they could be replaced from alternative sources.

Following the phone call between Niinistö and Putin on Saturday, the Kremlin said the Russian leader had stressed the "end of the traditional policy of military neutrality would be a mistake since there is no threat to Finland's security".

It added: "Such a change in the country's political orientation can have a negative impact on Russian-Finnish relations developed over years in a spirit of good neighborliness and cooperation between partners."

Niinistö said he had told Putin how recent moves by Russia, along with the invasion of Ukraine, "have altered the security environment of Finland".

"The conversation was direct and straight-forward and it was conducted without aggravations. Avoiding tensions was considered important," he said.

A possible stumbling block to Swedish and Finnish membership of NATO is Turkey, after President Recep Tayyip Erdogan accused both countries of harboring "terrorist organizations" and said he did not support their applications.

It was seen as a reference to the Kurdistan Workers' Party (PKK), which Turkey regards as a terrorist organization. For decades the PKK has fought with Turkey for a Kurdish homeland.

Turkey also objects to a Syrian Kurdish militia called the People's Protection Units (YPG) ,which they say is an extension of the PKK — even though they have been allied with the US in the fight against Daesh (so-called Islamic State).

Both Sweden and Finland have Kurdish communities, and in Sweden's case some parliamentarians have Kurdish origins. President Erdogan did not provide any proof that these communities had links with the PKK.

Foreign ministers from Sweden, Turkey and Finland are meeting to try to iron out their differences.

Ahead of the talks, Turkish Foreign Minister Mevlut Cavusoglu echoed the comments of his president but signaled a willingness to talk.

"A big majority of the Turkish people are against the membership of those countries who are supporting PKK terrorist organization ... but these are the issues that we need to talk of course with our NATO allies as well as these countries," AFP quoted him as saying.

NATO, a Western military alliance, was founded in part to ward off threat from the Soviet Union in 1949.

President Putin has mentioned Ukraine's intention to join the alliance as one of the reasons for the invasion of its neighbor. — BBC

These were the details of the news Putin warns Finland joining NATO would be 'mistake' for this day. We hope that we have succeeded by giving you the full details and information. To follow all our news, you can subscribe to the alerts system or to one of our different systems to provide you with all that is new.