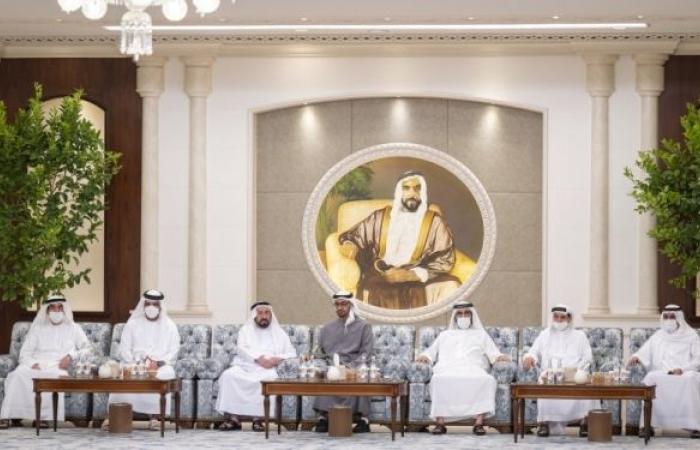 Sheikh Mohamed was visited by Sheikh Mohammed bin Rashid, Vice President and Ruler of Dubai, and the other rulers at Mushrif Palace in Abu Dhabi.

The rulers expressed sincere condolences and sympathy to the sons of Sheikh Khalifa, the Al Nahyan family and the people of the UAE.

Condolences were also offered by a number of sheikhs, ministers, senior civil and military officials, and citizens and residents.

The reception follows the funeral of Sheikh Khalifa on Friday night. Sheikh Mohamed led prayers at a ceremony in Abu Dhabi.

The UAE is in mourning for 40 days following the death of Sheikh Khalifa, with government and private sector offices closed on Saturday, Sunday and Monday. Schools will be closed on Monday.

Public and private sector employees will return to work on Tuesday. Restaurants and malls will remain open but there will be no live entertainment or music as a mark of respect. — SG

These were the details of the news Mohammed bin Zayed accepts condolences from UAE rulers for this day. We hope that we have succeeded by giving you the full details and information. To follow all our news, you can subscribe to the alerts system or to one of our different systems to provide you with all that is new.