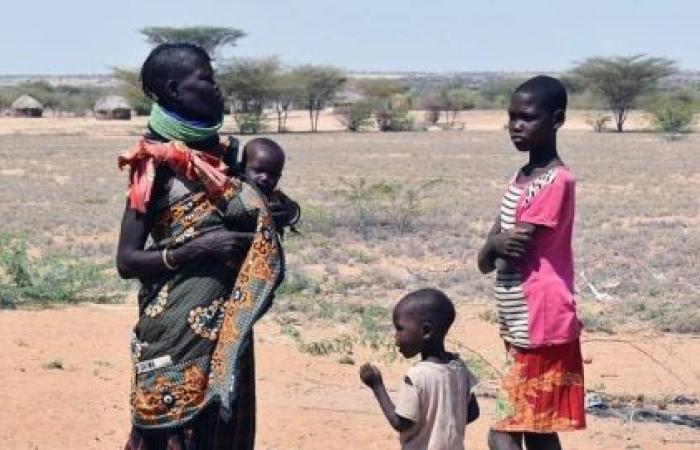 Hind Al Soulia - Riyadh - GENEVA — Humanitarians continue to call for scaling up assistance in the Horn of Africa, where the worst drought in 40 years is affecting some 15 million people across Kenya, Ethiopia, and Somalia.

The drought follows four consecutive failed rainy seasons, and the fear is the number could jump to 20 million if the current below-average rains fail.

UN Humanitarian Coordinator Martin Griffiths was in the region this week on a two-day mission to Kenya to raise awareness of this climate-induced emergency, which is happening at a time when global attention is focused on numerous crises.

Last month, he released $12 million from the UN’s Central Emergency Response Fund (CERF) to respond to the drought, while another $17 million was allocated from the Ethiopia Humanitarian Fund.

The relief chief was in remote Turkana county, northern Kenya, on Thursday to show solidarity with local communities and underline the need for more funding and food aid.

The UN and partners require $480 million to support the humanitarian response through October.

Griffiths spoke to families in Lomoputh who have nothing left. Their animals have died and there is no way to make money.

Although children can sometimes get food at school — often the only thing to eat available — this requires walking six kilometers to fetch water for the children to take with them.

As a result, mothers are being forced to make “impossible choices”, he said.

Some 3.5 million people in Kenya are severely food insecure and acute malnutrition rates in some areas are more than double the emergency threshold, according to the UN humanitarian affairs office, OCHA, which Griffiths heads.

Across the three countries, roughly 5.7 million children are acutely malnourished. Additionally, more than three million livestock — which pastoralist families rely on for sustenance and survival — have died.

Griffiths concluded his mission to Kenya on Friday, meeting virtually with people in Ethiopia’s Somali region. The severe drought is affecting more than eight million people across the country. More than 7.2 million need food aid, and some four million require water assistance.

At least 286,000 people have migrated in search of water, pasture, or assistance, but others, often the elderly or the sick, have remained behind.

In a post on Twitter, Griffiths urged the international community not to ignore the rapidly escalating crisis in the Horn of Africa.

"We need urgent action to help these communities survive now, and increased investment in their ability to withstand future shocks," he wrote. "We need to give them a future." — UN News

These were the details of the news Relief chief underlines need for urgent support as millions face drought in Horn of Africa for this day. We hope that we have succeeded by giving you the full details and information. To follow all our news, you can subscribe to the alerts system or to one of our different systems to provide you with all that is new.