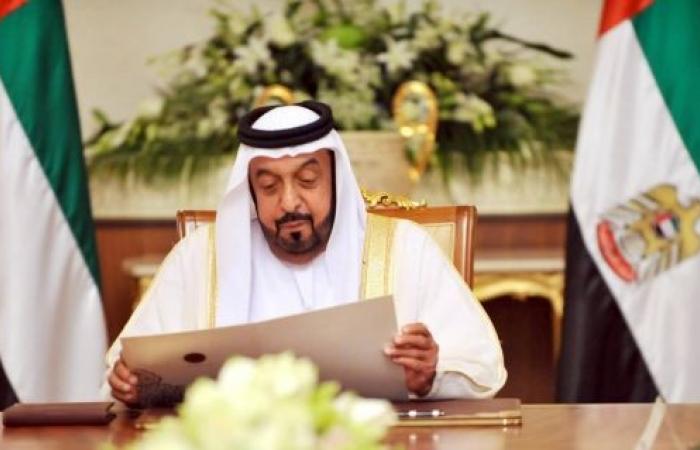 Hind Al Soulia - Riyadh - ABU DHABI — Leaders from the region and around the world offered their condolences on the passing of UAR President Sheikh Khalifa bin Zayed.

The Ministry of Presidential Affairs announced the death of Sheikh Khalifa on Friday at the age of 73. The Government declared a 40-day mourning period for the President, who led the UAE since the passing of Founding Father Sheikh Zayed in 2004.

The UN offices in the UAE expressed their condolences on the "profound loss of Sheikh Khalifa."

"In this moment of grief, our thoughts are with the people of UAE. The UN offices are now in official mourning and the flags are flown at half-mast on all UAE lands," they said.

Sheikh Khalifa passed away after "a life full of giving and giving in the service of his people, his homeland and the Arab and Islamic nation", GCC Secretary General Nayef Al-Hajraf said in a message to Emirati leaders and people.

Bahrain announced three days of mourning for Sheikh Khalifa in a statement released by the royal court.

The UAE President passed away “after a life full of giving and achievements in the service of his people and the Arab and Islamic nation and in support of its causes”, Bahrain's King Hamad said.

"I mourn with sincere sadness and sorrow a man of the most precious men, and one of the greatest leaders, Sheikh Khalifa bin Zayed Al Nahyan, President of the UAE, who passed away after a long journey of giving,” he said in a post on his official page on social media.

Jordan's King Abdullah II said in a message posted on Twitter: "We have lost a dear brother and an outstanding leader who inherited wisdom from his late great father Sheikh Zayed and dedicated his life to serving his country and the Arab and Islamic nations.”

"The legacy and great deeds of Sheikh Khalifa were much appreciated in Israel. The State of Israel stands alongside the United Arab Emirates and with it at this difficult time."

Salih said Sheikh Khalifa was a man “known for his wisdom and generosity for the sake of his homeland and the Arab and Islamic nation”.

Al Kadhimi said, "We are confident that the pioneering path that the late great man took will continue with the efforts of his country's leadership and people."

Lebanon's Cabinet declared nationwide mourning for Sheikh Khalifa, with flags to be flown at half-mast for three days until Sunday.

President Michel Aoun sent his condolences, saying Lebanon will "miss a president who defends just Arab causes, a sincere brother who loved Lebanon and the Lebanese who gave love and loyalty to him."

Turkish President Erdogan extended his condolences and said he would visit the UAE to pay his respects, the Anadolu Agency reported.

Sudan’s Military leader, Gen Abdel Fattah Al-Burhan, offered his condolences in a statement. He described Sheikh Khalifa as an “exceptional leader and a wise man who contributed to the renaissance of his country which became a role model in development and progress.”

Palestinian President Mahmoud Abbas has mourned the death of Sheikh Khalifa and offered his condolences to the UAE and its people.

The Palestinian presidency declared a national period of mourning and flags to be flown at half-mast for one day, according to the official WAFA news agency. — Agencies

These were the details of the news World leaders mourn passing of UAE President for this day. We hope that we have succeeded by giving you the full details and information. To follow all our news, you can subscribe to the alerts system or to one of our different systems to provide you with all that is new.