The Israeli Defense Minister visits the headquarters of the US Fifth... 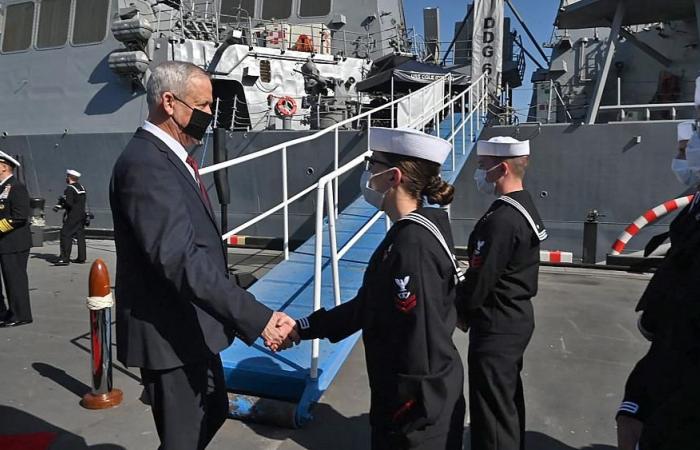 Israeli Defense Minister Benny Gantz visited the US Fifth Fleet headquarters in Bahrain on Thursday as part of an unannounced tour, amid heightened tensions in the Gulf following missile and drone attacks on the United Arab Emirates.

Israel’s Defense Ministry said on Wednesday that Gantz would sign a security cooperation agreement with Bahrain, which along with the UAE has normalized ties with Israel in 2020, in part due to shared concerns about Iran.

Bahrain hosts the headquarters of the US Fifth Fleet, as well as some operations of the US Central Command (Centcom), an umbrella for military coordination in the Middle East, which Israel joined last year.

“Against the backdrop of increasing naval and air threats, our strong cooperation is more important than ever,” Gantz wrote on Twitter after his visit to the US Naval Base.

This week, Israel will participate in US-led naval exercises, in which 60 countries in the Middle East are participating, along with the UAE and Bahrain, for the first time, with public participation with Saudi Arabia and Oman, with which it does not have diplomatic relations.

The Israeli Defense Ministry did not provide details of what the security agreement with Bahrain would include. The Bahraini Government Communications Office did not respond to a request for comment.

Gantz flew to Bahrain on a two-day visit on board an Israeli Air Force transport plane. This is the first time an Israeli defense minister has visited the Gulf state, or an Israeli warplane has landed there.

In September, Bahrain hosted Israeli Foreign Minister Yair Lapid, who was the most senior Israeli official to visit the country since normalization.

On Wednesday, the UAE said it had intercepted three drones entering its airspace in an uninhabited area, the fourth such attack in the past few weeks.

These were the details of the news The Israeli Defense Minister visits the headquarters of the US Fifth... for this day. We hope that we have succeeded by giving you the full details and information. To follow all our news, you can subscribe to the alerts system or to one of our different systems to provide you with all that is new.