The killing of the leader of ISIS .. the details of... 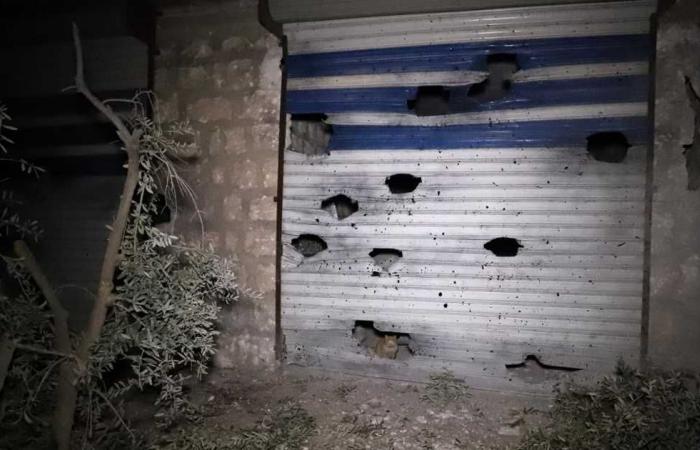 The US President announced Of the bygonesToday, Thursday, the leader of ISIS, Abu Ibrahim al-Hashimi al-Quraishi, was killed in a US raid in Syria.

Despite the first news that US forces had killed the ISIS leader, details soon revealed that he blew himself up before the US strikes.

A senior US administration official said that al-Quraishi died at the beginning of the operation when he detonated a bomb that killed him and his family, including women and children.

The official stated that Al-Quraishi used a hand grenade, and it was not confirmed until now whether the leader committed suicide, or that he blew himself up by mistake.

The American attack was launched by helicopters, led by about twenty American commandos, backed by helicopter gunships, armed drones and attack aircraft, similar to the raid in October 2019 in which Abu Bakr al-Baghdadi, the former leader of ISIS, was killed.

The air strike came days after the end of the largest US combat confrontation with ISIS since the end of the so-called jihadist caliphate three years ago.

US forces have backed a Kurdish-led militia in northeastern Syria, which has been fighting for more than a week to expel ISIS fighters from a prison they occupied in the city of Hasaka.

A video clip from the site of the US air strike showed people recovering the bodies of at least nine men, women and children from the rubble of the severely damaged house.

Eyewitnesses said that the American strikes on the house caused the damage, but a senior American military official said that an explosion inside the house was not caused by American firepower, and it is likely that the ISIS leader blew himself up as the moment of confrontation approached.

The Syrian Civil Defense, also known as the White Helmets, retrieved bodies and survivors from under the rubble after the air strikes and wrote on Twitter that at least 13 people were killed during the operation, including four women and six children.

The raid targeted a three-storey stone building surrounded by olive trees, in which it is believed that the leader was residing.

Pictures posted by activists on social media showed simple rooms with mats on the floor, a diesel heater, and scattered clothes and blankets, some of them bloodied.

And in October 2019, the extremist organization ISIS announced, through its agency, Amaq, the appointment of the “caliph” of Abu Bakr Al-Baghdadi, who was killed in an air strike.

These were the details of the news The killing of the leader of ISIS .. the details of... for this day. We hope that we have succeeded by giving you the full details and information. To follow all our news, you can subscribe to the alerts system or to one of our different systems to provide you with all that is new.