The “Wall Street” panic hits fortunes… the technology rich are the... 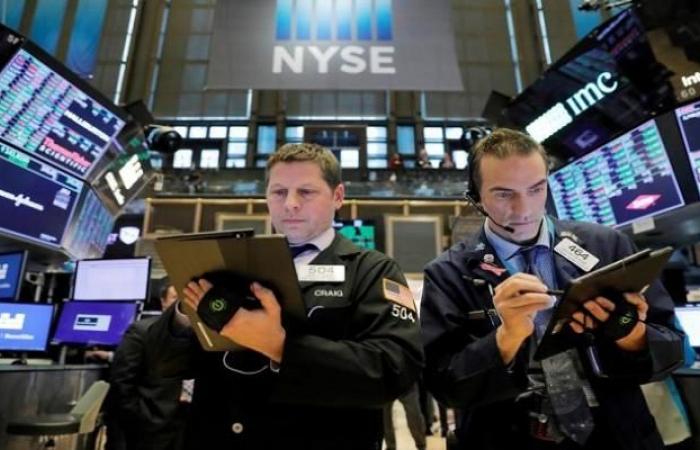 With the sharp declines that hit stocks during the past week, many billionaires’ fortunes around the world have been affected.

The founders of Google, Oracle, Amazon and Tesla lost billions this week, leading to changes in the list of the world’s richest people.

Stocks fell broadly this week, as a series of disappointing announcements by companies came as investors feared a rate hike due to inflation.

For example, Netflix’s stock price fell more than 20% on Friday, as expectations of subscription growth disappointed analysts, and founder and CEO Reed Hastings’ fortune fell by nearly $1 billion to $4.1 billion.

According to Forbes, co-founder and CEO, John Foley, briefly became a billionaire at the height of the COVID-19 pandemic. However, his net worth has since fallen to nearly $480 million from $1.5 billion in April.

Peloton rival Beachbody has fallen nearly 15% this week, slashing founder and CEO Karl Daeckler’s $1.7 billion fortune he made last June when his company went public via a special purpose buyout, and his net worth is now Less than $240 million only.

And the name of Moderna CEO, Stephen Bancel, appeared among the biggest losers this week, as his net worth fell by 22% to $ 5.2 billion, as Moderna’s stock fell for 6 consecutive days, in light of increasing research indicating that the booster dose of the Covid-vaccine – 19 of the company is less effective against the omicron mutant.

Technology stocks in general have been hit hard by rate increases, and each of the three major stock indexes is down more than 4% this week, but the Nasdaq’s 7% drop has been the most severe.

Snapchat co-founders Evan Spiegel and Bobby Murphy have been particularly hard hit, as their fortunes plummeted more than 10% this week, or nearly $1 billion each.

In fact, all but one of the tech billionaires in the top 10 have their fortunes slumped by at least $3 billion, including Meta’s Mark Zuckerberg and Google founders Larry Page and Sergey Brin.

The fortunes of Elon Musk and Jeff Bezos have fallen by more than $19 billion, which led to changes in the top three ranks of the list of the world’s richest people. Bernard Arnault’s LVMH luxury goods group is up slightly this week, adding $4.5 billion to his fortune and pushing him to overtake Bezos to the ever-volatile second place.

The list of losers also included billionaires outside the list of the ten richest people in the world, and they are:

These were the details of the news The “Wall Street” panic hits fortunes… the technology rich are the... for this day. We hope that we have succeeded by giving you the full details and information. To follow all our news, you can subscribe to the alerts system or to one of our different systems to provide you with all that is new.