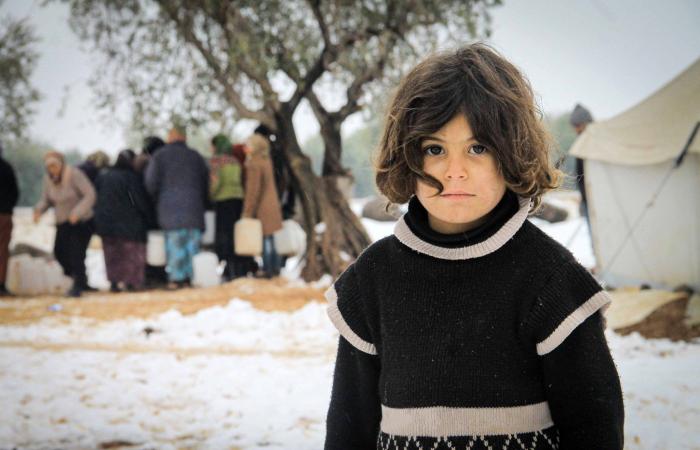 The World’s Most Beautiful Winter campaign announced the success of the “Let’s Make Their Winter Warmer” initiative, which aroused widespread sympathy and was embraced by hundreds of thousands of activists through social media, by exceeding the $10 million figure that it targeted and collecting donations of more than $11 million for the benefit of more than 110,000 families in the Arab region and Africa. To enable it to weather the harsh winter cold and secure its basic needs, within the framework of the partnership between the leading international bodies in charitable work, led by the “Mohammed bin Rashid Al Maktoum Global Initiatives”, the “United Nations High Commissioner for Refugees” and the “Network of Regional Food Banks”.

The “Let’s Make Their Winter Warmer” initiative, in which YouTuber Hassan Suleiman “Abu Fella” participated through a live broadcast that continued throughout the campaign days, which began on January 7, met with a wide regional and global response, as the number of donors reached more than 155,000 donors from 120 countries, The total value of their humanitarian contributions amounted to $11,053,174, which will be provided in the form of material subsidies to help 110,531 families, as 3.8 million refugees in the region suffer from cold winter storms and continuous rain, according to UNHCR statistics, in addition to millions of disadvantaged families in the Arab region and Africa.

Many newspapers and media channels praised the initiative, praising the role of the United Arab Emirates and its efforts in humanitarian and charitable work, which made the Emirates a capital of humanity and an energy of hope from which every poor and needy draws. With the support of the citizens and residents of the country, where its people, with their rapid interaction, emphasized its authentic metal and the noble values ​​that it was raised on, the campaign also witnessed a wide interaction among celebrities and influencers on social networking sites, who took the initiative to interact with it from all over the world, which confirms the true value of content makers. And their influential role in humanitarian work.

On this occasion, Sarah Al Nuaimi, Director of the Office of the “Mohammed bin Rashid Al Maktoum Global Initiatives”, confirmed: The great response to the campaign “Let’s Make Their Winter Warmer”, which was launched by the “The Most Beautiful Winter in the World” campaign, in cooperation with the “Mohammed bin Rashid Al Maktoum Global Initiatives, and other entities The other international community, and the good support I found from various segments of society at the humanitarian and popular levels, and within a short period not exceeding two weeks, contributed to emphasizing the leading global position of the United Arab Emirates, as it always stands in the ranks of the world’s leading countries in finding and activating channels of humanitarian action through initiatives A pioneering quality that opens the way for everyone to carry out their duty towards the less fortunate and help them lead a decent life.

Al Nuaimi noted the value of the role of everyone who participated in the campaign and said: We are proud of what we have achieved, and we thank everyone who contributed to reaching this achievement, which we look at with great pride and pride, as it reflects a real societal keenness to participate in doing good, and a sincere endeavor to extend a helping hand to all The needy wherever he is, regardless of his color, religion or race, as an affirmation of the human spirit of the peoples of the region, and a continuation of the approach of the original values ​​of the people of the Emirates who have never been late in providing relief to the needy around the world.

In turn, Advisor to the High Commissioner and UNHCR Representative to the Gulf Cooperation Council, Khaled Khalifa, expressed his gratitude for the efforts made by the organizers and supporters, and his happiness with the success of the campaign, which constitutes an important turning point and an example for human solidarity in our digital world. He said, “This is a new achievement added to the record of the UAE. United Humanitarian.

Khalifa noted the efforts of the famous content creator Hassan Suleiman “Abu Fella” to raise more than 11 million dollars and enable more than 110,000 families to secure their basic needs during the harsh winter cold.

The United Nations High Commissioner for Refugees provides support to millions of refugees and displaced persons in the region, through its cooperation with experienced partners in humanitarian work, such as the Mohammed bin Rashid Al Maktoum Global Initiatives, which can implement large-scale campaigns to relieve thousands of refugees and displaced persons from the winter cold that threatens the lives of thousands in the region and the world.

For his part, the founding member and head of the regional network of food banks, Dr. Moez Al-Shahdi, stressed that the success of the campaign confirms the importance of the collective efforts led by the UAE at the regional level to provide relief to the neediest individuals and families in refugee and displacement camps in many regions of the world in cooperation with the United Nations.

Al-Shahdi said: The humanitarian initiative launched by the “The Most Beautiful Winter in the World” campaign, in cooperation with YouTuber Hassan Suleiman “Abu Fella”, to provide the full necessary needs to warm those in need of support embodies the values ​​of solidarity, giving, giving and human solidarity, sensing the conditions and circumstances of those who are less fortunate and more A need, a lofty human value that is absolutely unparalleled. Stressing that these humanitarian initiatives and campaigns are the only way to save millions of people from suffering and support them in indispensable need, it is not possible to imagine the suffering of those who cannot provide for their daily food or are unable to provide warmth and safety for their family.

Al-Shahdi added that the network, in cooperation with the Mohammed bin Rashid Al Maktoum Global Initiatives, and in coordination with the United Nations High Commissioner for Refugees, will supervise the distribution of aid to the deserving groups, as food banks provide various services such as feeding, clothing, healing and rehabilitation for the deserving groups in the region to provide a better life.
Believing in the societal role, YouTuber Hassan Suleiman “Abu Fella” dedicated his efforts to support humanitarian causes, and on this occasion, YouTuber Hassan Suleiman “Abu Fella” expressed his happiness and pride in the results he achieved during the 12-day live broadcast, whose results will help more than 110 thousand A refugee and displaced family during the winter.

Abu Falah said: We have proven that Arab youth are capable of changing reality, even in the least possible way, and reaching a bright future. “People are for people.” as much as he could, reflecting the huge impact this campaign had and the enthusiasm of viewers to participate.

Abu Fella added: The societal role depends on the participation of everyone, and the belief in the importance of upholding human values ​​and solidarity in support of the weak, for each of us has a role and we can make a positive impact. Pointing out that the UAE is the homeland of goodness, and humanitarian work in this good country transcends borders and obstacles, and presents the community with human values ​​that our Arab region desperately needs.

To achieve the desired goal, YouTuber Hassan Suleiman “Abu Fella” imprisoned himself in a glass room in the center of Dubai, specifically in the “Burj Plaza” area in the vicinity of the Burj Khalifa, the tallest man-made building in the world, and pledged himself and his followers not to leave it until the required amount of 10 was completed. Millions of dollars, to broadcast from there the content of the initiative on his YouTube channel in a live broadcast for 268 continuous hours to encourage contributors from everywhere in the world to support refugees and the needy in the Arab world and Africa to overcome the harsh conditions of the winter season, and to restore warmth to their tents, places and gatherings.

Throughout the campaign, which lasted 12 continuous days, the Burj Khalifa, the tallest man-made building in the world, celebrated the giving and contributions of donors, with every million that the wholesale succeeded in collecting to support refugees and the needy in the Arab world and Africa to overcome the harsh conditions of winter.

The initiative managed to break a Guinness World Record for the longest continuous live broadcast (video). The live broadcast, which was presented by “Abu Fella”, lasted 268 hours, 14 minutes and 20 seconds, and ended on the night of Tuesday, January 18, exceeding the previous record recorded for a live broadcast that took place in China between December 16 and 27, 2020, and lasted for 259 hours, 46 minutes and 45 seconds.

The broadcast also set a new record for the largest number of direct views in one moment for a humanitarian campaign via YouTube, which amounted to 698,000 direct viewers, which indicates the high level of interaction with the “Let’s Make Their Winter Warmer” initiative with its lofty humanitarian goals, especially since the average viewing period for each person was 4 minutes, a number that exceeds the general average of video views on social networking sites, and the total watch time for all viewers exceeded the 1.6 million hour barrier.

The “Let’s Make Their Winter Warmer” campaign received a wide regional and global welcome, as the number of donors reached more than 155,000, and many international media outlets praised it, which praised the role of the United Arab Emirates and its efforts in humanitarian and charitable work until it became the capital of humanity and the energy of hope from which everyone draws. poor and needy

The campaign also received a wide interaction from celebrities and influencers and a great contribution by Arab and international societies and institutions, and with the support of citizens and residents in the United Arab Emirates, which confirms that the UAE is a country of benevolence and giving and its wise leadership is a unique model of global humanitarian giving. on which he was raised.

These were the details of the news “Let’s Make Their Winter Warmer” won two Guinness World Records for this day. We hope that we have succeeded by giving you the full details and information. To follow all our news, you can subscribe to the alerts system or to one of our different systems to provide you with all that is new.