Oil prices are at their highest since 2014 due to supply... 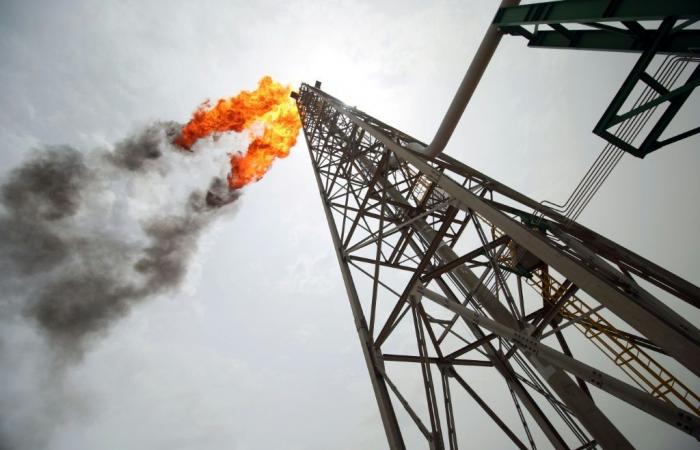 Crude oil prices hit their highest level in more than seven years on Tuesday, driven by supply turmoil, severe geopolitical tension and rising demand despite the spread of the Omicron.
At about 8:50 GMT, a barrel of Brent oil, a reference North Sea, was being traded at 87.60 dollars, after it jumped to 88.13 dollars earlier. Thus, it slightly exceeded its level for October 2014 ($86.74) in the morning in Asia, a day after it reached its level in October 2018.
The price of a barrel of West Texas Intermediate crude futures reached $85.25 after reaching $85.74 in Asian trading, the highest level recorded since October 2014.
Several factors are behind this new rise in oil prices, especially the halt in production in “Libya, Nigeria, Angola, Ecuador, and recently in Canada due to severe frost,” according to Hussain Sayed, an analyst at Exinetti.
For his part, Walid Kodmani, an analyst at XTP, said, “The markets are still focused on the delicate balance between supply and demand, which appears to have a significant impact on price fluctuations throughout the post-epidemic economic recovery period.”

Geopolitical tensions are added to the equation, and this is in several regions of the world at the same time, from the Gulf to Ukraine.
On Monday, the Yemeni Houthi rebels claimed an attack in Abu Dhabi that resulted in the explosion of fuel tanks and the killing of three people, while the rebels called on civilians to stay away from “vital installations” in the Gulf state. The news raised concerns about energy supplies from the oil-rich region.
ING analyst Warren Patterson said these events “further moved prices.”
Attention is also drawn to the continuing threat of a Russian invasion of Ukraine. Some analysts say that with new disruptions in Russian gas supplies to Europe, energy prices and therefore oil could rise further.
Natural gas prices, which are mainly very high, contribute to the rise in oil prices. It is caused by “a high demand for diesel and fuel instead of natural gas wherever possible,” says Piare Schieldrop, an analyst at SEP.
With regard to the Covid-19 mutant omicron, which was initially considered a threat to oil purchases, it was found to be less dangerous to demand compared to the previous mutant.

OPEC is in a position of strength

“Only OPEC members and their allies can reduce prices at this stage by pumping more oil,” Sayed added. He continues, “Instead, the OPEC Plus countries will most likely stick to their strategy of gradually softening to reduce production, because they are benefiting from the currently high prices.”
The Organization of Petroleum Exporting Countries (OPEC) and its ten allies, including Russia within the OPEC Plus alliance, announce month after month a marginal increase in their production goals and are struggling to achieve them, which does not allow meeting the needs.
And Saudi Arabia announced at the beginning of the year that it was necessary to respect production ceiling agreements. In other words, members with spare capacity cannot step in to compensate for the underproduction of members who are unable to meet the production threshold.
And Joel Hancock of the French financial group Natixis predicted that “the production differentials of OPEC + members are widening, with Russia being the engine of the next big deficit.” According to him, given that the rise in oil supply outside OPEC + and outside the United States is “relatively weak”, “resorting to US shale oil will be necessary to meet the expected growth in consumption.”
Many analysts now expect crude oil prices to rise above $90 a barrel or even cross the $100 threshold. For Hussein Sayed, “what seemed impossible months ago, now has a great opportunity to come true.”
Goldman Sachs analysts, for example, believe that Brent may reach $96 this year and then $105 in 2023, according to a note published Monday.
amp/light/tomorrow

These were the details of the news Oil prices are at their highest since 2014 due to supply... for this day. We hope that we have succeeded by giving you the full details and information. To follow all our news, you can subscribe to the alerts system or to one of our different systems to provide you with all that is new.