Operational action against Houthi attacks in the UAE and Saudi Arabia 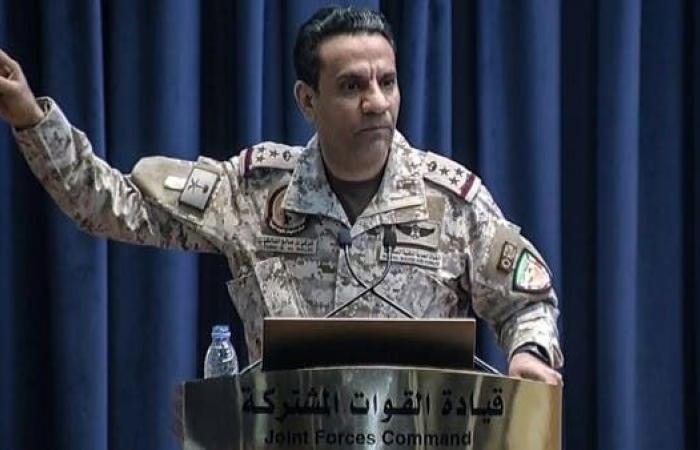 The official spokesman for the coalition forces, Brigadier General Turki Al-Maliki, confirmed, on Monday, that the hostile attacks of the Iranian-backed terrorist Houthi militia today deliberately Targeting civilians and civilian objects, as well as economic installations In both Saudi Arabia andUAE They represent war crimes whose perpetrators must be held accountable. They also sound the alarm and threaten this terrorist militia for regional and international security.

Al-Maliki said that the leadership of the joint forces of the coalition will take the necessary and necessary operational measures to deter these hostile behaviors of the Houthi militia against civilians, civilian objects and economic facilities in the Kingdom and the UAE in response to the threat and to achieve the principle of military necessity to protect civilians and civilian objects within the role and tasks of the Joint Forces Command of the coalition and its contributions to maintaining regional and international security for Yemen and the region In order to achieve collective security for the interests of the international community.

Brigadier General Al-Maliki also made it clear that the sinister hostile attack on the UAE by targeting two economic facilities and targeting Abu Dhabi International Airport with three booby-trapped drones, which the Houthi terrorist militia adopted as one of Iran’s arms in the region, is a cowardly, hostile act, which represents a flagrant violation of international humanitarian law and its customary rules and contradicts human values ​​by deliberately targeting innocent civilians.

He also indicated that this escalation and hostile behavior of the Iranian-backed terrorist Houthi militia confirms the threat of this terrorist militia and its undermining of regional and international security, and that these attacks are an extension of the threat to the freedom of maritime navigation and global trade in the Bab al-Mandab strait and the southern Red Sea, and the development of its hostile operations for maritime piracy operations and the threat to the safety of airspace. regionally.

For its part, the Houthi militia claimed responsibility for the terrorist attack, according to what the “Reuters” agency quoted a spokesman for.

These were the details of the news Operational action against Houthi attacks in the UAE and Saudi Arabia for this day. We hope that we have succeeded by giving you the full details and information. To follow all our news, you can subscribe to the alerts system or to one of our different systems to provide you with all that is new.