Hello and welcome to the details of Election fraud belief undimmed for Trump fans, despite party hopes and now with the details

FLORENCE, Jan 17 — Jonathan Riches has been to 40 Donald Trump rallies and fervently believes the last US presidential election was stolen.

Like thousands of others who spent hours in a dusty field in Arizona this weekend to watch the former president speak, that belief is a bedrock — no matter how much the Republican Party leadership wishes otherwise.

“We love our president. I call him President Trump because I still consider him my president,” Riches, 44, told AFP.

Riches was among fellow believers in Florence, 60 miles (100 kilometers) outside Phoenix for Saturday’s rally.

Some had arrived days in advance and travelled long distances — Riches is from Tampa, Florida — and were getting together in a party atmosphere with friends from all over the country.

“It’s awesome,” said Jennifer Winterbauer, who had journeyed from Texas.

“I have better friends here than I do at home. Everybody is like family.”

The reunion was treated to a greatest hits of Trumpism, as speaker after speaker blasted President Joe Biden as “deranged,” hit out at the “lamestream media,” lamented supposedly “open borders” and railed against Covid-19 masking and vaccines.

But the dominant theme was debunked theories about electoral fraud and the illegitimacy of the 2020 presidential poll.

Senior Republicans wish it was different.

“I think Senator Rounds told the truth about what happened in the 2020 election,” McConnell told CNN. “And I agree with him.”

McConnell has gently tried to pivot the Republican Party away from a fixation on re-litigating 2020, which Biden won by millions of votes.

Dozens of legal attempts to overturn part of the ballot have failed and no credible evidence of significant voter fraud has emerged.

With the 2022 midterm elections in focus, McConnell wants to concentrate his fire on Biden’s record after a difficult first year in office, with Covid surging, inflation skyrocketing and grocery shelves hit by supply chain difficulties.

But Trump’s hold on a significant proportion of the Republican Party base — and the demand that the 2020 election be re-fought — makes that difficult.

“You’re gonna have the same problem. Because just like he (Trump) says, when you rob a bank, you get caught. You don’t get to keep the money. And you don’t get to go away scot-free.”

Speakers were introduced as “Trump-endorsed” and all of them cast doubt on 2020.

“That election was rotten to the core,” Congressman Paul Gosar told the crowd.

When Trump took to the stage, he set about a binary classification of people — those who signed on to his theories about fraud were “smart” and “tough,” while those who didn’t were “horrible” and “weak.”

The message was clear: without getting in line on election fraud claims, no-one will get Trump’s endorsement.

It was music to the ears for Will Garrity, who had travelled from Houston, Texas.

“You can’t tell me that it was a legit election,” he said.

“If you really pay attention to the facts to various audits, various information that’s coming out, you see it. I mean, it’s crystal clear.”

While that view was consistent in Florence on Saturday, it is not what the country at large thinks.

An Axios-Momentive opinion poll published this month found that around 40 per cent of Americans believe the vote was compromised.

That leaves a majority who want to move on, and for Senator Mike Rounds, the party’s inability to do so could hurt them.

“The election was fair — as fair as we’ve seen. We simply did not win the election as Republicans for the presidency,” Rounds told ABC News last week.

“Moving forward, we have to refocus once again on what it’s going to take to win the presidency,” he added.

“And if we simply look back and tell our people don’t vote because there’s cheating going on, then we’re going to put ourselves in a huge disadvantage.” — AFP

These were the details of the news Election fraud belief undimmed for Trump fans, despite party hopes for this day. We hope that we have succeeded by giving you the full details and information. To follow all our news, you can subscribe to the alerts system or to one of our different systems to provide you with all that is new. 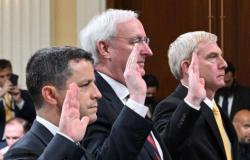 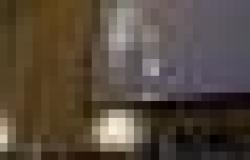 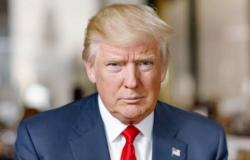 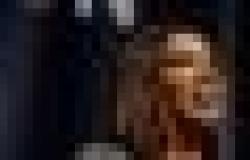