“Babylon Massacre” .. A source reveals the opening of an investigation... 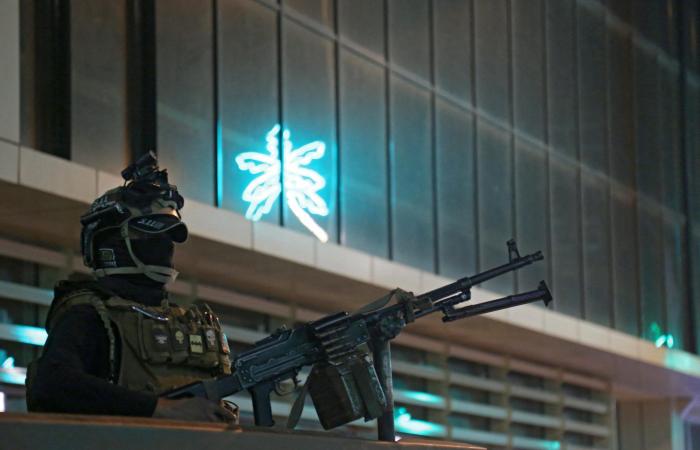 An official source in the Babylon Police Command revealed to the Free Press, on Friday, the issuance of arrest warrants against a number of officers who were accused of “negligence” in the incident in which 20 people were killed yesterday, Thursday.

And the Iraqi Security Media Cell confirmed in a statement that the Commander-in-Chief of the Armed Forces, Mustafa Al-Kazemi, had ordered the National Security Agency, in coordination with the Babylon Governorate Appeal Court, to investigate the file of the Al-Jableh incident, in which twenty people from two families were killed.

The cell’s statement added that the decision came to determine the circumstances of the accident and to hold the negligent accountable, as a number of officers and people were arrested in connection with the accident, and the investigation is still ongoing.

The Minister of Interior, Othman Al-Ghanimi, who visited the Jableh region, on Friday, decided to dismiss the police chief of Babil Governorate over the incident.

He also directed the formation of a specialized investigative committee to investigate the force that carried out the duty in this incident, and this committee would support the judicial investigation. He instructed the concerned technical authority, including the Criminal Evidence Directorate, to expedite presenting its results in the file of this incident.

The Human Rights Commission in Babylon had criticized the security forces’ handling of the incident, which led to Thursday’s “massacre”.

The spokesman for the Director of the Office of the High Commissioner for Human Rights in Babylon, Mohsen al-Khafaji, told Al-Hurra that the security force implementing the aforementioned duty did not observe human rights principles and the provisions of the constitution in the way of dealing with an accused who is holding hostages, calling for urgent legal action.

The Babylon operations announced, on Thursday, 20 people killed In a raid on the house of an Iraqi, accused of terrorism, who killed all his family members, before committing suicide after the Counter-Terrorism Service surrounded his house in Jableh district in Al-Rashaid village, north of Babil Governorate.

Babylon operations confirmed at the time that the number of victims of the “Jableh massacre” amounted to 20 dead, and said in a statement that at three o’clock Thursday afternoon, and after information was received by the Jableh intelligence that there were two wanted men in the Al-Rashid area in the house of the so-called Rahim Kazem Ayadah Al-Ghuriri, an intelligence detachment came out. He mounted him to the place in question, and when they reached the house, the owner of the house opened fire on his intelligence detachment.

Then, the statement added, according to the statements of an intelligence officer in Jableh, that Mr. Qazi Jableh was contacted and the approvals were taken, after which a call was sent to the “Swat” detachments (rapid intervention forces) who came to the place concerned.

The statement added that the forces cordoned off the house and confrontations took place between them and the owner of the house, who did not turn himself in.

She confirmed that the owner of the house shot two of its employees, one of them in the leg and the other on his body.

The operations indicated that the confrontations ended at seven o’clock in the evening, and that it was found after that, and when the force entered the house, they found the whole family killed.

“Babylon Massacre” .. The police surrounded his house and killed his entire family

On Thursday, an Iraqi accused of terrorism killed all his family members, before committing suicide after the Anti-Terrorism Service surrounded his house in Babil Governorate.

These were the details of the news “Babylon Massacre” .. A source reveals the opening of an investigation... for this day. We hope that we have succeeded by giving you the full details and information. To follow all our news, you can subscribe to the alerts system or to one of our different systems to provide you with all that is new.